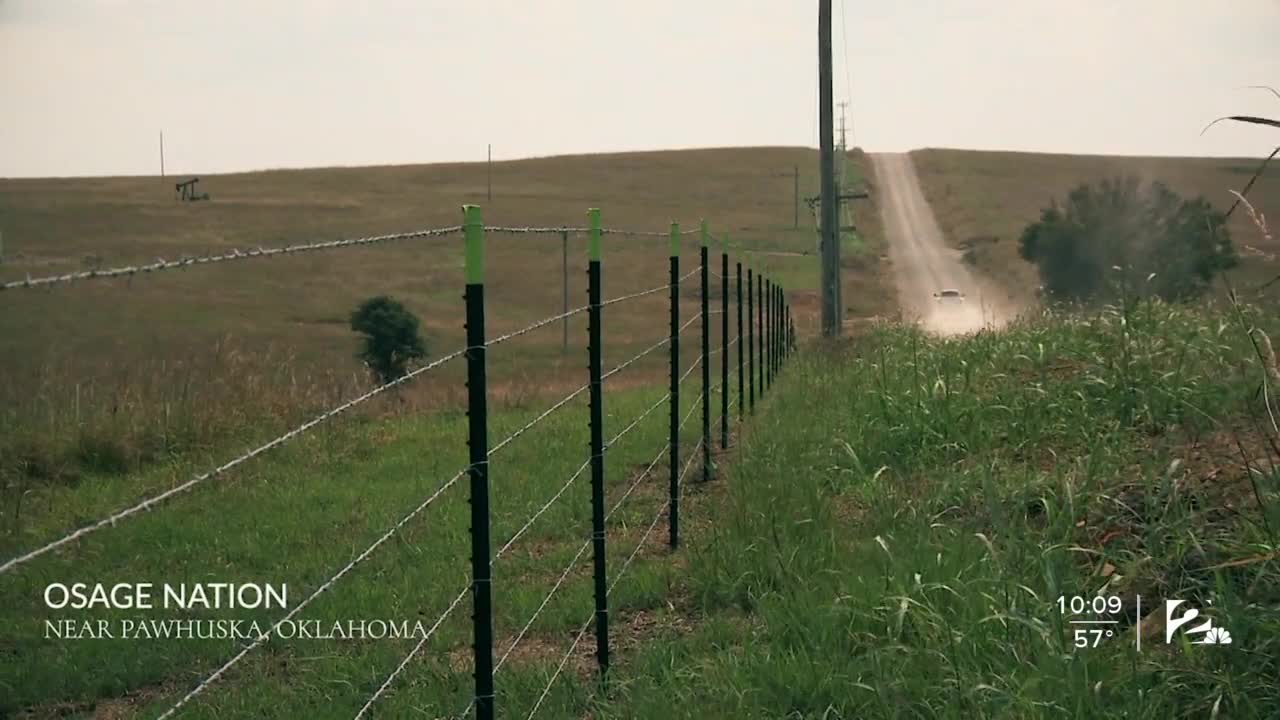 OSAGE COUNTY, Okla. — “This was not only to react to the pandemic, but to prepare for the pandemic,” said James Weigant, the Osage Nation COVID-19 Task Force Coordinator.

This summer, the federal government set aside $8 billion in CARES Act money for tribal governments across America to help tribal members through the coronavirus pandemic.

It’s a lot of money for the tribes to distribute, and it goes beyond a stimulus check. In special coverage, 2 Works for You takes a closer look at how that money is being used in Native America: The Road to Recovery.

Tony Russell visited the Osage Nation to learn about emergency relief funds to provide food to its citizens.

This is Osage land. Their pastures. Their reservation and it is larger than the state of Rhode Island. Now their cattle are part of a long-term effort to keep the tribe fed during the pandemic.

“The Osage Reservation is gigantic. It’s 1.47 million acres, and many of our communities are in a food desert where their shopping options are limited to a Dollar General-type store and with so few options, to begin with, when the pandemic came in, it made things incredibly worse for these small towns,” said Weigant.

One of the first things we realized was that people would go into grocery stores, and there would be nothing on the shelf or the food that was there was three times what it used to cost.

The Osage Nation received $45 million in funds. They’re using a large chunk of it to address the food crises by building a meatpacking facility in Hominy and a produce warehouse and fish farm in Pawhuska.

Native America: The road to recovery

“The national food system was so significantly disrupted that we came to the realization that Indian Country needed to get in the driver’s seat and take charge of filling the gaps in those tribal food systems,” said Carly Griffith Hotvedt with the Indigenous Food & Agriculture Initiative.

Hotvedt, a Cherokee citizen, is helping the Osage Nation ramp up its food security system.

Now the Osage Nation will process its cattle, grow its vegetables, and raise fish with these facilities.

“We wanted to have something that once this is all done with that we have something to show for it--this is going to fix a problem that we’re facing right now, but in the future, it will be an asset for the Osage people to be proud of,” said Weigant.

Some tribes didn’t receive funds for several months after the CARES Act passed and are now working to meet a federal deadline to spend the money by the end of the year.

“It was all hands on deck. They say you’re building the track as the train is rolling down the track. That’s not what we were doing. We were building the airplane as it takes off. We had contracts in place, build/design contracts it was, ‘go get it done. This needs to be done now,’” said Weigant.

This is why the Osage Nation is investing in food production while some tribes are reportedly spending all of their funds on individual relief payments.

“I’m heartened by the response in Indian Country for tribes that have made agriculture and processing and production in their food systems a priority, so it’s going to be really exciting,” said Hotvedt.

A response that doesn’t just provide a mirage in the food desert but provides a sustainable source of affordable food for years to come.