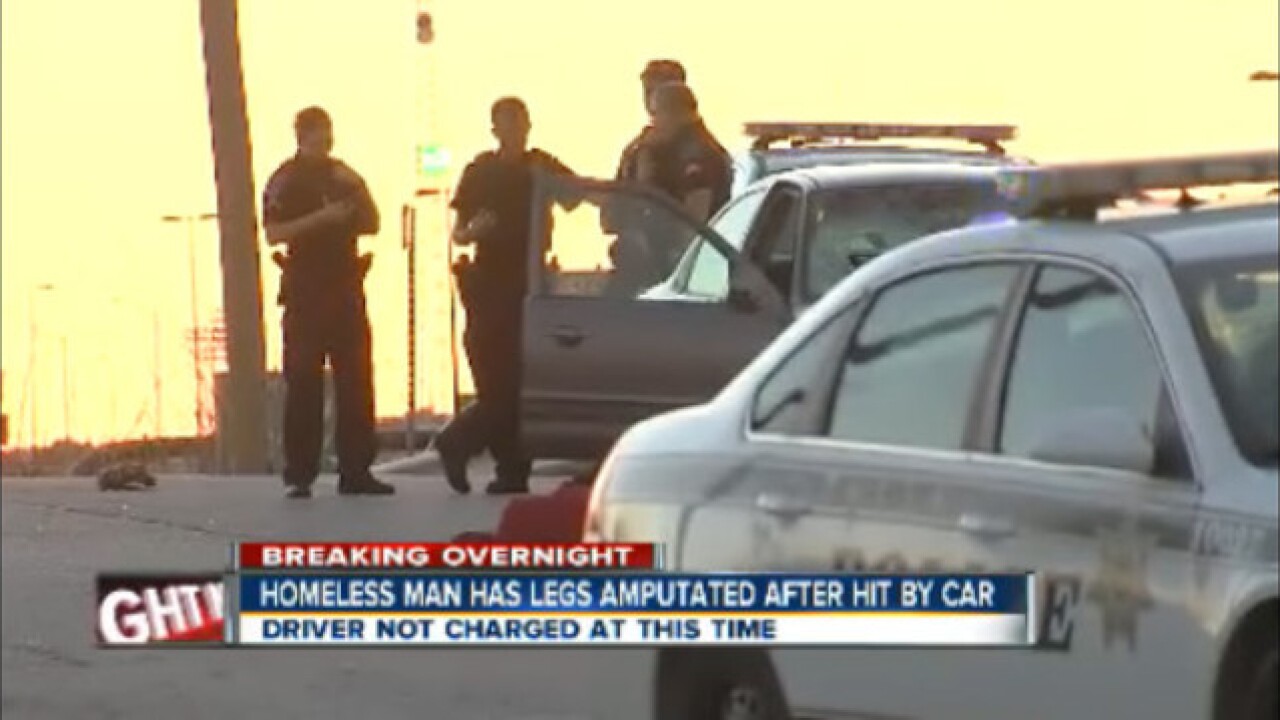 TULSA -- A man is recovering in the hospital after doctors removed both of his legs following a wreck in midtown.

Police said a car struck Jason Gambler, 37, as he walked down the street near First and Rockford Sunday evening.

Police said a car came over a hill there and hit Gambler while he pushed a shopping cart filled with scrap metal.

Paramedics rushed Gambler to St. John Medical Center, where doctors expect that he'll survive despite having to remove both of his legs below the knee.

Officers said the driver will not likely face charges because she was not intoxicated and appeared to be driving safely within the speed limit and in the correct lane.