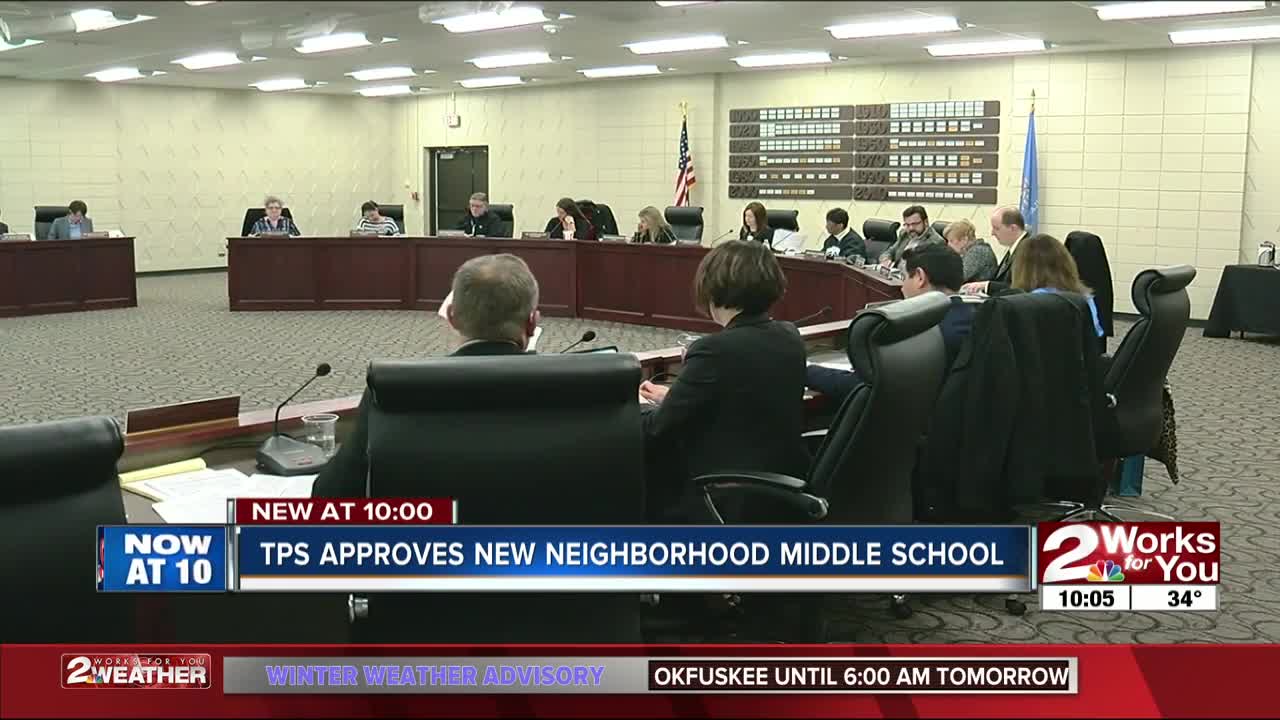 TULSA -- Changes are coming to the Tulsa school district. The board voted Tuesday evening to create a single neighborhood middle school at Monroe Demonstration Academy.

The new middle school will serve sixth through eighth graders who feed into McLain high school.

Members of the North Tulsa community say it’s been a long process to get to this vote.

“It has been too long that children have been falling through cracks,” said Reverend M.C. Potter, a member of the North Tulsa Task Force.

With the recommendation of the North Tulsa Task Force, Tulsa Public Schools is creating a single neighborhood middle school in North Tulsa at the Monroe Demonstration Academy.

"This recommendation doesn’t single handedly right all the wrongs for many decades but I do believe it will allow us to take steps in the right direction," said Richie Anderson, with the North Tulsa Task Force.

The middle school campus would absorb the Penn Elementary building, which is adjacent to Monroe. Penn students will either go to Hawthorne or Anderson elementary, depending on where they live. McLain Seventh Grade Academy will close, and sixth graders will be removed from seven elementary schools. Eighth graders from McLain High School will now go to the middle school, which frees up space for the ninth through twelfth graders.

"They took on an extraordinarily challenging task, they dove in and they did it wisely and tirelessly," said Dr. Deborah Gist, Superintendent of TPS.

On top of these changes, a parent resource center will open but an exact location is still being discussed.

These changes will be implemented for the 2019 to 2020 school year in Tulsa.

Dr. Gist plans to make a separate recommendation to the board, to have Gilcrease Elementary and ECDC Bunche become a pre-k through fifth grade school housed at the Bunche building. A community meeting on the potential changes is scheduled for next week.