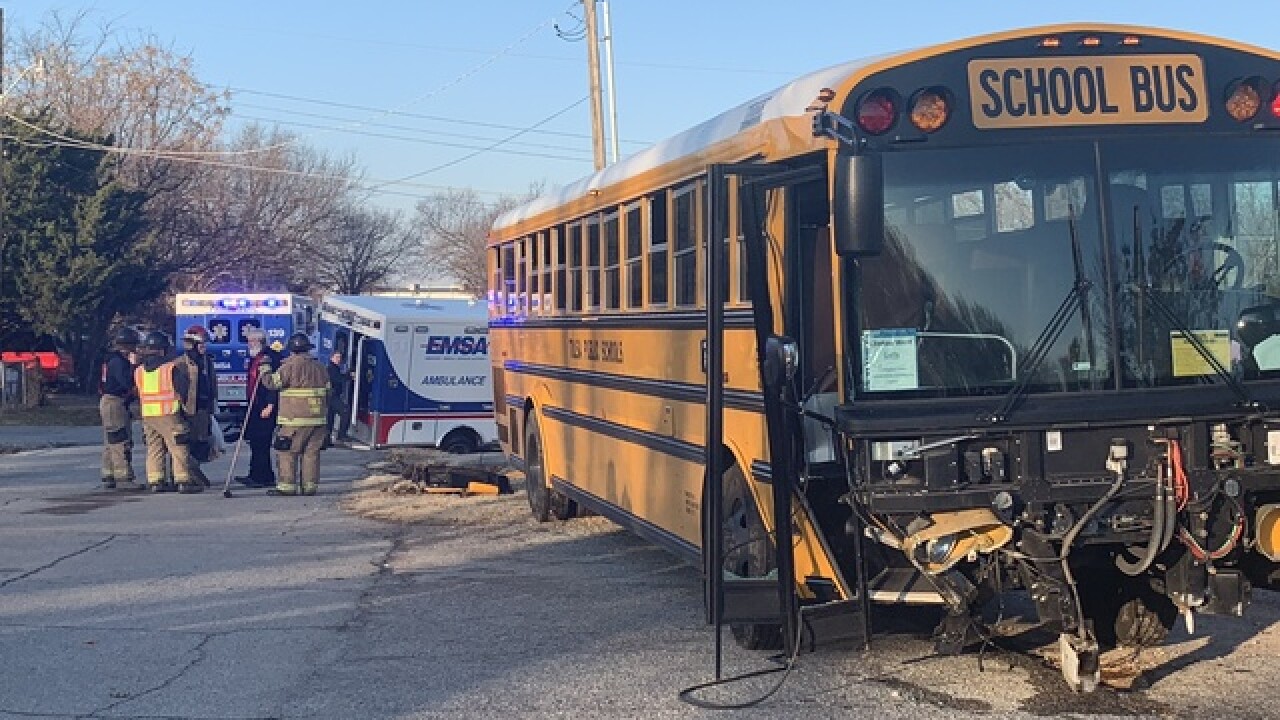 School officials said the accident happened in the 3800 block of West Skelly Drive.

Tulsa Police said a car ran a stop sign, tried to swerve, but ended up hitting the bus.

Police said the bus then hit a ditch and it completely tore off the front bumper and crushing the stairs.

25 students were on board at the time of the crash, but no injuries have been reported, officials said.

The bus was heading to Clinton West, officials said.

Police said there were five people in the car, four of which were young children.

Officials said the five people in the car were taken to a local hospital.

The EMSA taking them to the hospital got stuck in a ditch, officials said.

"Our process for these is that another bus comes to pick them up and get them to school," officials said.

2 Works for You crews are en route and we will update when more information becomes available.