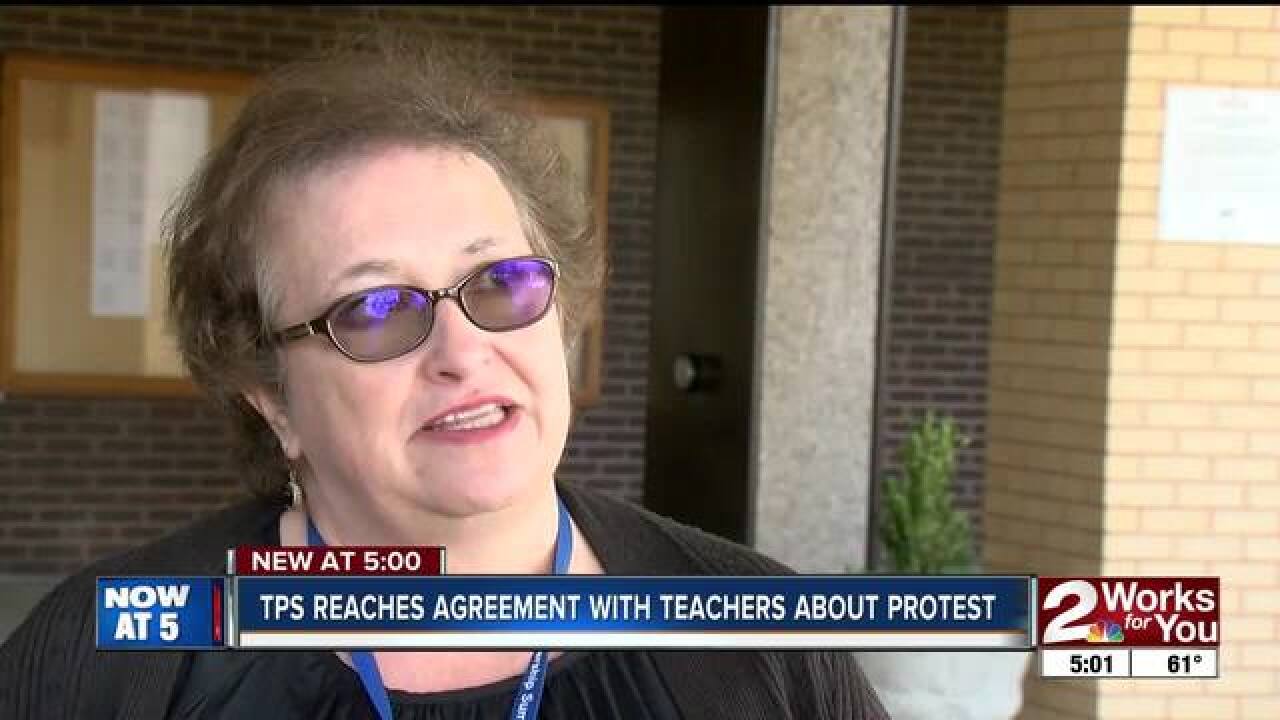 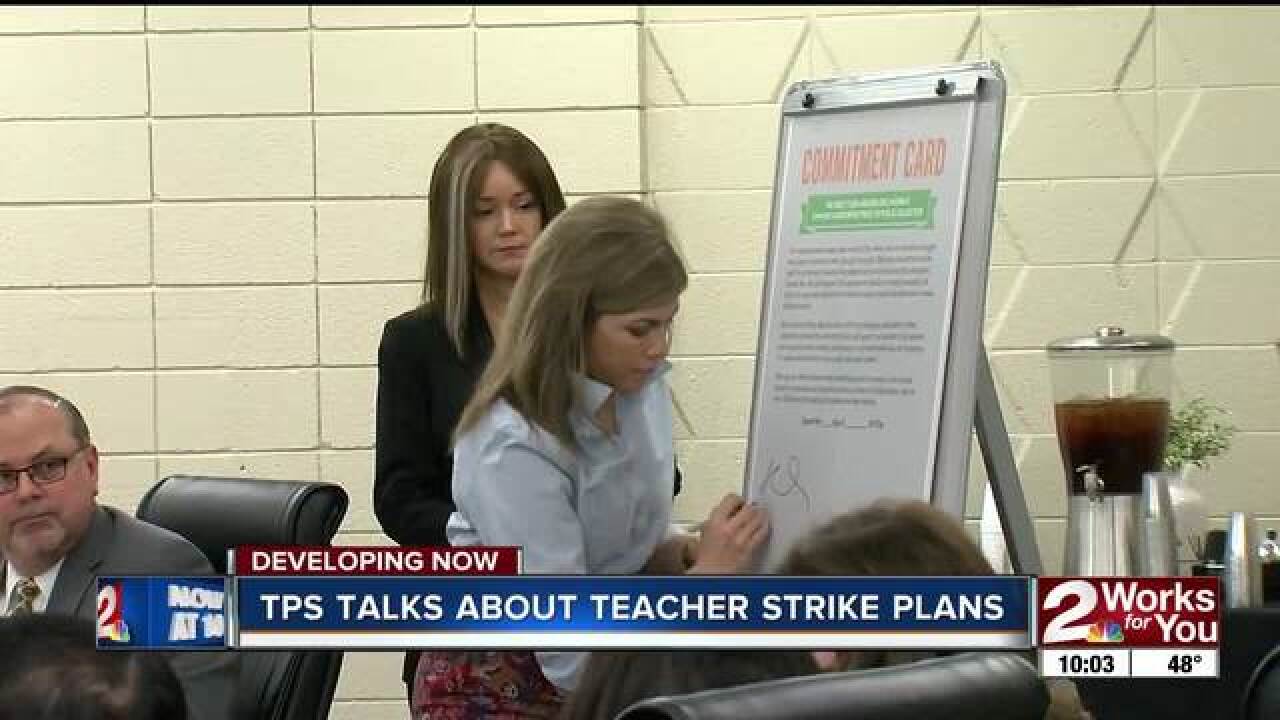 The resolution, which will be voted on at the board's next meeting, includes a plan the Tulsa Classroom Teachers Association said would lead to nine days of 'working the contract'.

TCTA said 'working the contract' means during the protest period before and after Spring break, teachers wouldn't come into work early or take work home with them.

"All those things that they do sitting on their couch sitting in front of the TV at night, we're asking them to not do and it's going to be hard. It's going to be very hard," said Patti Ferguson-Palmer, President of TCTA.

The plan would also include walkouts, strikes and other methods if need be.

"We’ll be escalating as needed up into a variety of really significant efforts that include one day walkouts and potentially even a more broad shutdown of schools if that option became necessary later in the school year,” said Deborah Gist, Tulsa Public Schools Superintendent.

TCTA said if the legislature doesn't respond with significant changes to addressing low teacher pay, there is also talk about 'rolling walkouts', where districts would periodically close down to send teachers and supporters to rally in Oklahoma City.

A group called Oklahoma Teachers United, said it doesn't support the 'working the contract' part of the plan.

”I got to say I’m shocked I mean just shocked that this is the version of this is what a protest would look like," said Larry Cagle, a member of Oklahoma Teachers United and a TPS high school teacher. "We are protesting the lack of wages and lack of funding in the school systems and you’re version of confronting this state legislature is that teachers will work only the hours they work? Is that actually a protest?”