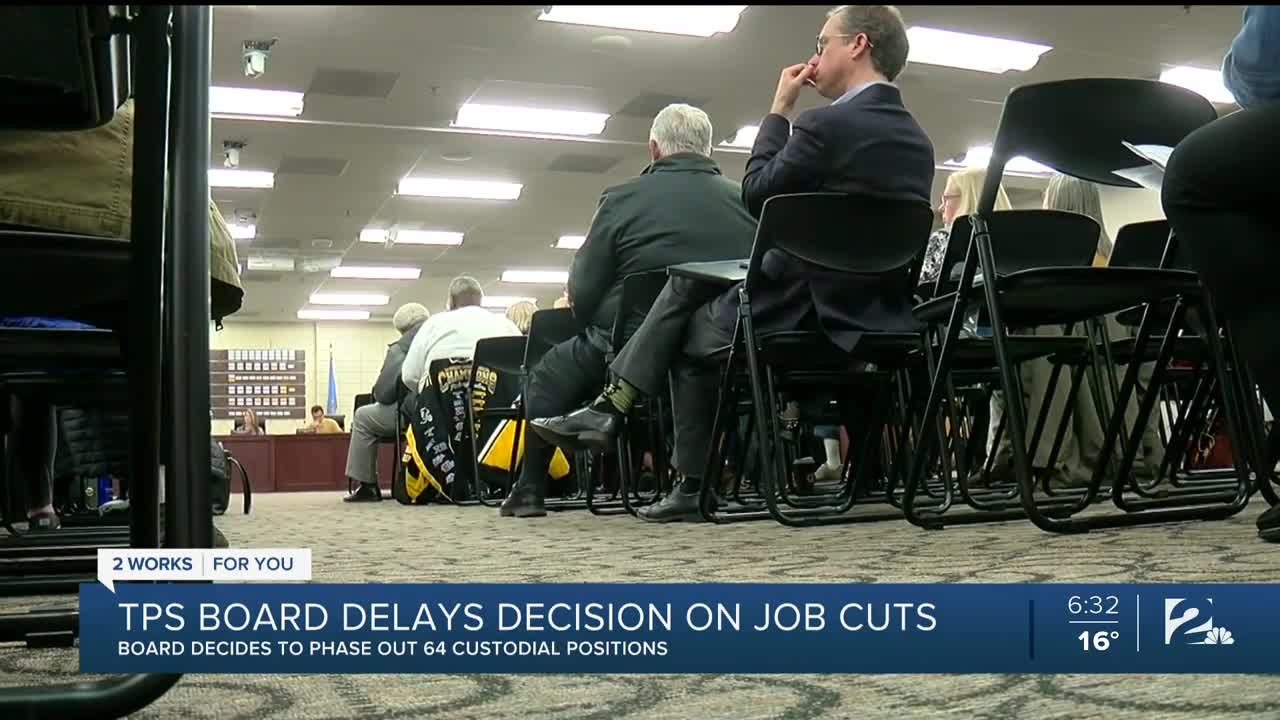 TULSA, Okla. — The decision to cut 174 from Tulsa Public Schools has been put on hold for now.

After hours of discussion, including a two hour Executive Session, the school board decided to table the discussion.

Many in attendance at the meeting were happy with the decision.

There are 174 positions possibly going to be eliminated, and 77 are staffed with either essential or non-essential employees.

One of the biggest topics of the night is the 64 custodial positions that would be phased out as an employee retires or leaves the district.

However, TPS plans to create 79 custodial positions, but they would only be on a 10-month contract and make less money.

The current contract is for 12 months.

Vice-President of the Tulsa Classroom Teachers Association said the board's decision Thursday night was a win for many.

"At the very least, we'll be able to look it over and be able to have even better questions than we had because we'll have some time with it," said Shawna Mott-Wright.

110 of the positions proposed to be cut would end on July 1.

The board also tabled its vote to create new positions that would replace some of those being cut.

The board is expected to hold another special meeting on Tuesday, February 18, to discuss even further and possibly vote on the cuts.