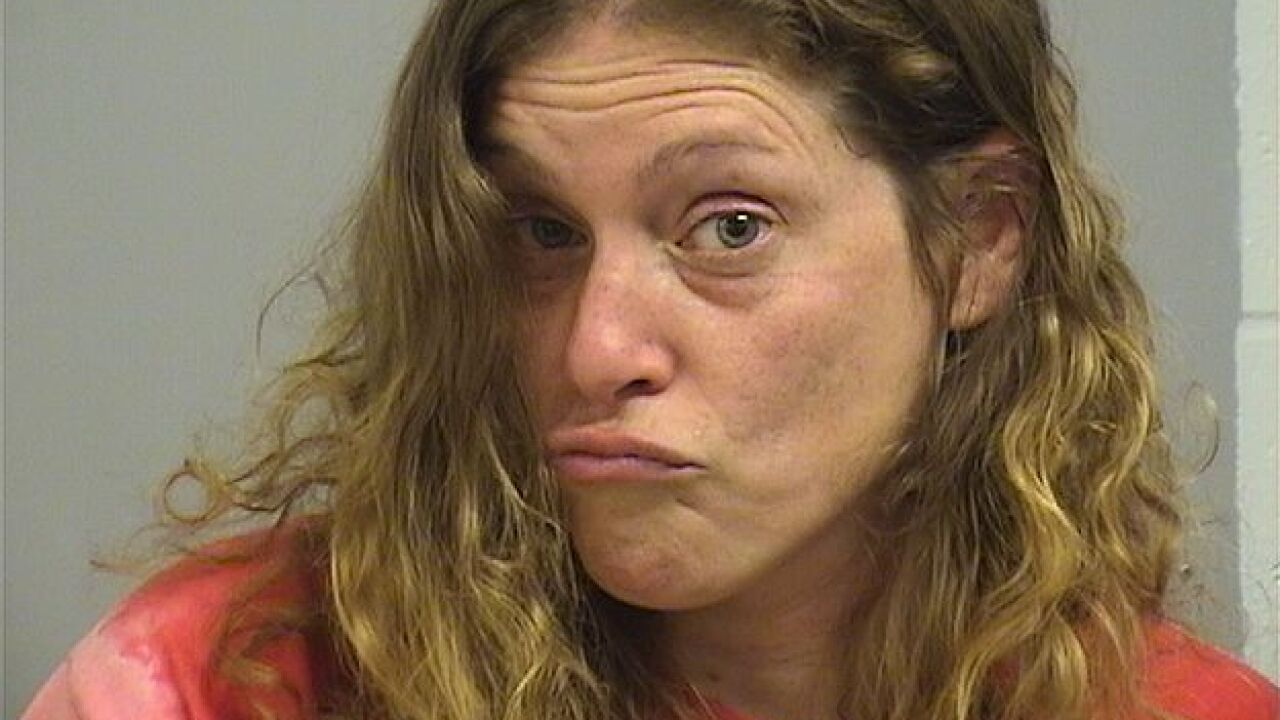 TULSA, Okla. — Tulsa police arrested a woman overnight after they say she threw a knife at police and set a house on fire.

Police said they responded to a call of a man and two women arguing. One woman, 45-year-old Casey Eichor, was acting aggressive towards people and properties in the neighborhood, police said.

Police said Eichor went into a home near 16th and South Peoria. When she came out, she began to spray lighter fluid on the porch, saying she was going to burn the home down. She tried to light it, but it failed.

Eichor went back inside the home and came out with a large kitchen knife, police said. She refused to put the knife down and became aggressive towards officers. Police said as Eichor threw a knife at one of the officers, they deployed pepperballs.

Eichor then went back inside the home, eventually setting it on fire. Officer went inside the home and took Eichor into custody. Police and the Tulsa Fire Department units put the fire out.

Police said Eichor is charged with attempted 1st degree arson, assault with a deadly weapon on police and obstructing police.