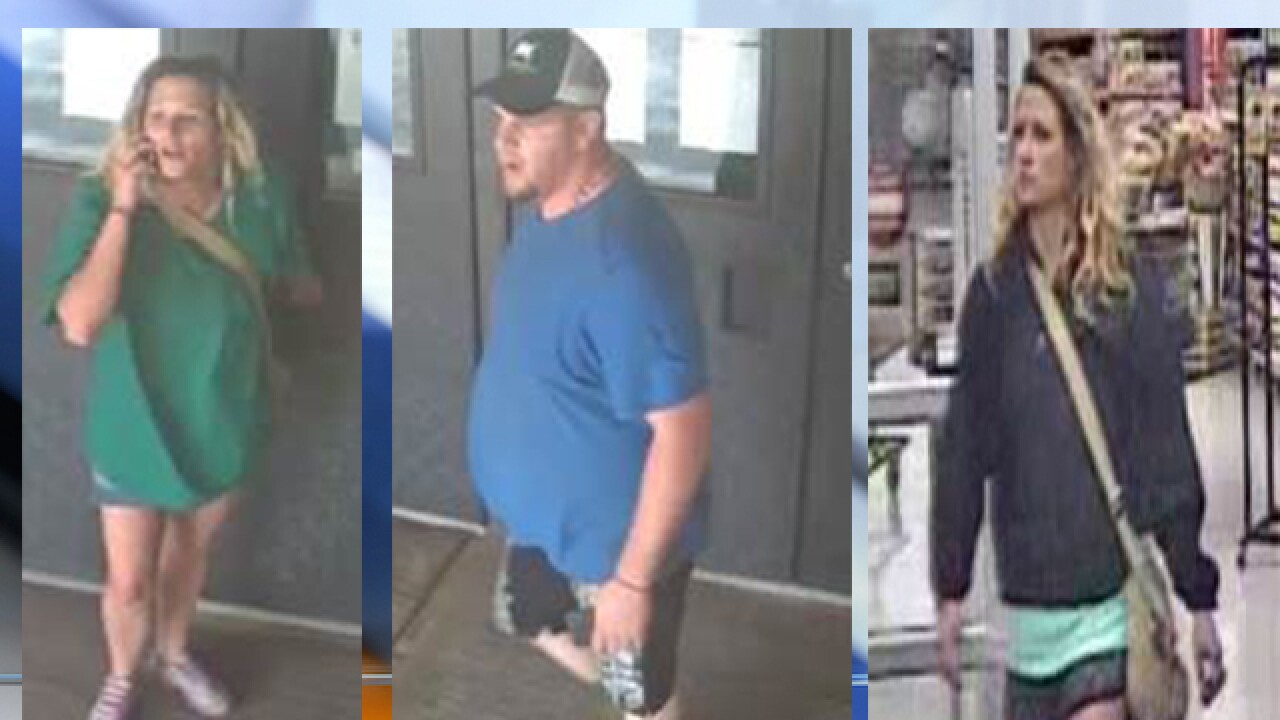 Tulsa police said they are seeking help from the public to identify robbery suspects.

Police said they are looking for two men and a woman who is accused of making threats and stealing a victim's wallet from their vehicle.

Officials said a victim was leaving his business near 31st and Garnett when they noticed a green car following them.

The victim told police that when the victim made it to the area of 102nd East Avenue and 27th Street, the green car blocked them in, police said.

Police said two men got out of the green vehicle, one carrying a large knife and the other a large pipe and a woman got out of the passenger side and all three approached the victim's car.

The woman opened the victim's passenger door and stole their wallet off the front seat, police said.

The white male suspect is described as 6'2-6'4 and weighing between 230-300 pounds. He was last seen wearing green cowboy boots, black shorts, a blue t-shirt and a ball cap, police said.

Police said the woman is described as 5'4-5'8 and weighing between 120-140 pounds. She was last seen wearing gray sneakers, blue shorts, a green shirt and was carrying a large tan shoulder bag.