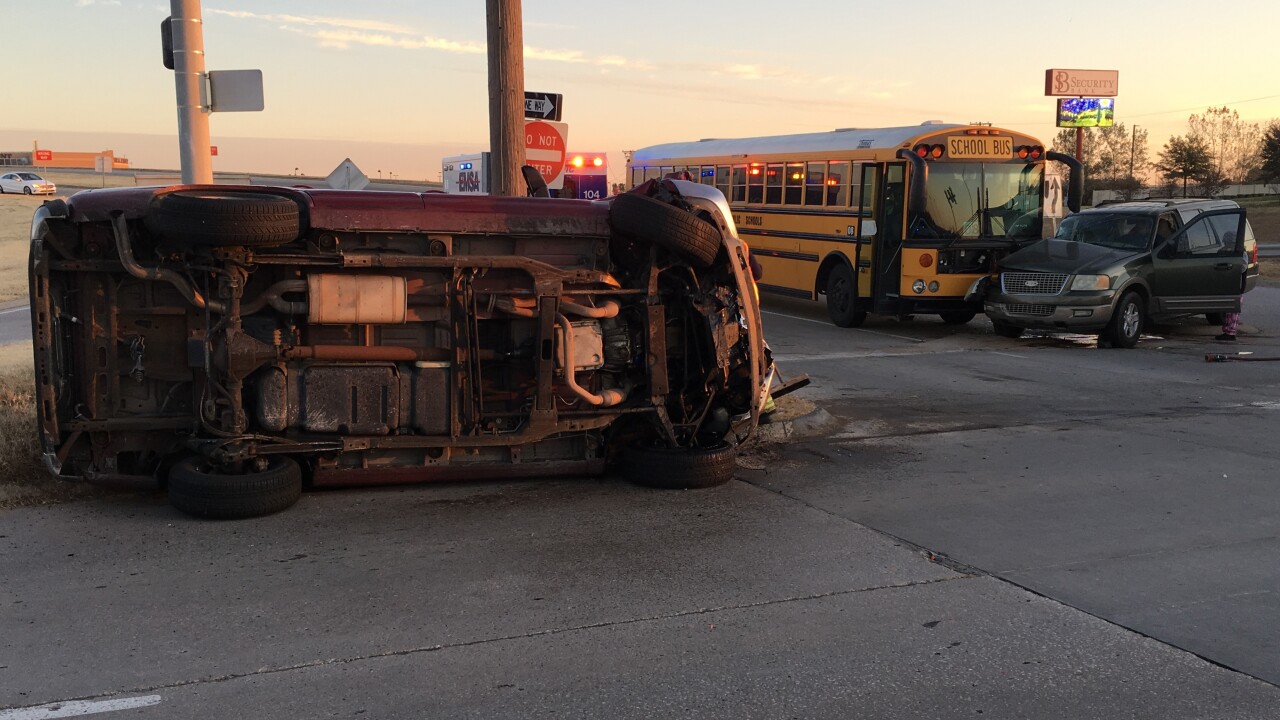 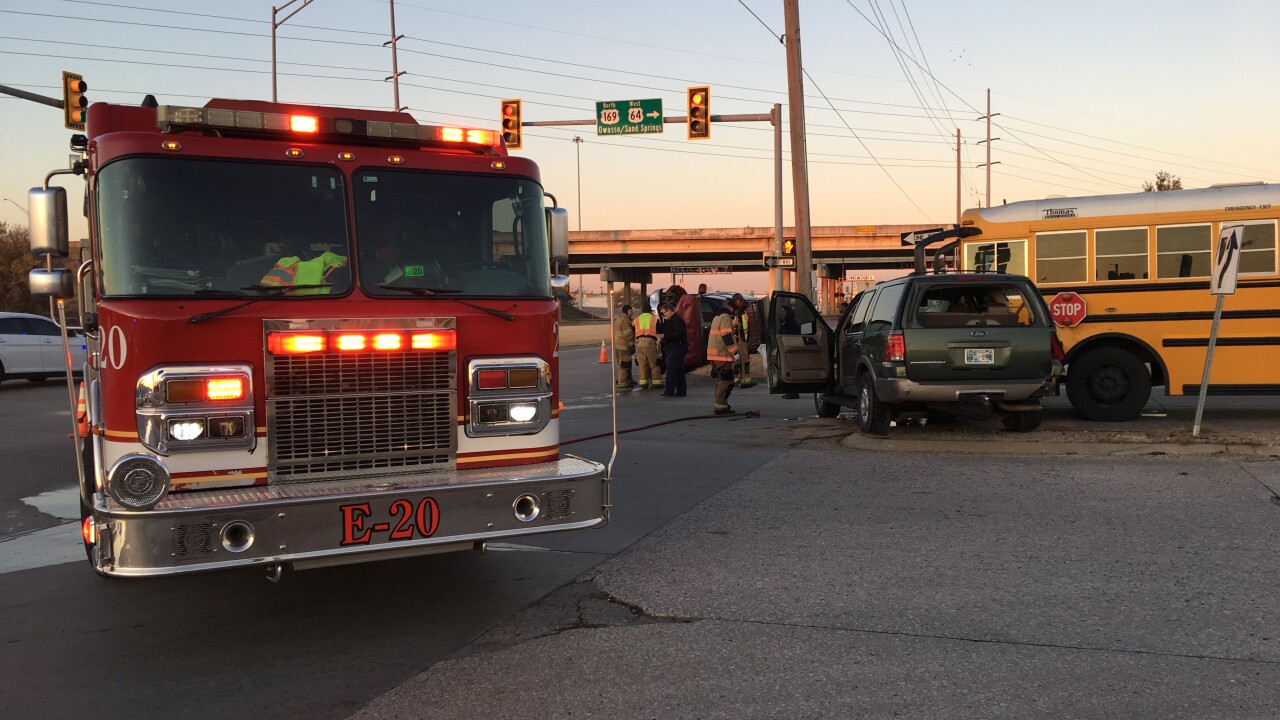 TULSA — Tulsa police are responding to an accident involving a school bus and two SUVs.

The bus involved in the accident was a Union school bus, Union officials say.

Only one child was on the bus and there were no injuries, police say.

Police say one SUV failed to yield at the intersection causing the other vehicle to hit it, sending the SUV into the bus.

Police tell us that the child on the bus was picked up by their parent.

At this time, westbound traffic is being rerouted to go back east.