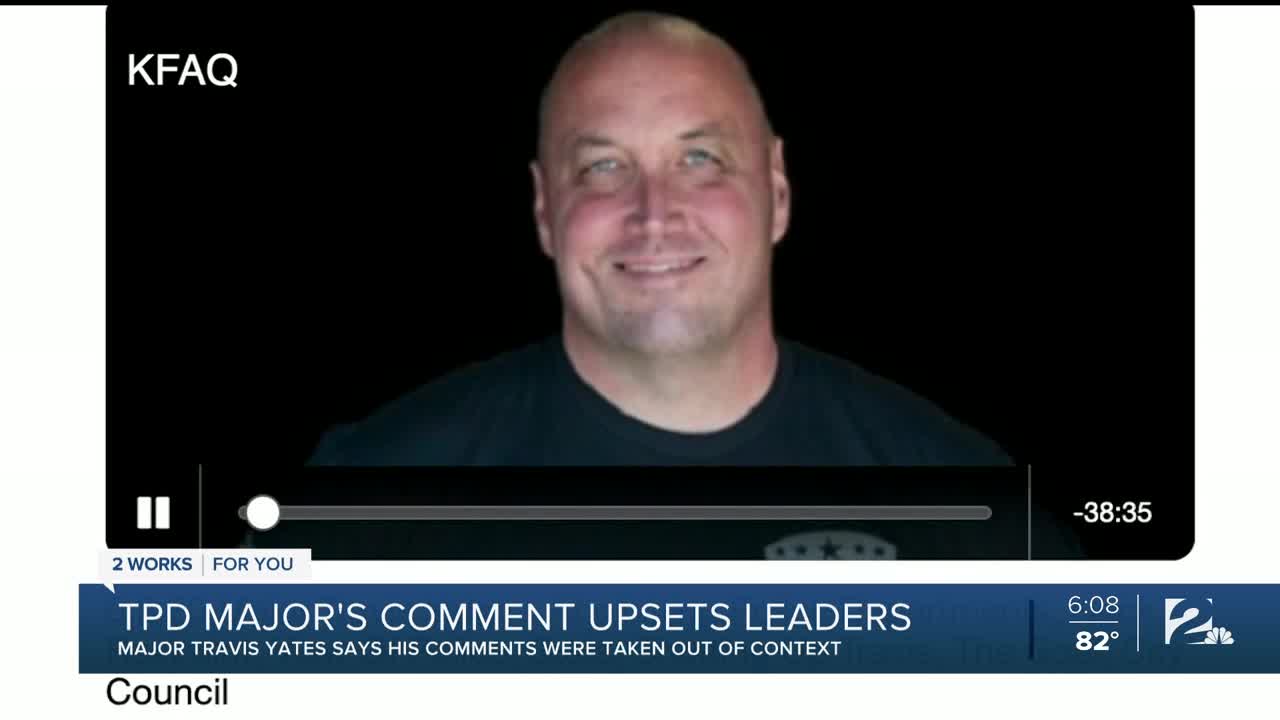 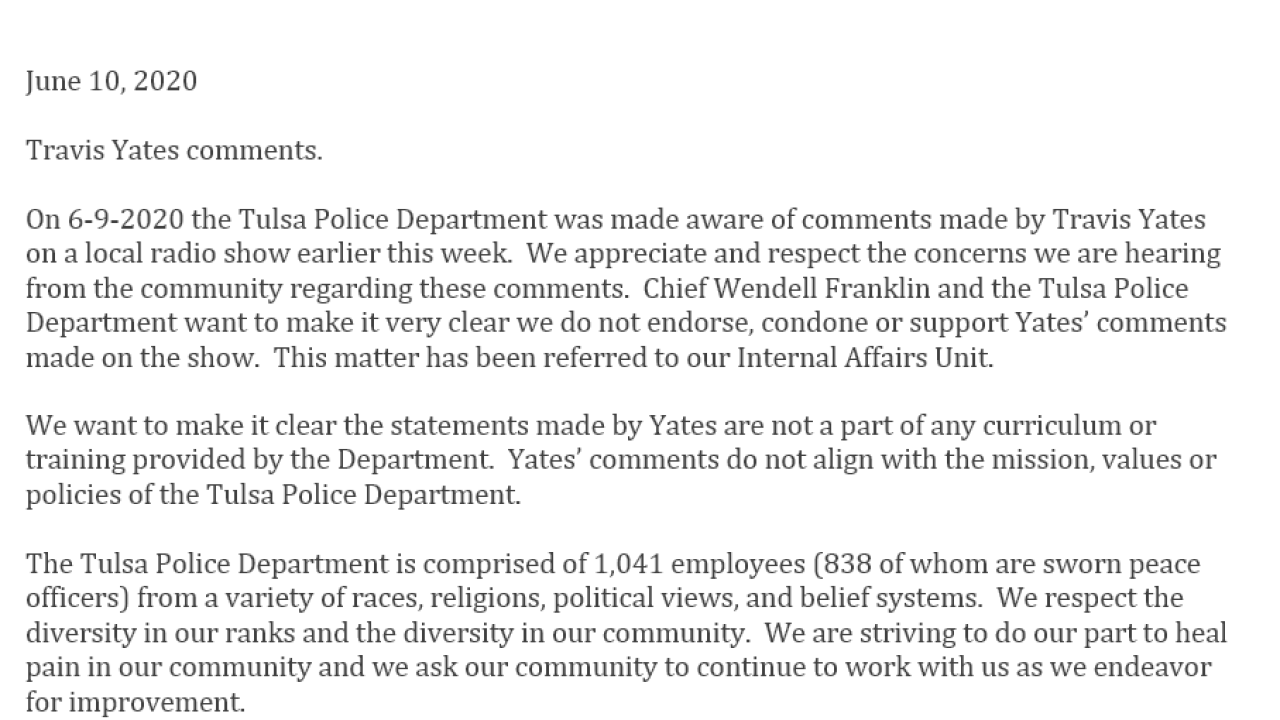 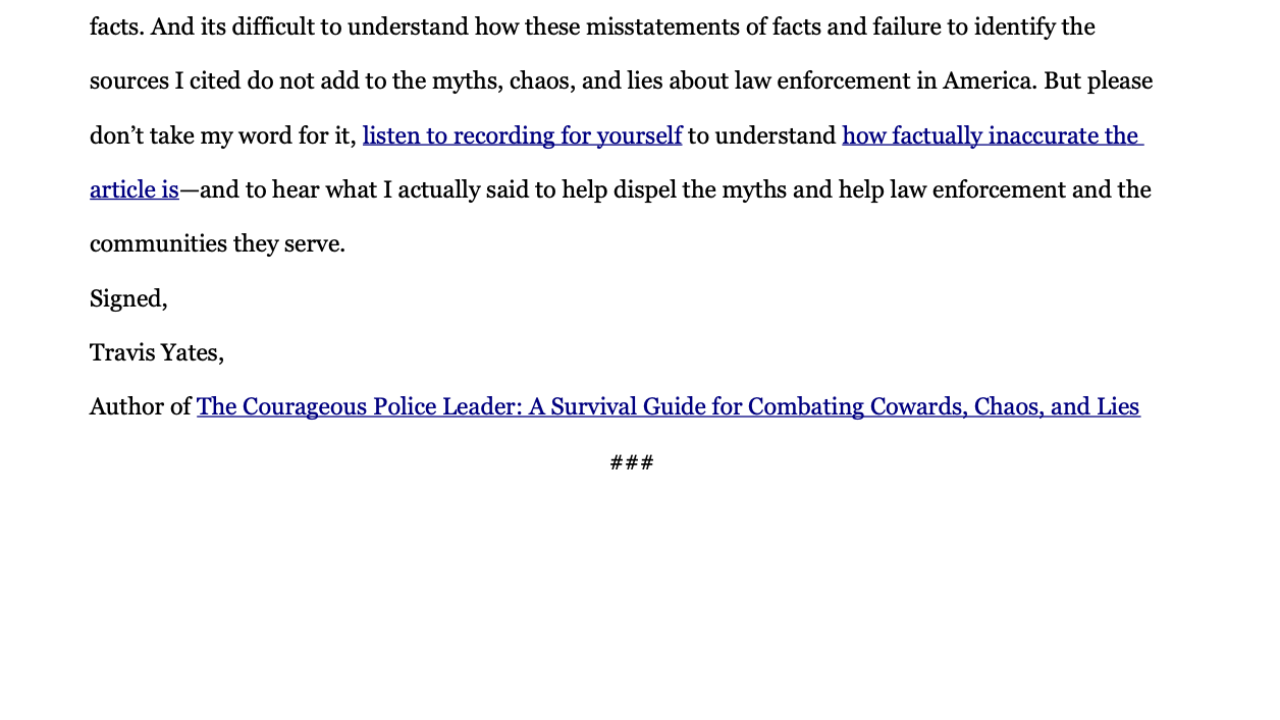 TULSA, Okla. — A Tulsa police major's controversial comments caught the attention of the chief and the Tulsa mayor.

During a recent radio interview, Major Travis Yates explained why he believes systemic racism "doesn't exist" and "all the research says we’re shooting African Americans about 24% less than we ought to be based on the crimes being committed.”

“He’s in a position of power in the police department," Harper said. "His attitude is going to go downhill to that young, brand-new officer or that officer in field training right now.”

During the Monday morning interview on KFAQ Talk radio 1170, Yates spoke with host Pat Campbell. Multiple times, Campbell reminded listeners Yates was there to speak not on TPD’s behalf, but as a private citizen.

Campbell and Yates touched on police brutality and the George Floyd case.

Yates said he believes the officer was not justified in using the tactic of placing his knee on Floyd’s neck, but said officers do what they can to get suspects cuffed, especially when suspects fight back.

"Force is used very, very infrequently: less than .3/.4% of the time in some cities,” Yates said.

Yates went on to explain why he does not believe systemic racism exists.

“All the research says we’re shooting African Americans about 24% less than we ought to be based on the crimes being committed,” Yates said.

Before that line, Yates said research by a Harvard professor supports his comments.

Yates also released a statement Wednesday saying that line was taken out of context and that he stands by what he said in the interview. Harper believes otherwise.

“He didn’t wake up today or yesterday and decide to make those statements,” Harper said. “This is something that has been going on since his inflammatory statements from 2016.”

Harper referenced an online essay Yates wrote in 2016 about the officers shot in Dallas and the ones killed in Baton Rouge of that year. Yates said in part, "solidifies what just about no one wants to acknowledge: we are at war!"

After that, a local civil rights group asked Yates to resign.

Wednesday, Tulsa police addressed Yates’ comments on Facebook. Part of their statement says neither the chief nor the department endorse Yates’ comments and that the matter was referred to their internal affairs unit.

Tulsa Mayor G.T. Bynum also weighed in, calling Yates’ comments "dumb" and against what they are trying to achieve with community policing.