UPDATE: Child shot in face is on life support, accused shooter claims he is the father 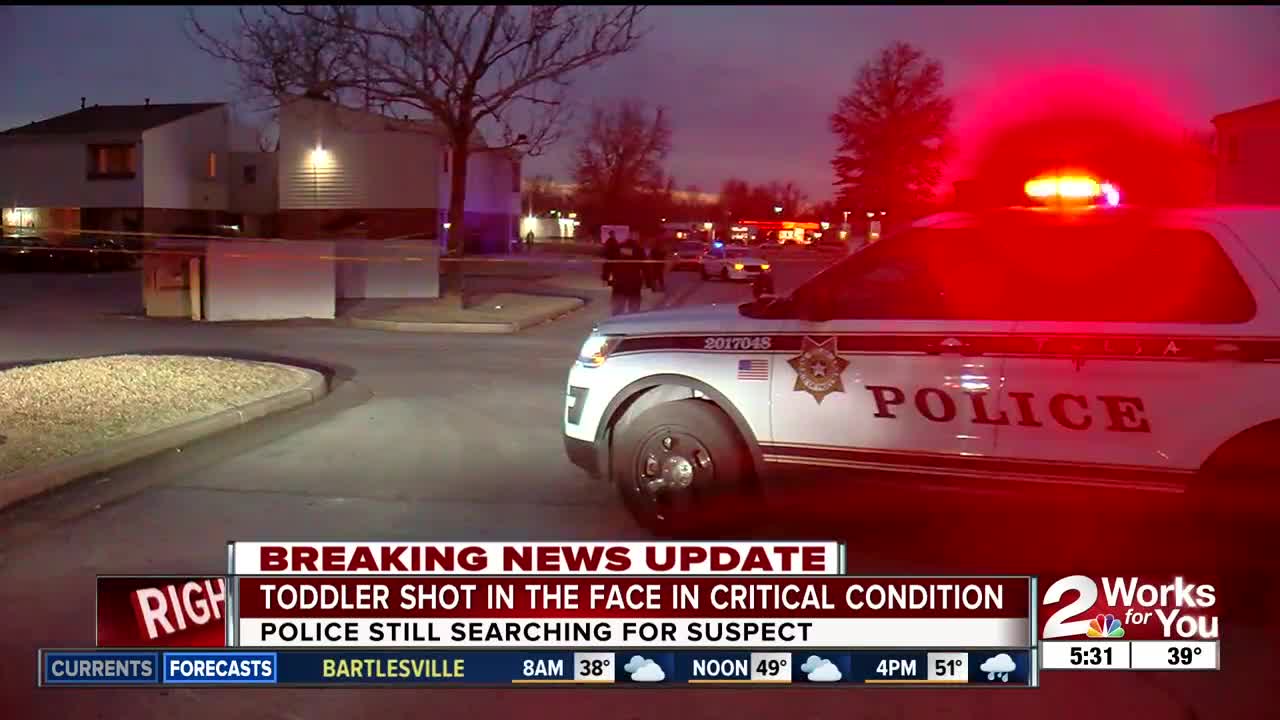 TULSA, Okla. — Update: Today at 10:26 AM the Tulsa Police Department reported that Javontay Jones is now in custody after being tracked down by warrants in connection with the shooting of a 1-year-old infant at 2900 S. Garnett, on Dec. 26.

The 27-year-old is being held at the David L. Moss Criminal Justice Center on three counts of shooting with intent to kill and possession of a firearm. Jones's bond is set at $454,000.

According to the police report: The shooting started as an argument between Jones and the child's mother. Jones was upset to find the mother with her new boyfriend. She asked him not to shoot because the child was in the car. As she drove away, shots were fired.

The 18-month-old child was shot in the head in East Tulsa.

Police and paramedics responded to an urgent care near East 31st and South Garnett Road at 4:25 Thursday afternoon.

Officers say the child's mother told them the shooting happened at the Meadows Apartments, located a few blocks away.

One of the rounds struck the child who was in the backseat, secured in a child seat.

The infant was transported to a local hospital, officials said. The mother was unharmed in the shooting.

"There's a whole lot of bullet holes in that car, so I don't think that's an accident," Lt. Brandon Watkins of the Tulsa Police Department said. "We're still trying to figure out why this happened. There's not a whole lot of cause to shoot a one-year-old."

The child underwent surgery overnight and remains on life support.