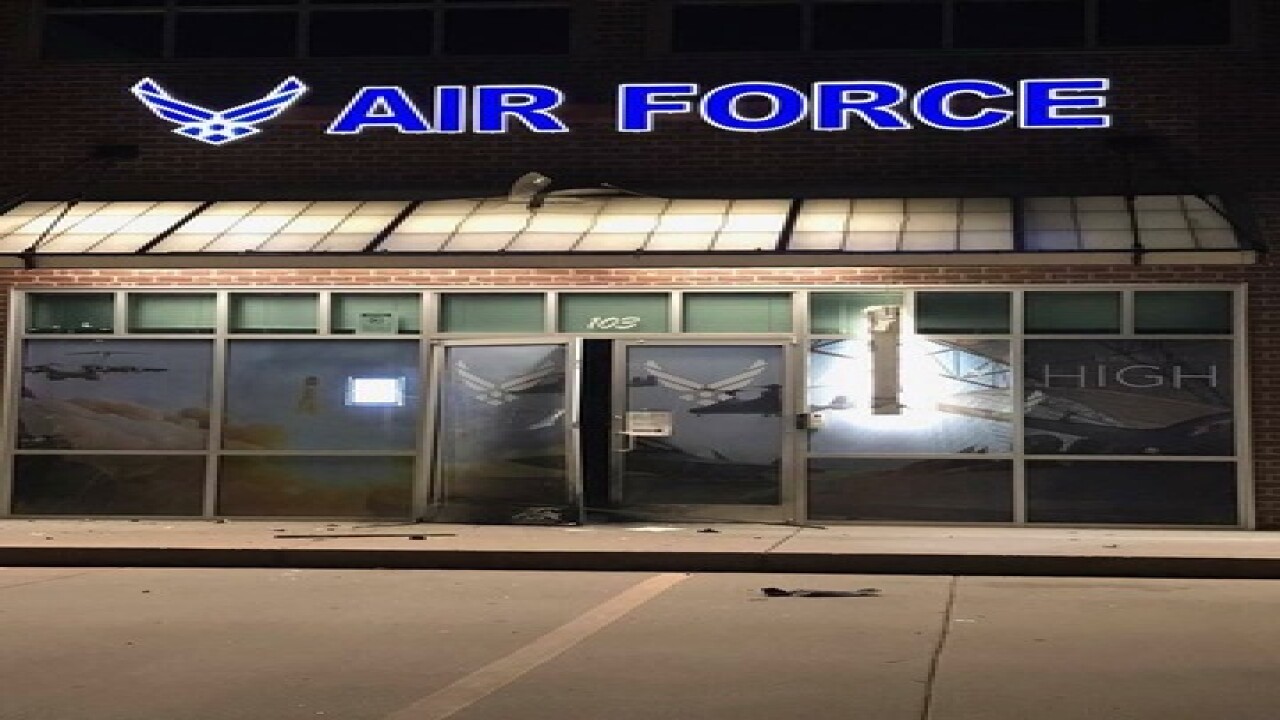 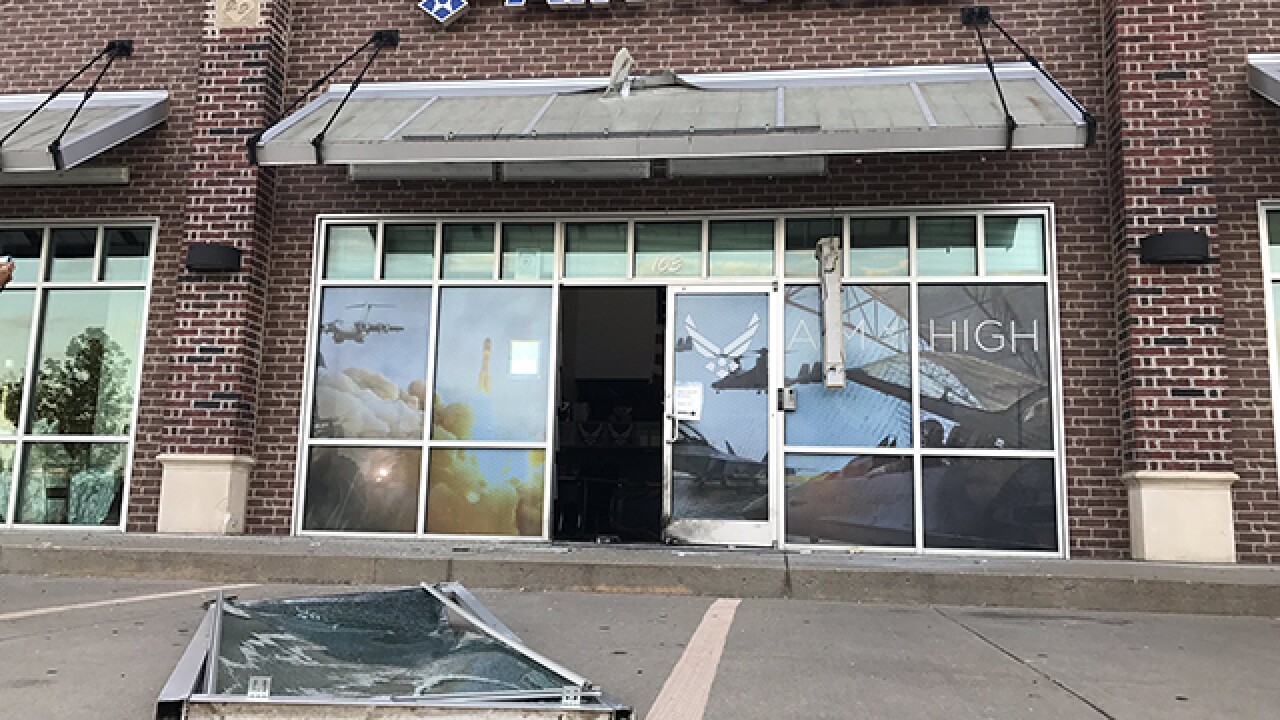 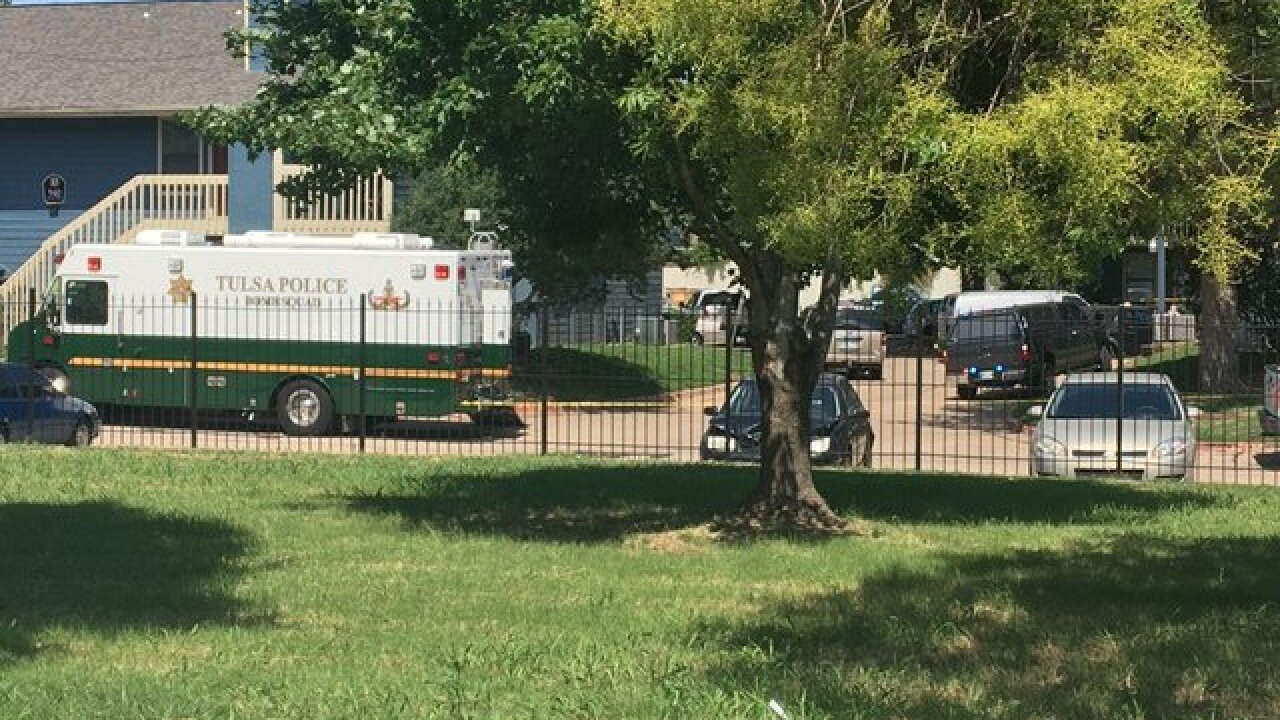 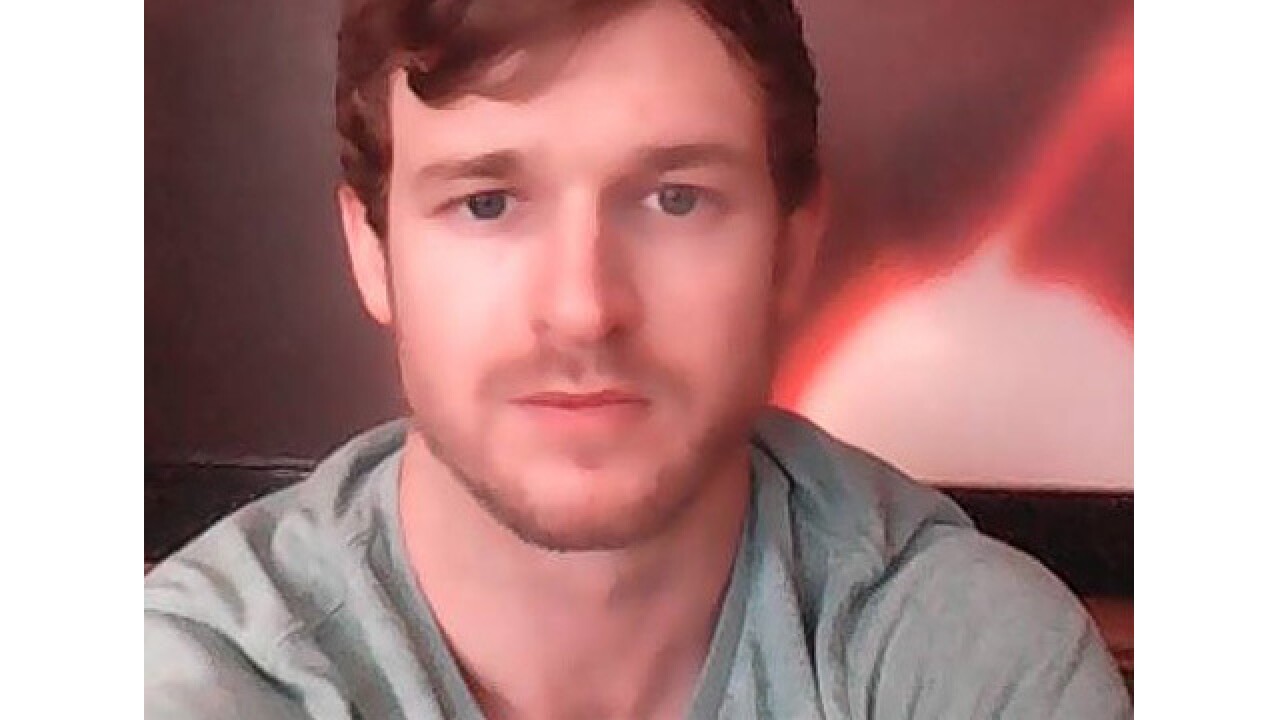 TULSA, Okla. (AP) -- The Latest on a pipe bomb explosion that damaged an Air Force recruiting station in northeast Oklahoma (all times local):

Prosecutors say a 28-year-old man facing federal charges in a pipe bomb explosion outside an Air Force recruiting center in Oklahoma left that branch of the military when he couldn't complete the training required to become a certified electrician.

Authorities offered a first glimpse Wednesday of what they believe might have driven Benjamin Don Roden to plant the bomb late Monday at the recruiting center in suburban Tulsa.

Roden made his first appearance in federal court Wednesday, acknowledging before U.S. Magistrate Judge Frank H. McCarthy that he understood the charges against him, which include using an explosive to commit a felony. Roden will remain in custody at least until Friday, when McCarthy set a bond hearing.

A 28-year-old man facing federal charges in a pipe bomb explosion outside an Air Force recruiting center in Oklahoma had been enlisted in that branch of the military and was decorated for his service.

Proctor says Roden was discharged from the air national guard's 138th Fighter Wing in April. He had been a senior airman, whose job involved fire protection.

Proctor says Roden received several decorations, including the Global War on Terrorism Expeditionary Medal. She says he was deployed with the Air Force, but that she didn't know where.

The bomb exploded Monday night in front of the Air Force recruiting center in the Tulsa suburb of Bixby.

An arrest report shows an Oklahoma man faces federal charges after a pipe bomb explosion blew the door off an Air Force recruiting center in the Tulsa area.

The report says 28-year-old Benjamin Don Roden faces counts of possession of explosive materials and destruction of government property. He was arrested Tuesday but hasn't been formally charged.

It's unclear whether Roden has a lawyer. Messages left for numbers listed for Roden's mother and sister were not immediately returned Wednesday.

The bomb was detonated Monday night in front of the recruiting center in the Tulsa suburb of Bixby. The center was closed at the time, and no one was hurt.

A federal agent says a 28-year-old man has been arrested following a pipe bomb explosion in front of a northeast Oklahoma Air Force recruiting center.

U.S. Deputy Marshal Jeff Johnston told The Associated Press Wednesday that Benjamin Don Roden was arrested Tuesday and is booked in the Tulsa jail without bond. Court records indicate he will make an initial appearance in federal court Wednesday afternoon.

The bomb was set off Monday night in front of the recruiting center in the Tulsa suburb of Bixby. The center was closed and no one was hurt.

FBI agent Jessi Rice said a person of interest in the case had been taken into custody Tuesday at an area apartment complex.