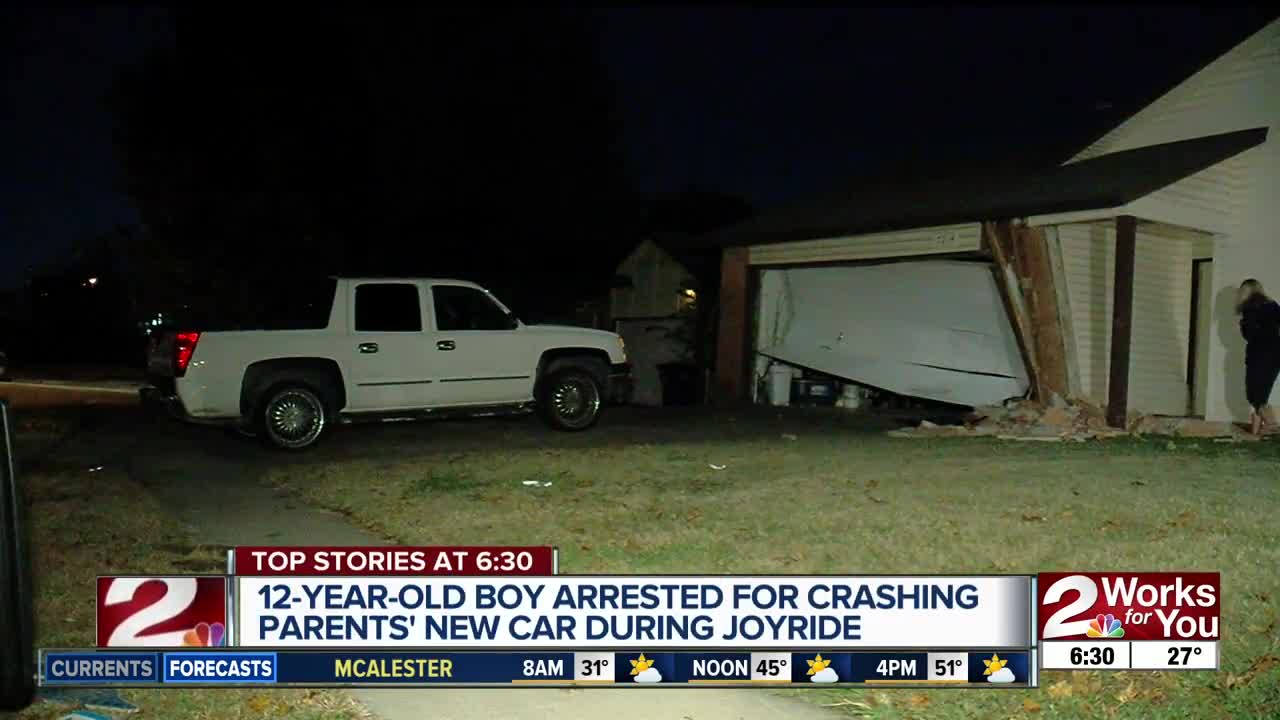 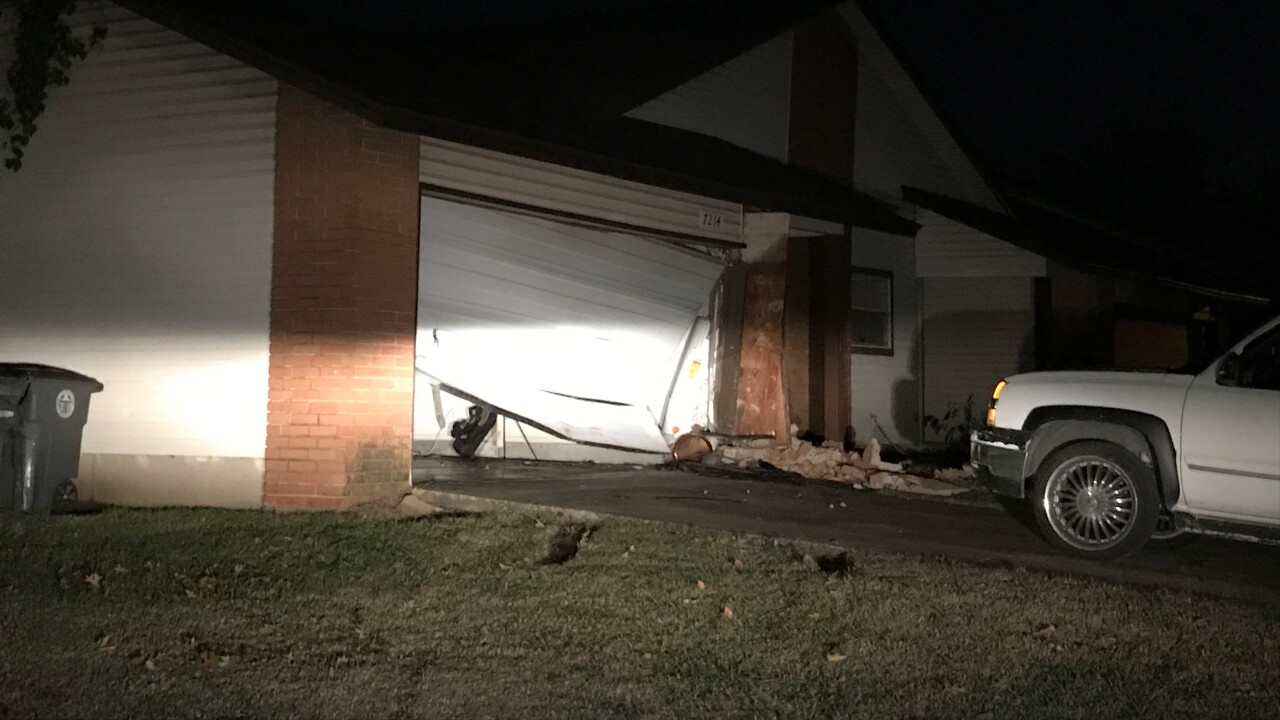 TULSA, Okla. — A 12-year-old boy is arrested after stealing his parent's new car and crashing into a residence in south Tulsa Thursday evening, according to the Tulsa Police Department.

Authorities say the boy crashed the Ford Escape into a duplex near South Sheridan Road and South 72nd East Avenue.

Firefighters arrived first and reported that the suspect fled the scene on foot, police said. He returned a short time later with an attitude and kicked one of the responding police officers as he was being taken into custody, according to police. He also told officers his parents shouldn't have left the keys out if they didn't want him to take the car.

Half of the duplex sustained significant damage as well as the SUV, officials said.

The suspect's parents had not purchased insurance for their new car, police said.

The juvenile has been charged with unauthorized use of a vehicle and assault and battery on an officer, according to police. He was booked into a juvenile detention center where he will most likely spend the night and be released in the morning.

He did not have a record, although his parents said their son is known to get into trouble frequently before this incident, officials said.