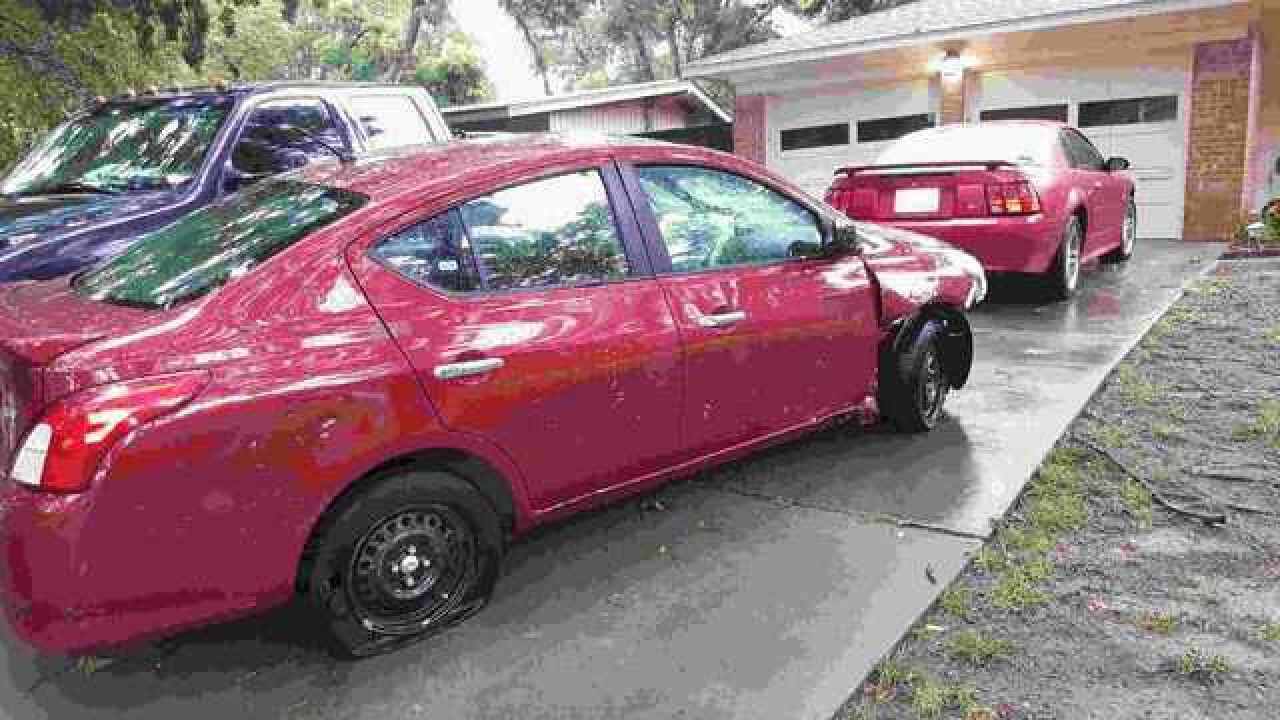 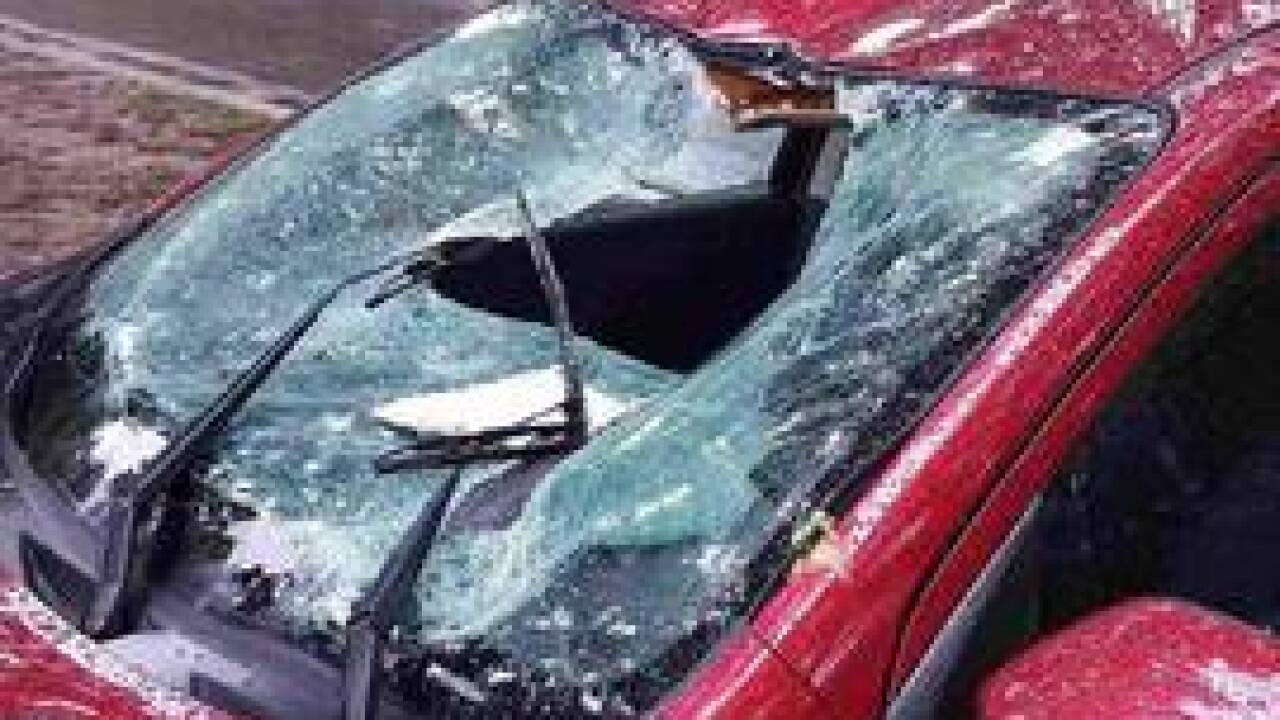 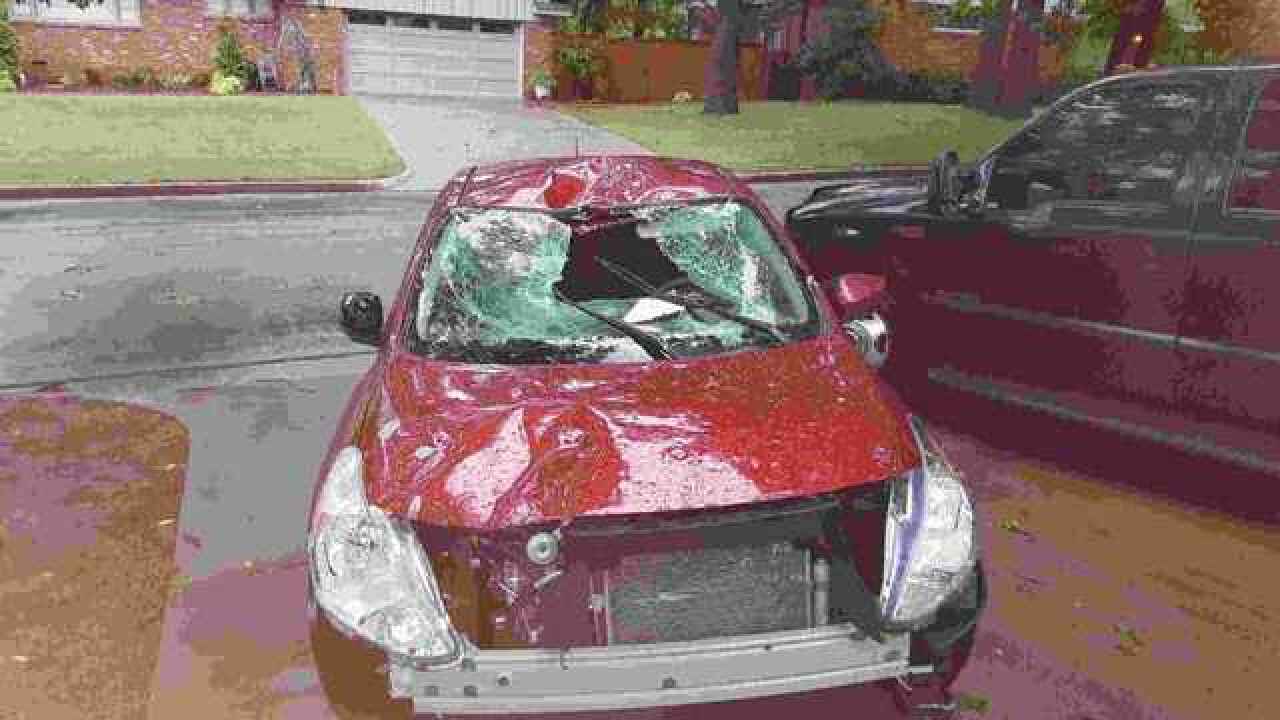 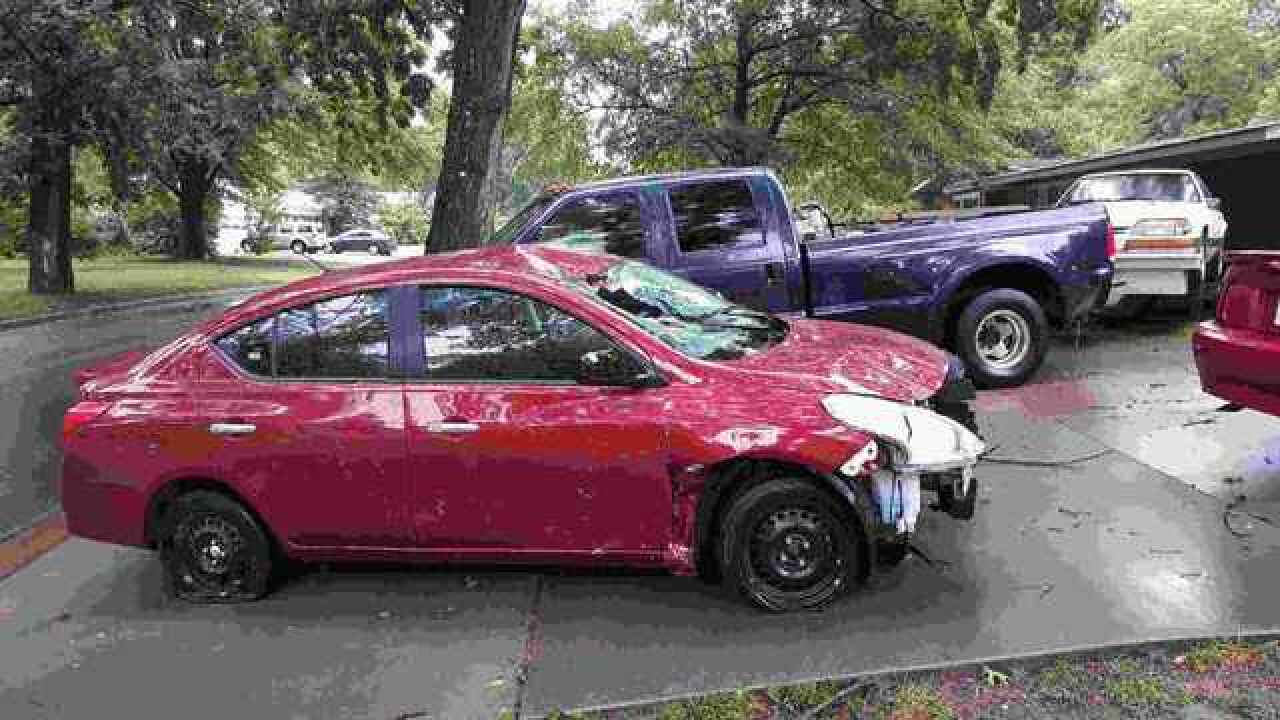 TULSA -- A Tulsa couple said they were driving in their car when the tornado hit and sent them ten feet into the air.

The two had just rented a car and were heading back home from a concert in Arkansas. Out of nowhere, they said the tornado picked their car up and sent them flying.

The story begins where debris still covers 41st Street, and limbs turned to spears sticking out of buildings.

"I just nailed the gas and was trying to get out of there," survivor Tom Smith said.

Less than two miles from home, they were coming back from a concert early Sunday morning.

"We got off on Memorial and turned on 41st Street and we had just gotten on top of the bridge and it was raining sideways like crazy," Smith said. "I was praying too and that's what saved us."

At one point, the short distance home seemed out of reach.

"I think it picked the car up in the air and spun it around because it had three flat tires," Smith said.

The tornado shattered their front window and 120 mph winds hurled glass right into the car.

"I looked up and I was like, 'Whoa,'" survivor Rebeka Shultz said. "Then I closed my eyes because it was getting in my eyes."

"I had glass in my mouth and everything it was in my teeth," Smith said. "It was pretty terrifying."

The two relived the moment a day later in their front yard.

"I'm just glad we made it," Shultz said.

So the story ends at their home, where they are thankful that they made it through together.

"It makes us closer together," Shultz said. "It brings more trust, which is awesome for a relationship."