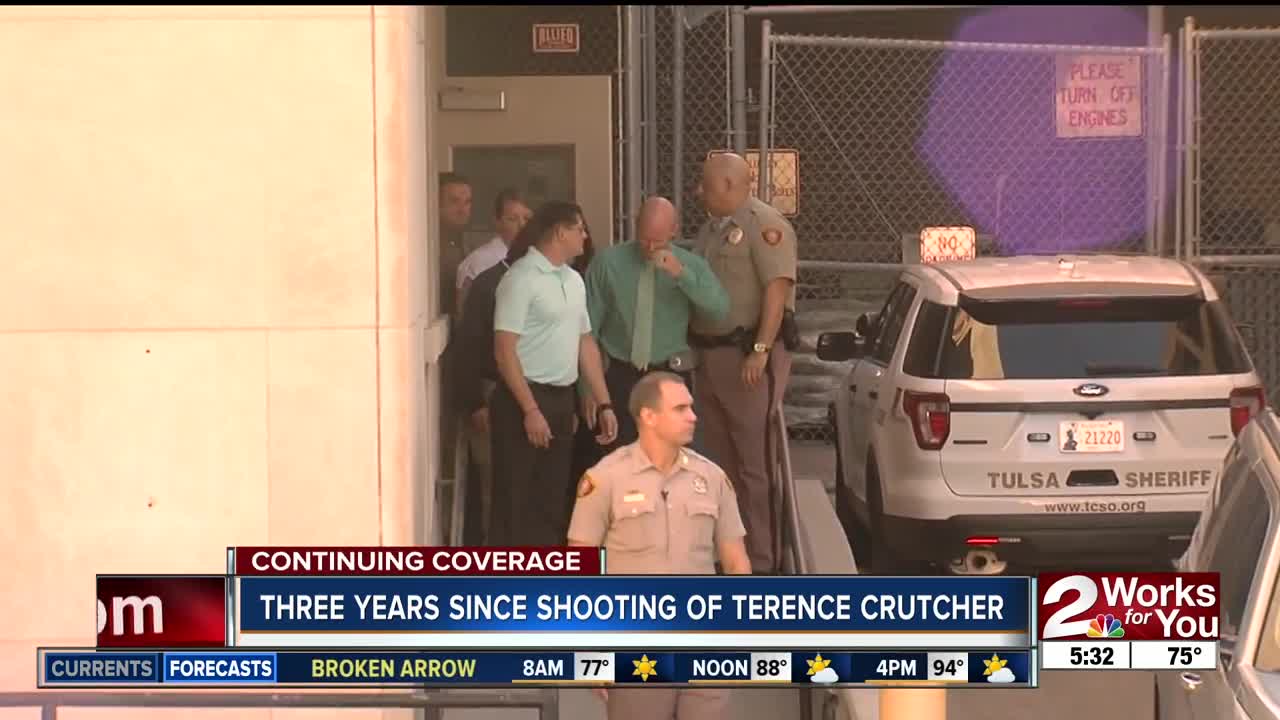 TULSA - It's been three years since Terence Crutcher was shot to death by then Tulsa Police Officer Betty Shelby in 2016.

That day three years ago changed the lives for so many.

Shelby is now a deputy with the Rogers County Sheriff’s Office and and Crutcher’s family continues to fight for justice.

On September 16, 2016, Shelby was one of the officers who responded to reports of a stalled SUV abandoned in the middle of the road.

Police said Crutcher approached the car but did not respond to commands from officers.

In video from that day, Crutcher was seen walking to his car with his hands up before reaching into the driver’s side window.

Shelby was charged with manslaughter, but found not guilty of the charges in May of 2017.

She then resigned from the department in August of that year.

The Justice Department also chose not to pursue criminal charges against TPD based on insufficient evidence.

Since Terence’s death, the Crutcher family has fought for justice and started the Terence Crutcher Foundation, committed to ending the tragedies of police brutality and supporting families who have lost love ones to senseless gun violence.