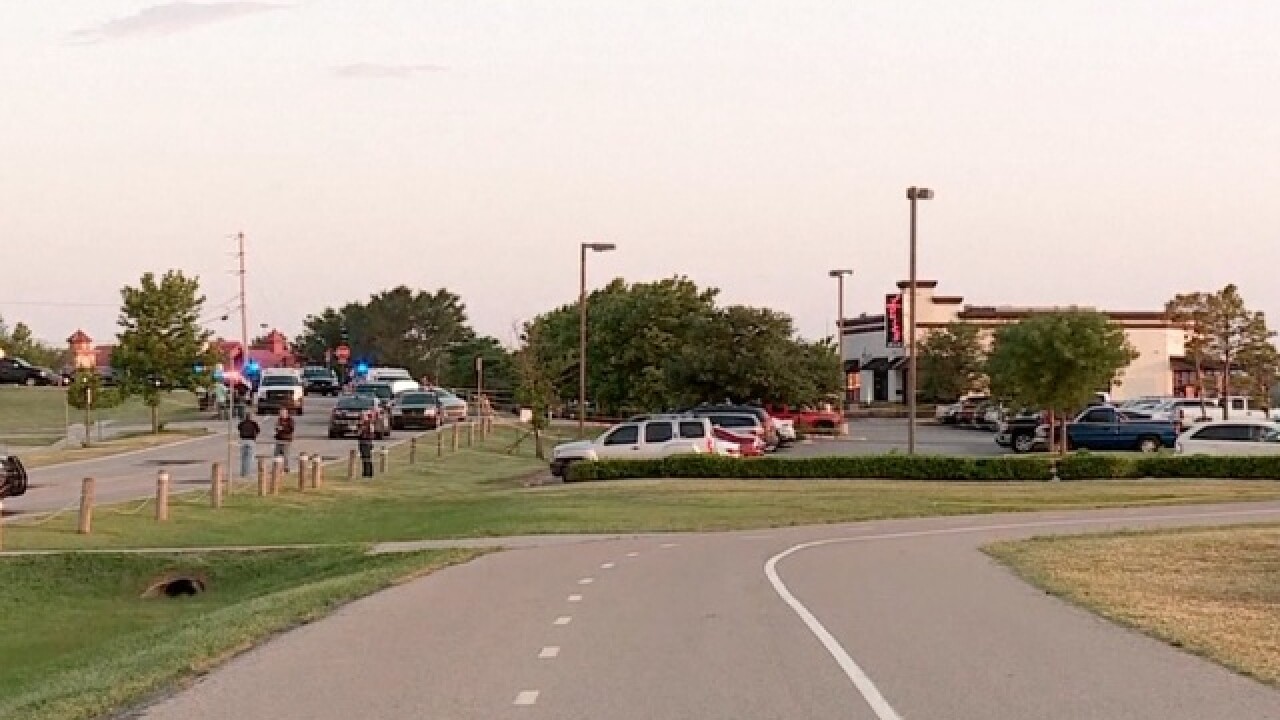 Police said the suspect walked into Louie's Bar and Grill on Lake Hefner Parkway in Oklahoma City at approximately 6:30 p.m. and opened fire.

Police said a mother and daughter celebrating a birthday were shot. The daughter had surgery late Thursday. Police say all victims are expected to survive.

Police said one male victim fell and broke his arm running away from the scene.

I am in touch with the City Manager & the Police Chief. As OCPD has reported, the suspect is dead. OCPD asks that everyone avoid East Wharf tonight so that they can complete their investigation at the scene. https://t.co/0B2umP8cJz

KOCO said an bystander armed with a pistol confronted the shooter outside the restaurant, shot and killed him.

Lake Hefner shooting update: A man walked into the Louie’s restaurant and opened fire with a gun. Two people were shot. One person has been taken to a hospital with serious injuries. A bystander with a pistol confronted the shooter outside the restaurant and fatally shot him.

Oklahoma City Police tweeted a fourth victim has been identified.

Regarding the shooting at Lake Hefner a fourth victim has been identified. The victim suffered a minor injury. It is unclear how the victim sustained the injury.

Oklahoma City Police Captain Bo Mathews said there are 100 witnesses and they will continue to interview each one throughout the day on Friday.