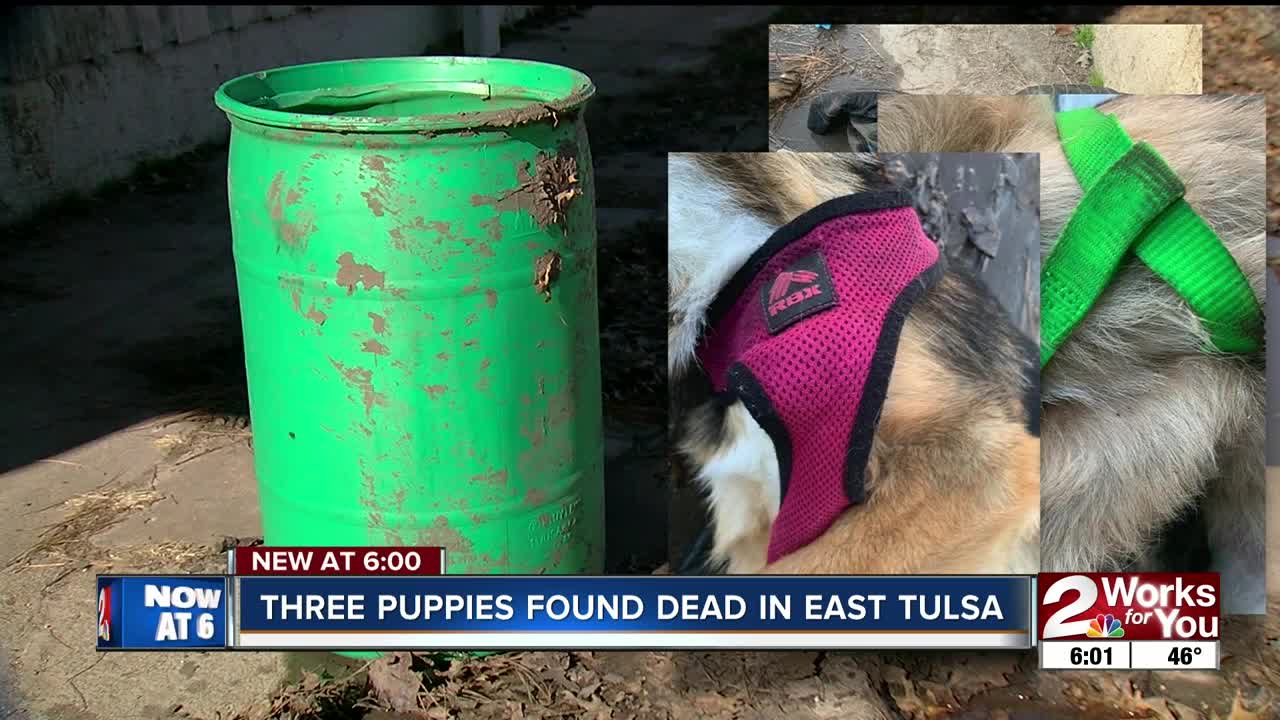 TULSA, OK (KJRH) — After three German Shepherd puppies were found dead in a barrel, animal advocates are searching for someone to step forward, while Tulsa Animal Welfare is looking for answers.

Robertson has been an animal advocate for more than 15 years. When she heard about the 6-month-old pups, which were found dead Tuesday night at an abandoned east Tulsa apartment complex, she started to search.

"We started scouring pages and CraigsList, a huge group of us... looking for any sign that said three lost German Shepherd puppies and there hasn't been anything online yet," Robertson said.

Meanwhile, the investigation has begun at the Tulsa Animal Welfare Shelter.

"We want to go in with an open mind, examine the animals, see if we can determine the cause of death," Letcher said. "We don’t have people living there, we doubt there were any cameras; there’s very very little to go on."

First step is to determine the cause of death. Letcher says if there are signs of abuse, a lot of work to find who's responsible still lies ahead.

"Unless animal abuse is observed, it's very difficult to prove," Letcher said.

The Oklahoma Animal Alliance has offered a $5,000 reward for the arrest and conviction of whoever is responsible.

"We don't have people living there," Letcher said. "We doubt there were any cameras. There's very, very little to go on."

As investigators at Tulsa Animal Welfare wait for word on whether abuse was involved, both they and advocates are asking for anyone with information to come forward.

"Don’t be afraid; you can remain anonymous," said Robertson, who has been an animal advocate for more than 15 years. "We all, everybody in the animal world, would just love to help and help bring the right people to justice."