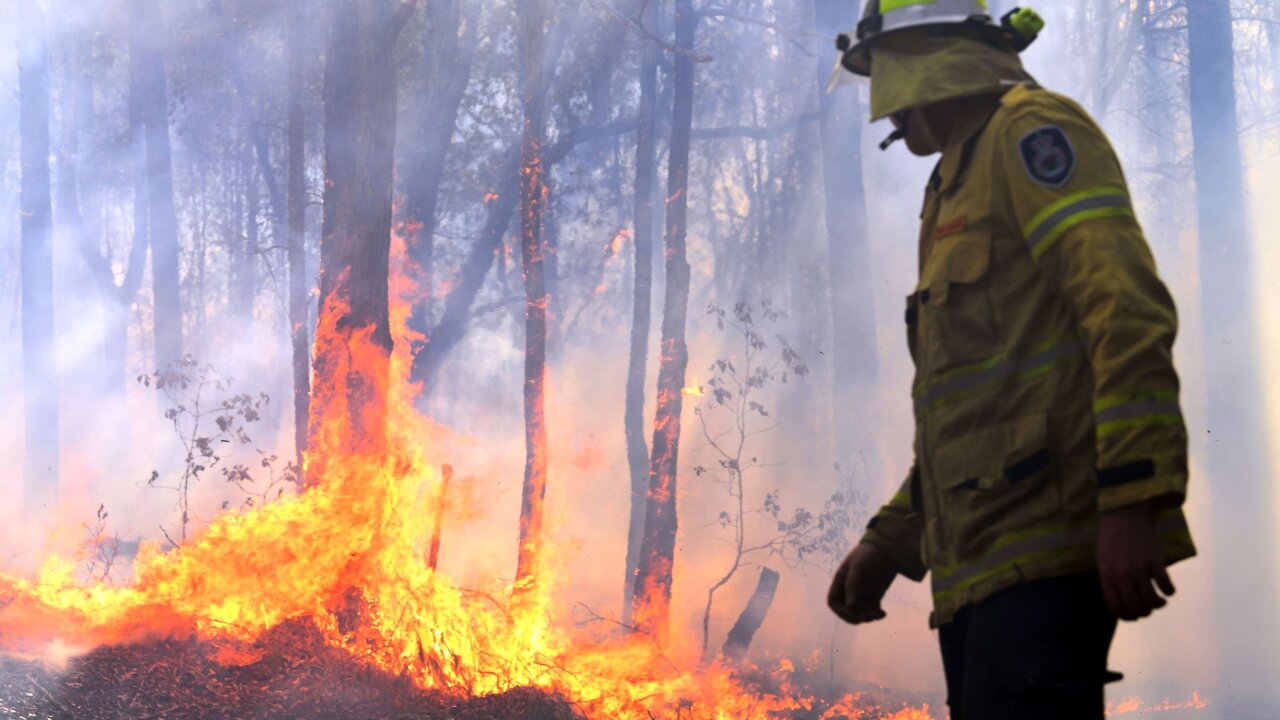 One of those killed was found inside a vehicle, while the other had died in hospital while being treated for severe burns. The body of a third person was found on Saturday afternoon in a burnt-out home.

Fitzsimmons said preliminary reports suggested at least 100 homes had been destroyed in the blazes.

"(With) dry windy conditions across an already very dry landscape, there is every likelihood that we'll see fires increase in their alert level," Fitzsimmons said Saturday.

As of Saturday morning, there were about 70 fires across the state, with 39 burning out of control.

"If you are near these fires, your life is at risk and you need to take action to protect your life," the NSW RFS said in a Twitter post. Some residents in Jacobs Spur near the town of Kempsey have been told it is too late to evacuate so they should take shelter immediately.

The areas most affected by the fires include Tenterfield, Armidale, Clarence Valley, Port Macquarie, Nambucca and Kempsey, according to CNN affiliate Nine News.

Alex Beckton, a resident of Old Bar on the NSW coast, told CNN he evacuated his family to the local surf club early Saturday, after watering down their home to try and keep it safe.

"Last night you could see the sky was a red and orange, amber color," he said. "I think a lot of people are just because of having to monitor throughout the night."

Beckton said some other members of the town had already left, after an emergency text came through from authorities calling for an evacuation.

The fire service said in a Twitter post that a number of blazes "are becoming more intense" and "more dangerous."

It warned that some blazes were creating their own weather conditions and that fire clouds -- which can produce lightning without rain -- were developing.

"These (fire clouds) are extremely dangerous. Do not be caught in the open," the NSW RFS said.

The blazes are so fierce that major roads and highways have been closed and motorists in affected areas have been advised to delay non-essential travel, Nine News reported. At least five schools have closed due to the fires.

Fitzsimmons said Friday that the fire service has received reports that several communities have been impacted by the blazes, including reports of injuries to residents and damage to buildings.

The "high concentration of fire and extreme volatility and extraordinary fire behavior" was being driven by a "drought stricken landscape" and hot, dry, windy conditions," he said.

Winds are set to be "relentless" throughout the evening, Fitzsimmons added.

About 50 bushfires are also blazing in the neighboring state of Queensland. Residents in several areas there have been told to evacuate as emergency-level fires threaten homes and properties.

Queensland and New South Wales are prone to wildfires in spring and early summer, and this year's blazes follow Australia's hottest summer on record, which brought worsening drought, bushfires and very low rainfall.