Three arrests made in deadly hit-and-run crash in Bartlesville 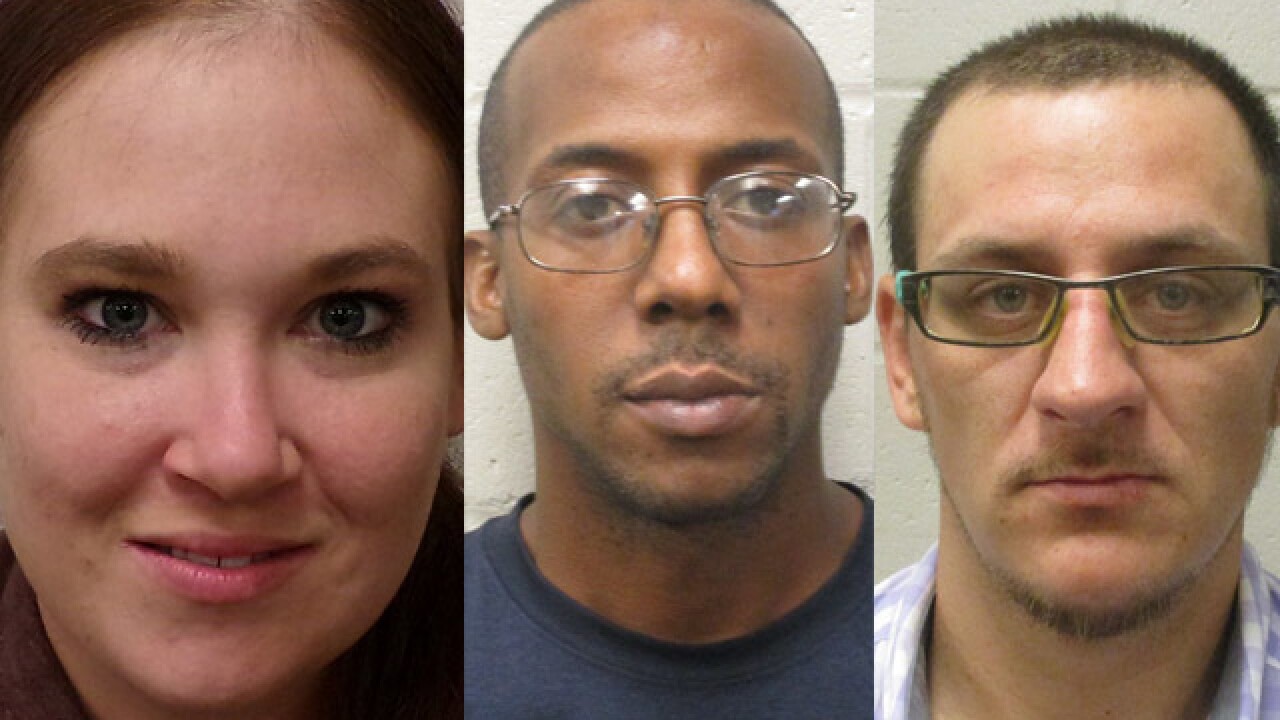 BARTLESVILLE, Okla. -- Bartlesville police have arrested three people they say were involved in a deadly hit-and-run crash in August.

The crash happened on Aug. 18 at the intersection of Delaware and Frank Phillips.

Detectives said Ashlee Johnson, 32, was the driver of the vehicle, a Mercury Sable. She turned herself in on Tuesday, and was arrested on counts of leaving the scene of a fatality accident, driving with suspended license and failure to maintain insurance

Two other people were arrested late last week in connection with the crash.

Police said Keith Johnson, 40, and Timothy Hagan, 32, were arrested after they moved the car involved in the crash as they knew police were looking for the car. Evidence revealed that there was talk of burning the car or submerging it in a lake, police said.

The vehicle involved in the crash was found behind a trailer house in a rural location in Copan.

A woman who had originally been arrested in the case, Millie Thompson, was released from jail after police said they determined her make of vehicle was not involved in the crash.