Three arrested in connection with deadly shooting of Bartlesville homeowner 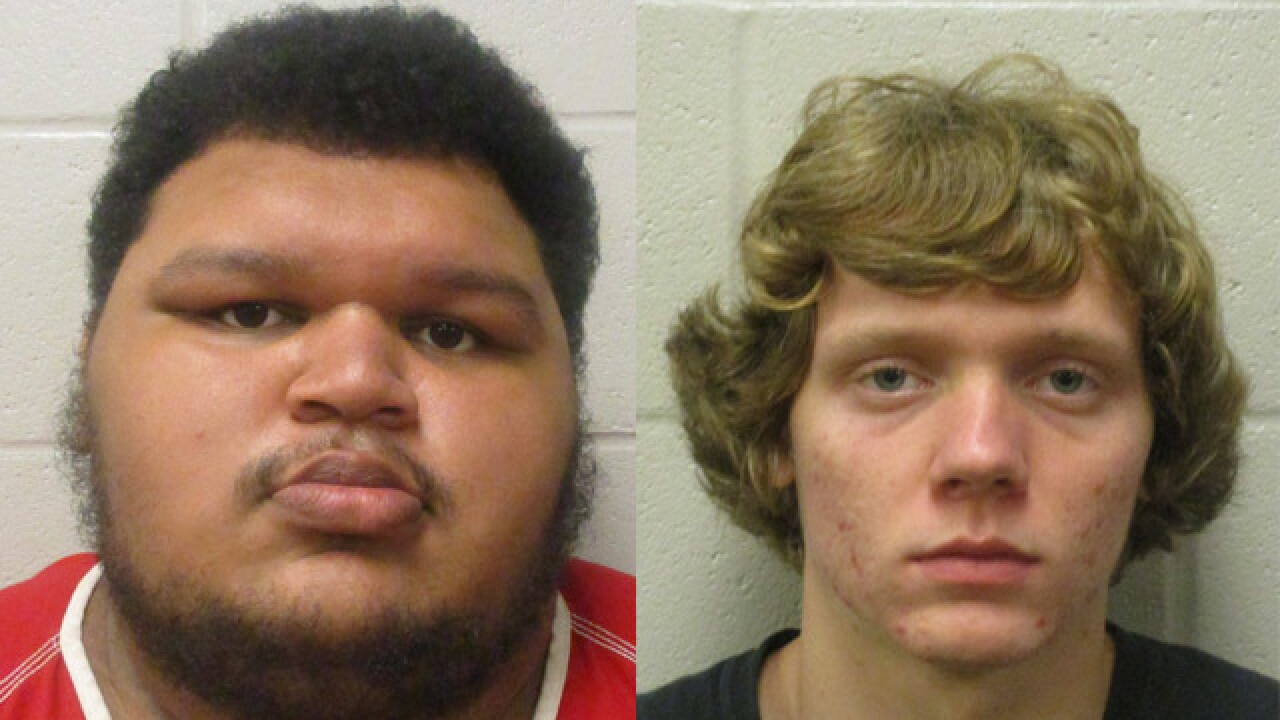 BARTLESVILLE, Okla. -- Three people have been arrested in connection with a deadly shooting in Bartlesville early Sunday morning.

On Monday morning, Bartlesville police arrested Tyler Thomison, 18, Thomas Alexander, 20, and a 17-year-old male in connection with the shooting.

Investigators are working to finalize charges on the three individuals. Police said stolen property and two handguns were found during a search warrant. A suspect vehicle was impounded after a traffic stop around 2 a.m. Monday in Nowata.

Police said at 3 a.m. Sunday, a 53-year-old Bartlesville resident, identified as Gregory Meidl, was found dead in the street in front of his home near Martin Place and East Tuxedo Boulevard.

Police said a preliminary investigation showed the homeowner confronted subjects who had been getting into unlocked cars in the neighborhood.

Anyone in the area who may have surveillance video in connection with the incident is asked to contact police.