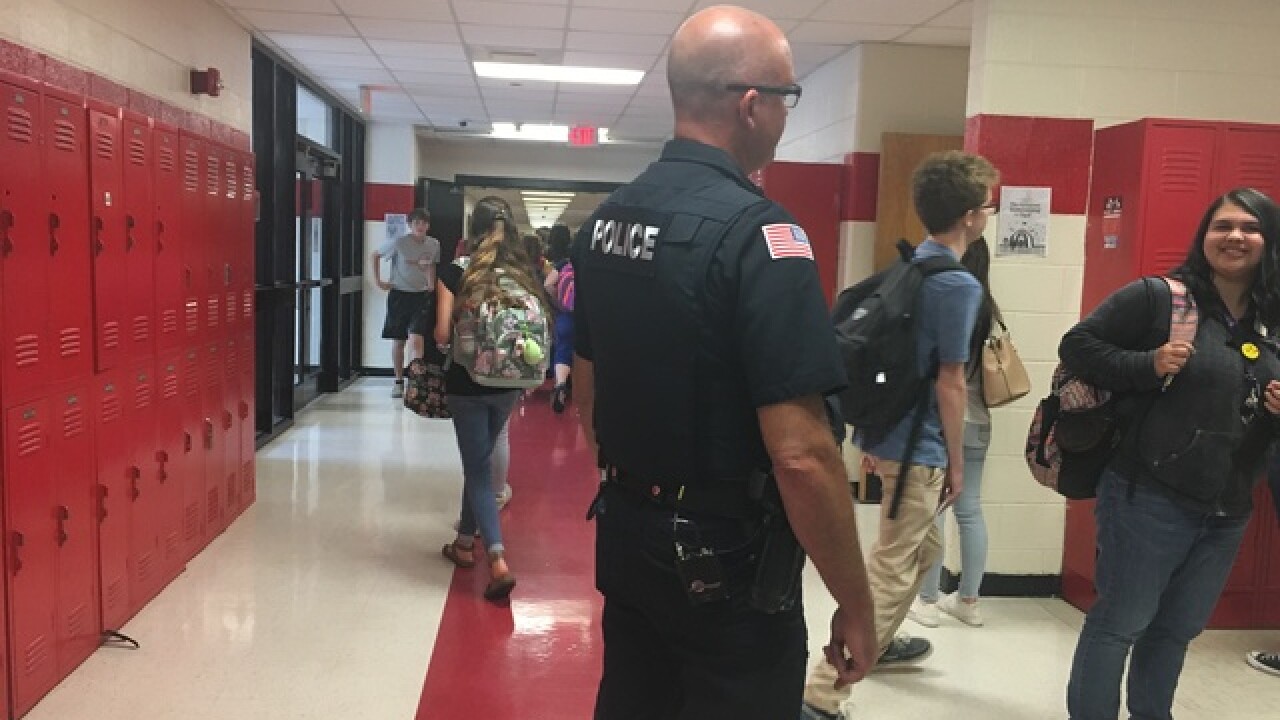 TULSA, Okla. -- Lisa Willhite could walk into as many as five campuses a day.

She's a school resource officer for Tulsa Public Schools, and tell us that job requires wearing many hats.

"Helping these kids when they come in. Seeing their behaviors, seeing what they think, building a relationship with them and then helping them get out to graduate with morals and manners as successful citizens," Willhite said.

With more school shootings making headlines, Willhite said this role is changing. School resource officers go through the same academy as the officers that patrol the streets. Now they're doing everything from increased training to target practice.

Hilldale Public Schools sits on the outskirts of Muskogee and they contract officers out from the local police department. The SRO's tell us being located on campus can make all the difference.

"You never know where a patrol officer is going to be. He may be right here just like that or it could be five, ten minutes until he could get here. And an active shooter knows that," Officer Danny Spears said.

Spears was a patrol officer for 22 years. Now he's working with students, and tells 2 Works for You adapting to new safety standards requires difficult conversations.

"I talk to the kids about responding to an active shooter. It's ridiculous that they have to come to school where they're trying to get an education and they have to think about surviving and going home safe," Spears said.

The students say being informed brings peace of mind.

"He tells you that if someone ever comes in he's going to go straight for them and that he's going to take the pain, like if something was to happen he would want it to happen to him and not the kids. So it just makes you feel more protected," 10th grader Kalei Mackey said.

Officer Spears considers himself to be a mentor or a social worker, with teaching students how to protect themselves as the biggest role.

"Keeping this building secure and if they do hear shots being fired... number one, if you can, get out. Get out and run," Spears said.

Hilldale hopes to eventually have their own campus police force, but staff say because of funding that goal is likely a few years away.