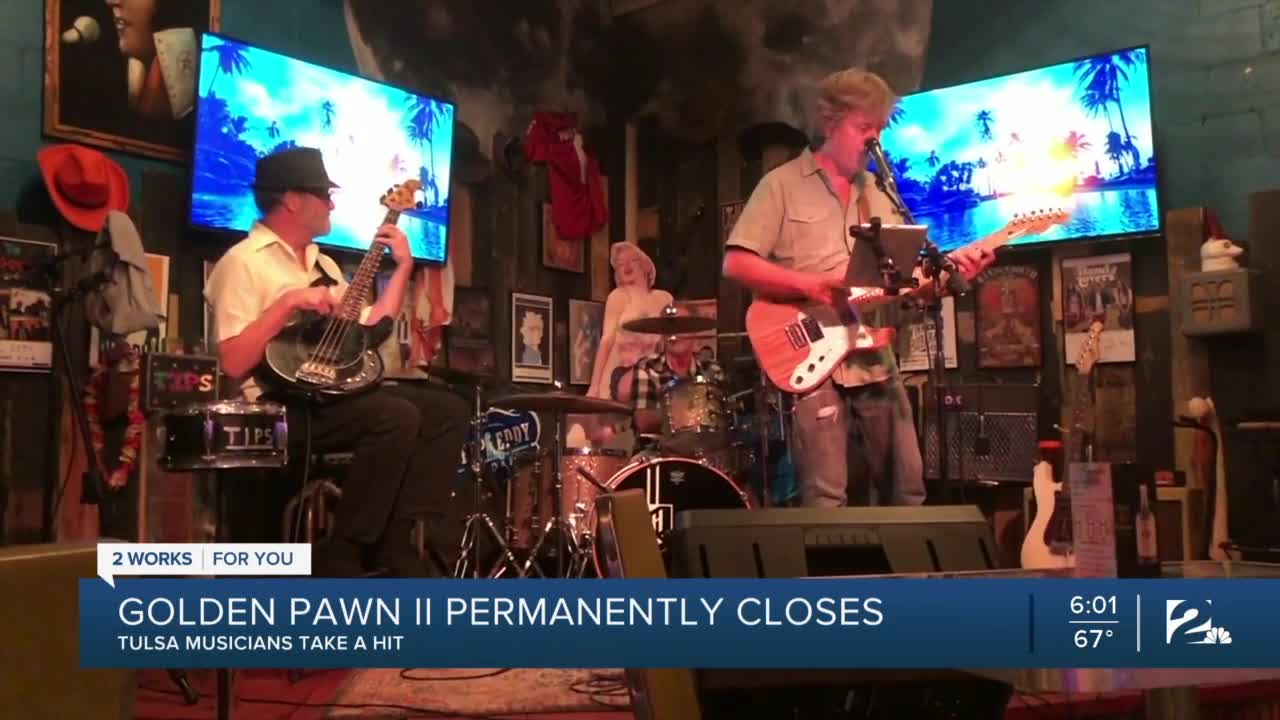 TULSA, Okla. — The Golden Pawn II building won’t be standing for much longer, but the music-filled legacy will live on through the new all-in-one event center for music, bars, and restaurants called The Bridge.

Hundreds of Tulsa musicians came to know the Golden Pawn II as a hot spot to talk about the love of music. One of those musicians is Randy Brumley.

“It was a hub. It was a warm and inviting place where you could sit and talk for hours and they wouldn’t mind,” Brumley said. “We would sit around over guitar amps and tell your stories about you latest adventures on the road.”

Earlier this year, developer Jay Williams bought the Golden Pawn II building with plans to level it and create new apartment buildings. However, after learning more about the building, he changed what he plans to do with the space at 13ths and Peoria.

“As we learned about the history of the building being important to the Tulsa music community, we decided at the last minute to change gears,” Williams said. “I thought lets honor Tulsa’s music past and that’s what we’re going to do here.”

With an estimated costs of $3-3.5 million, The Bridge is expected to be under construction beginning spring 2021 and should be finished by fall 2022.

“I’m glad they’re doing that because it was a real social hub and there are so many memories there,” Brumley said. “What makes Tulsa a great place is the people and the music.”