The Gathering Place warns park-goers to leave guns at home, and rely on security for safety 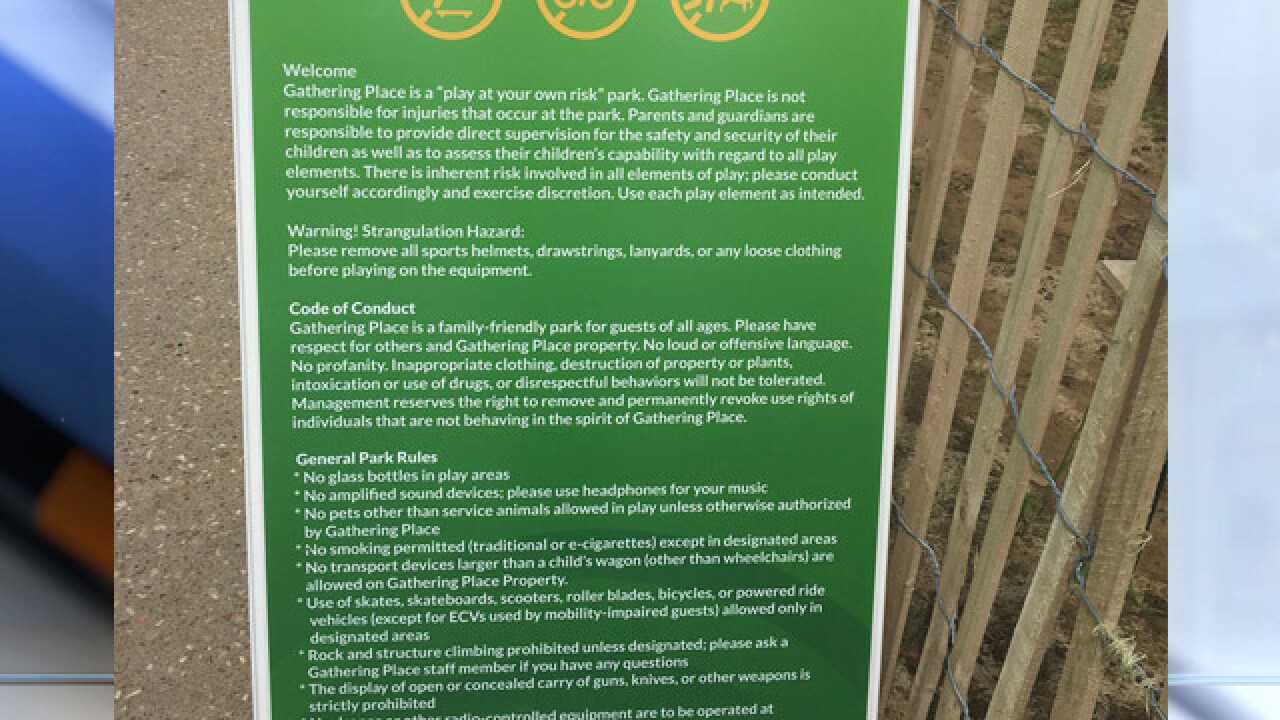 TULSA, Okla. -- A sign of rules is the first thing visitors see when entering The Gathering Place.

The fine print says "The display of open or concealed carry of guns is prohibited." Multiple park goers on Monday said they don't agree with this.

"If you advertise it as a gun-free safe zone it's not going to be a safe zone. You are essentially telling everyone "Hey, there's nothing to worry about here," Chad Windler said.

Tulsa Police told 2 Works for You The Gathering Place is a private park with public access, and it's treated like a business. The park relies on private security instead of police.

Some visitors said they trust security guards more than those with a concealed carry license.

"We don't need people that we don't know, especially if they don't have a license to have the gun or permit or whatever. I would just feel safer if I knew that security would take care of that aspect so families could have more fun and not worry about open shootings or anything like that," Taylor Bradbury said.

Since opening day, park security has enforced the policy. Other forbidden items include pets, glass bottles, and drones.

"You never know who's going to come into the park and I get the other side, my mom was a cop for 30 years. Some people believe carrying a gun makes you safer and it's a deterrant. I get that but I just don't agree with that," visitor Sean Bingham said.

Bingham said although he's a gun owner, he agrees with the policy.

"I understand it. I don't think guns should be allowed in parks personally. But I also own a gun at home so I'm kind of in the middle on that," he said.

Staff with The Gathering Place said they sought input from the community over many years on how to create a safe environment, and people responded emphatically against firearms at the park.