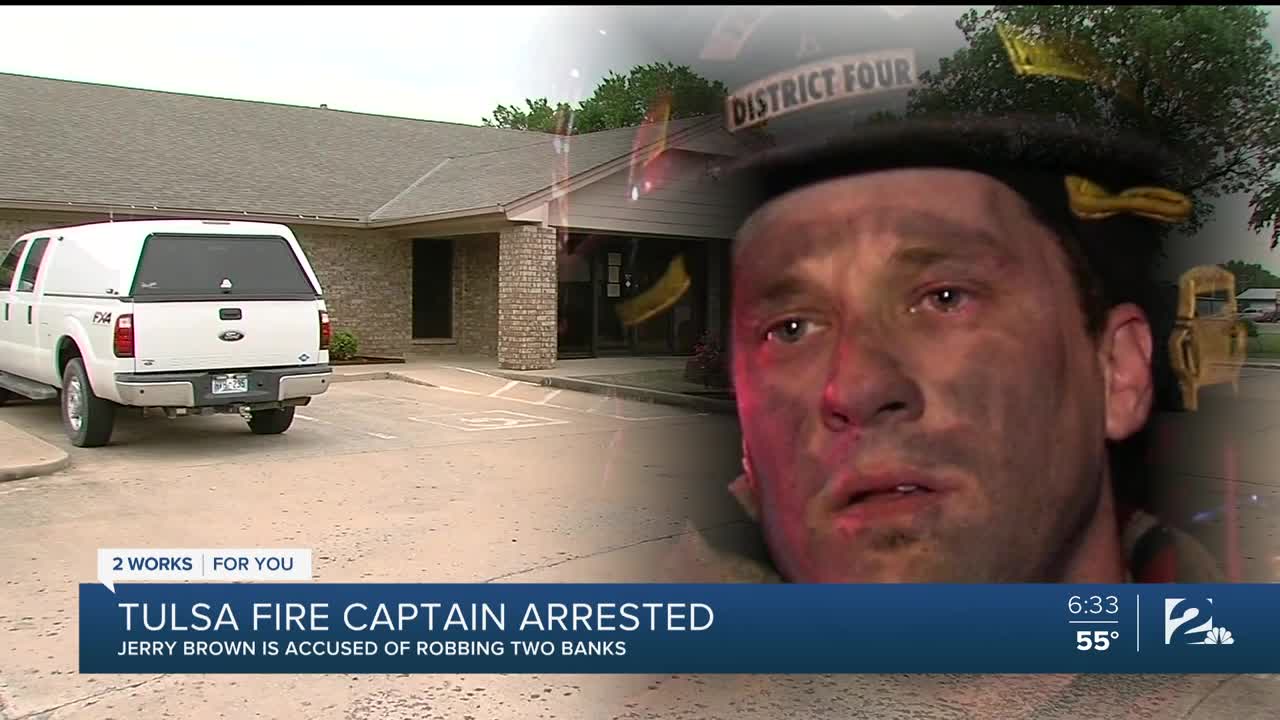 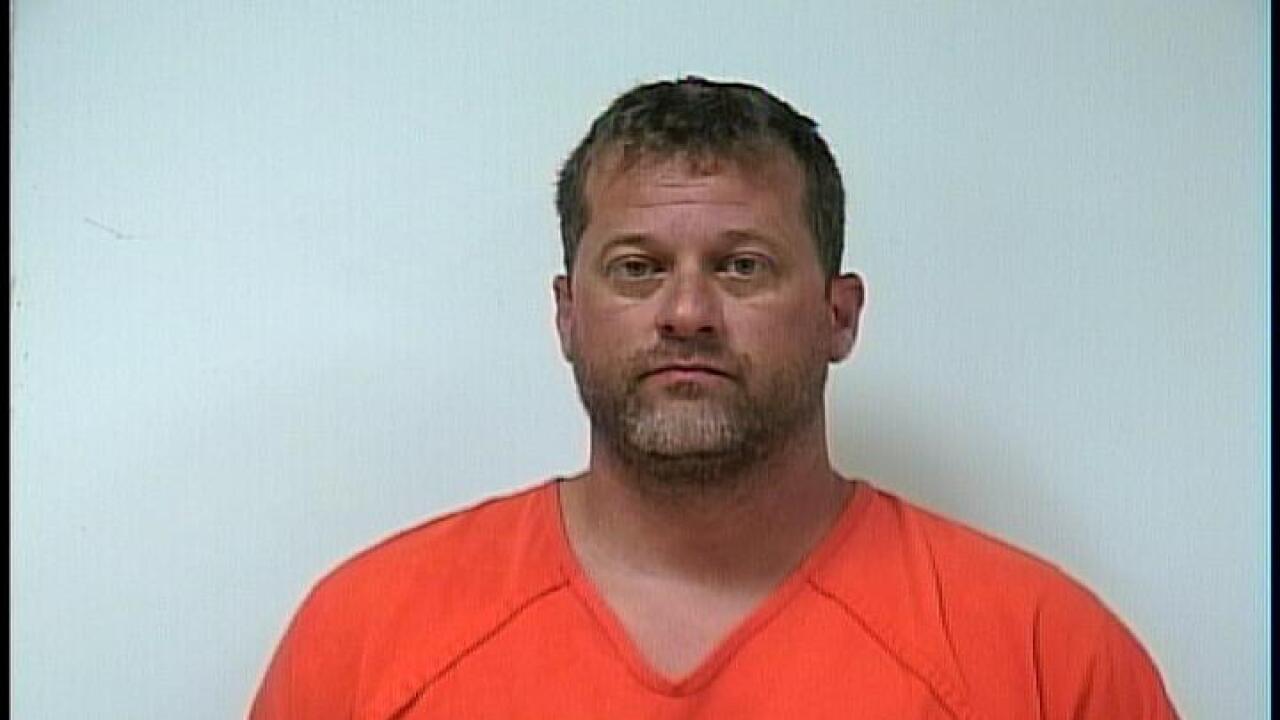 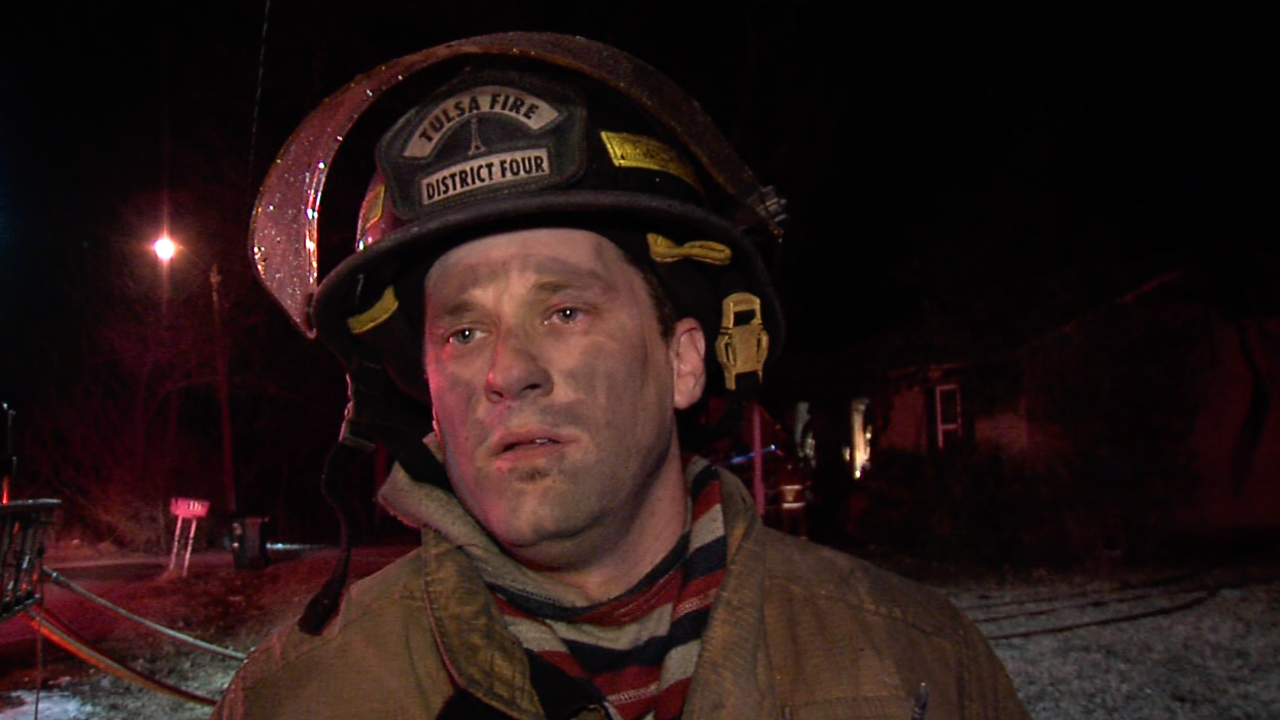 Skiatook police took Brown into custody around 6:30 p.m. on Monday. Investigators said Brown has been charged for a bank robbery in Skiatook and knowingly concealing stolen property from the town of Sperry.

Brown was allegedly involved in two bank robberies. The first robbery took place on March 12 at the Oklahoma Capitol Bank in Skiatook. The second robbery happened on May 7 at the Exchange Bank in Sperry.

Police records show similarities in the robberies. The suspect descriptions had a similar build, height and distinctive walk with their "toe out." Witnesses in both cases said the suspect wore khaki pants, distinct black gloves with a yellow logo on the velcro fastener and had a black backpack for the money.

The affidavit also shows that in both robberies the suspect demanded the teller to take him to the vault and then open the ATM. Records also show that witnesses said the suspect drove a Silver Chevy Equinox with a dirt coating on the the rear driver side tire.

Witnesses contacted investigators with suspicions about Brown not long after the robberies.

A teller from Oklahoma Capitol Bank in Skiatook contacted the FBI and provided Brown's name as a possible suspect, according to the affidavit. The teller said Brown banked there and the suspect had Brown's same mannerisms and muscular build. On May 9, a witness told Skiatook police they received $30,000 in bundles of $20 bills from Brown, the affidavit stated.

During the investigation police now suspect Brown embezzled money from a construction account where he was a contractor. Police allege Brown told the witness to not deposit the money into a bank account in order to not raise suspicion with the IRS.

The witness deposited the money into a bank account and the bills were identified to have blue and red markings on the edges. The witness told police they suspected Brown to be involved in the bank robbery.

The affidavit also said that Brown used money with blue and red markings to get a cashier's check at Oklahoma Capital Bank on May 13. Police said Brown paid another contractor $3200 in new $100 bills that had serial numbers in sequential order. Some of the $100 bills Brown used to get the cashier's check had serial numbers with the same sequential order.

Multiple agencies are involved in the investigation, including Skiatook police, Sperry police, Tulsa police, and the FBI.

Charges against Brown were filed in Osage County on May 21for first degree robbery and two counts of knowingly concealing stolen property.

Police arrested Brown May 15 in the parking lot of the fire station where he works. Tulsa Fire Department hired Brown in 2002. He's worked for the city of Tulsa for over 17 years. Brown is on administrative leave with pay and benefits included.

The Tulsa Fire Department takes allegations of this kind very seriously and is fully committed to working with law enforcement as they continue to investigate this matter. The Tulsa Fire Department holds our responsibility to the citizens of Tulsa in high regard. We continually strive to offer the absolute best life safety, incident stabilization, and property conservation services in the Tulsa community. We expect our employees to act in a manner that continuously builds upon public trust we have worked so hard to obtain.

I appreciate the swift action by the Tulsa Fire Department on this matter and the coordinated efforts among several law enforcement agencies. Allegations of this nature are deeply disturbing, and the City will do everything we can to help with this ongoing investigation.

Brown is scheduled for arraignment on June 18.