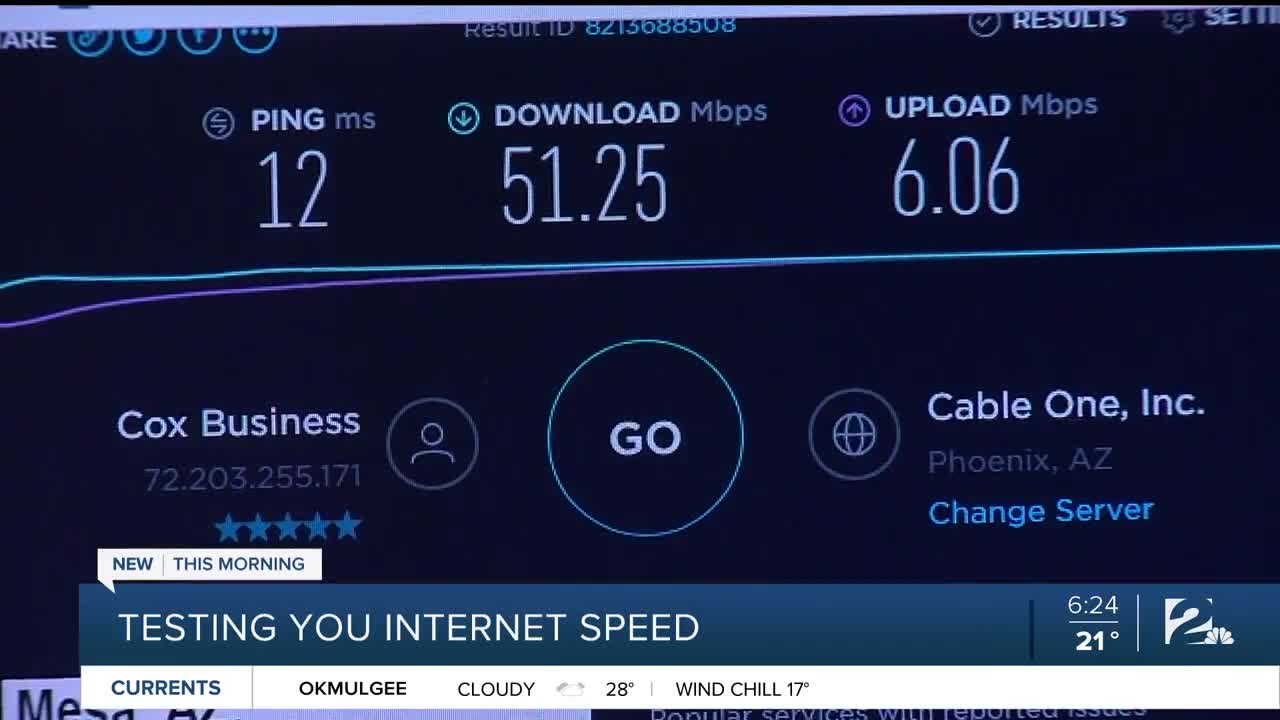 If you're paying for high-speed internet, your computer could still be lagging behind.

Which is why we are showing you how to accurately test your internet to see what's really causing it to slow down.

We've heard from dozens of people on Facebook, complaining about their slow internet speeds.

Erica says "I'm getting a third of what I'm paying for."

Plans are sold up to certain speeds, meaning it's the max, and the average could be a lot lower.

Want to test your speed?

With Cox and CenturyLink sites, you're linked to speedtest.net.

Taken just minutes after the first test, this showed much slower speeds, about half the first one.

To get an accurate average, don't use wi-fi, hard wire the computer to the modem and test repeatedly over time.

"You need to do it at 3 different times a day at least 3 days in a row so you get at least 9 different tests and you average those out," says Colburn.

And slow speeds may have nothing to do with your service provider.

Is there a computer virus? Is it a very busy time of day?

Whatever speed test you use, CenturyLink and Cox says it could be impacted by older equipment, number of devices used, websites accessed, and location.

So if you're not getting that, and paying for more, you should reach out to your service provider for an explanation.