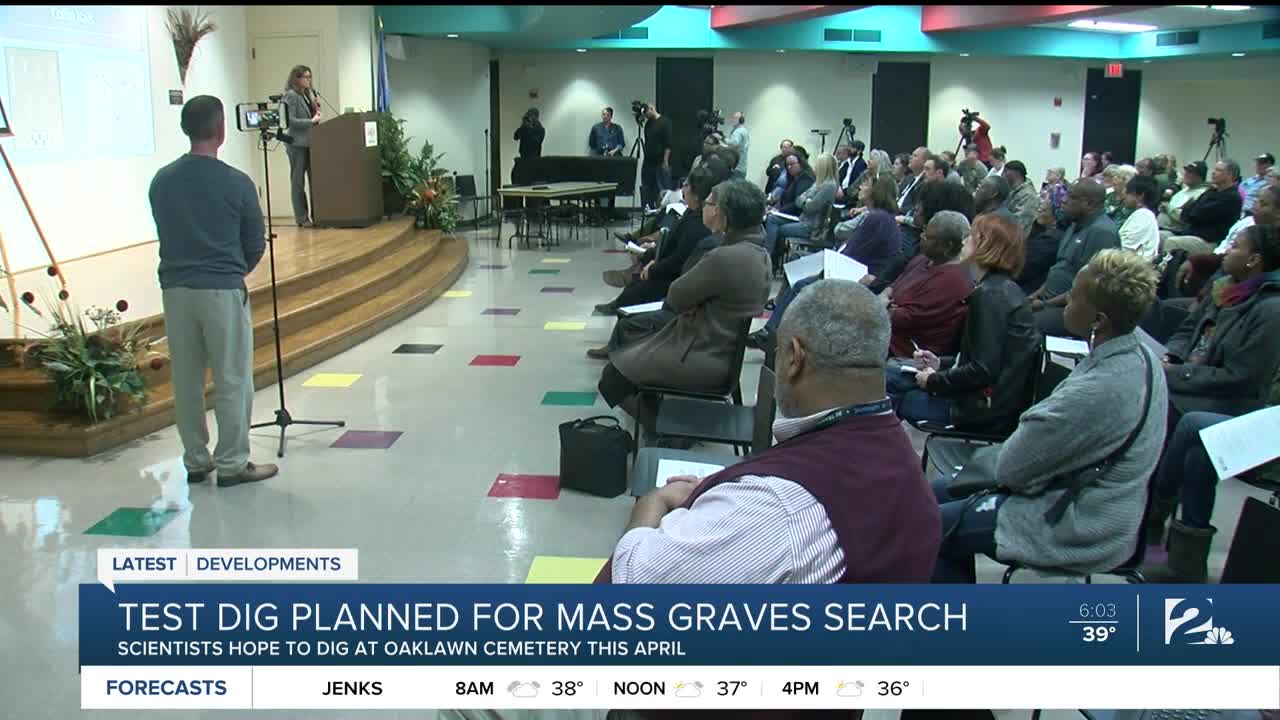 TULSA, Okla. — We now know the next steps in the search for mass graves from the 1921 Tulsa Race Massacre.

The Public Oversight Committee revealed a tentative plan to finally break ground in the next few months.

For decades, families have waited for answers about their loved ones and now could finally get them.

Scientists are set to finally break ground later this year in the effort to find victims.

They're hoping to dig at Oaklawn Cemetery this April.

But what Public Oversight Committee members still push for is that Rolling Oaks Cemetery finally be scanned by radar for remains.

The city is working with the property owner and said they hope to reach an agreement Thursday morning.

Also discussed, a proposal to scan the Clyde Eddy area of Oaklawn Cemetery.

A scientist admitted areas there were missed during the first scanning.