Tell Me Something Good: Woman goes viral with TikTok dance 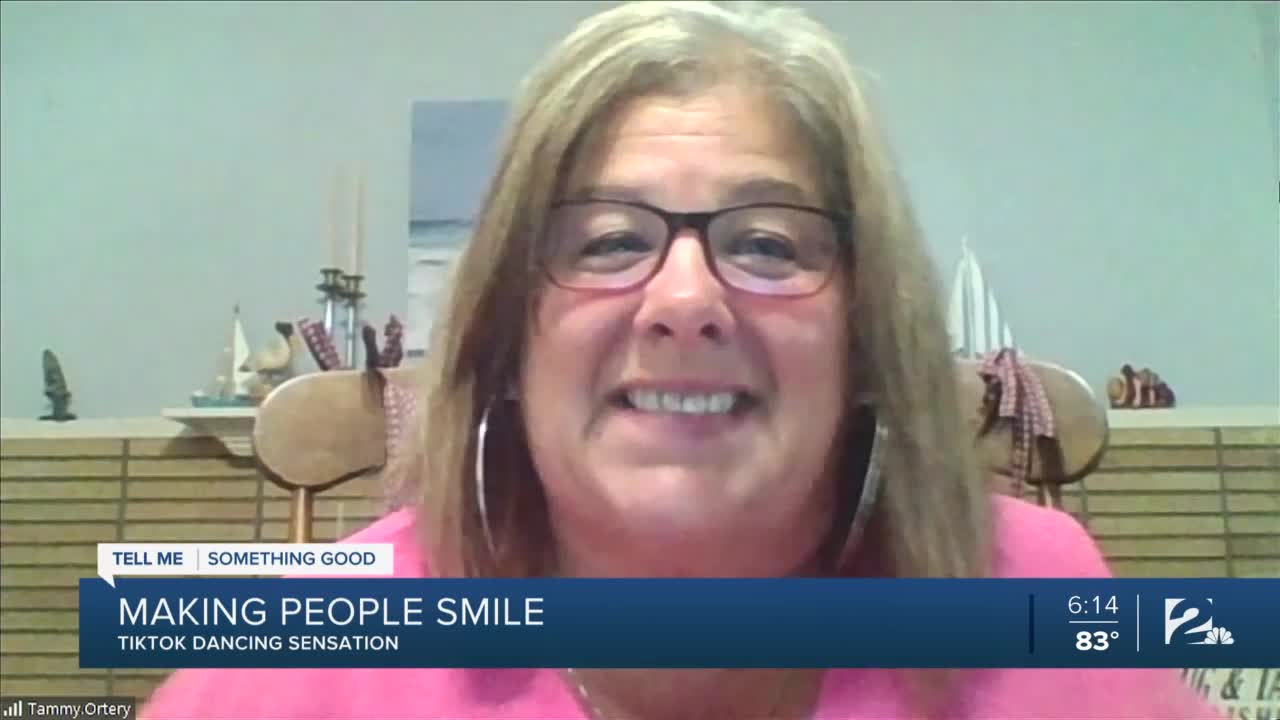 She's exactly what America needed during the pandemic. With one dance, she's made millions and millions of people smile.

Tonight's "Tell Me Something Good" is about a 59-year-old mom who's blowing up the internet with her TikTok dance.

Tammy Ortery, a high school guidance secretary, had no idea that one little TikTok video would forever change her life.

"It's like, wow. It's exciting. I feel overwhelmed sometimes, but it's so cool," Ortery said. "Over just a little dance I did in my driveway and it's led to all this. It's crazy!"

Ortery, also known by her username Ramsgirl30 on TikTok, started dancing with her youngest daughter when both were out of work because of the pandemic.

"I had personally never heard of TikTok," Ortery said.

She found one of her favorite songs, let the music take over and 6.5 million views later, she now has almost 200,000 TikTok followers.

"Someone said are you a choreographer? I was like, 'No. I just make up stuff.' So, I just made it up and here we are!" Ortery said.

Tammy-fever is taking over. She has a Youtube channel, a Facebook page and she's getting all kinds of requests for videos.

"A hockey team is sending me a jersey and they want me to dance and send it to them," Ortery said. "They're going to play it at their home games!"

And she might even end up on network TV.

"Well, I've heard from a national talk show. So, we're waiting on that, because no one is in the studio right now," Ortery said.

Believe it or not, there's an Oklahoma tie to this dancing queen. Ortery said her oldest daughter lives in McAlester, Oklahoma, but she has not seen her since last December because of the pandemic.

Ortery is living the dream right now, and she plans to continue dancing as long as the moves keep coming.

"As long as I can still move and groove a little bit, I'm just going to keep doing this," Ortery said. "If I can make one person smile or a million people smile, that's what I want to do."