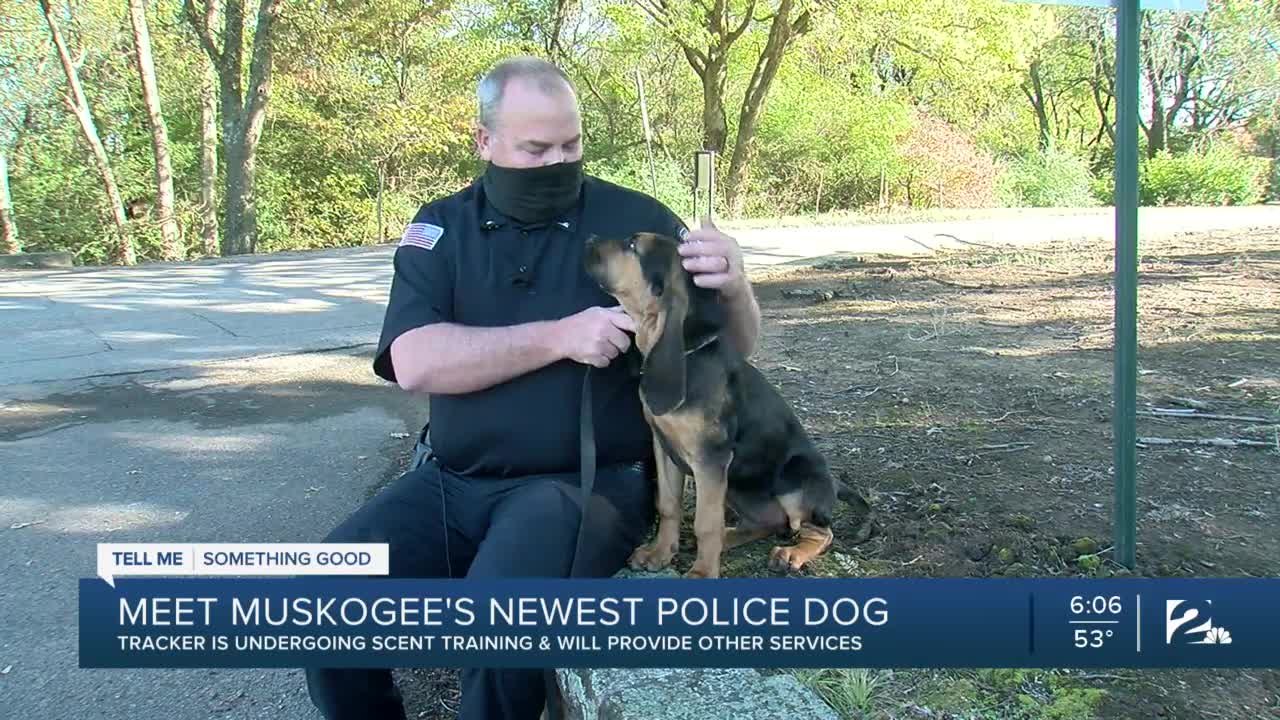 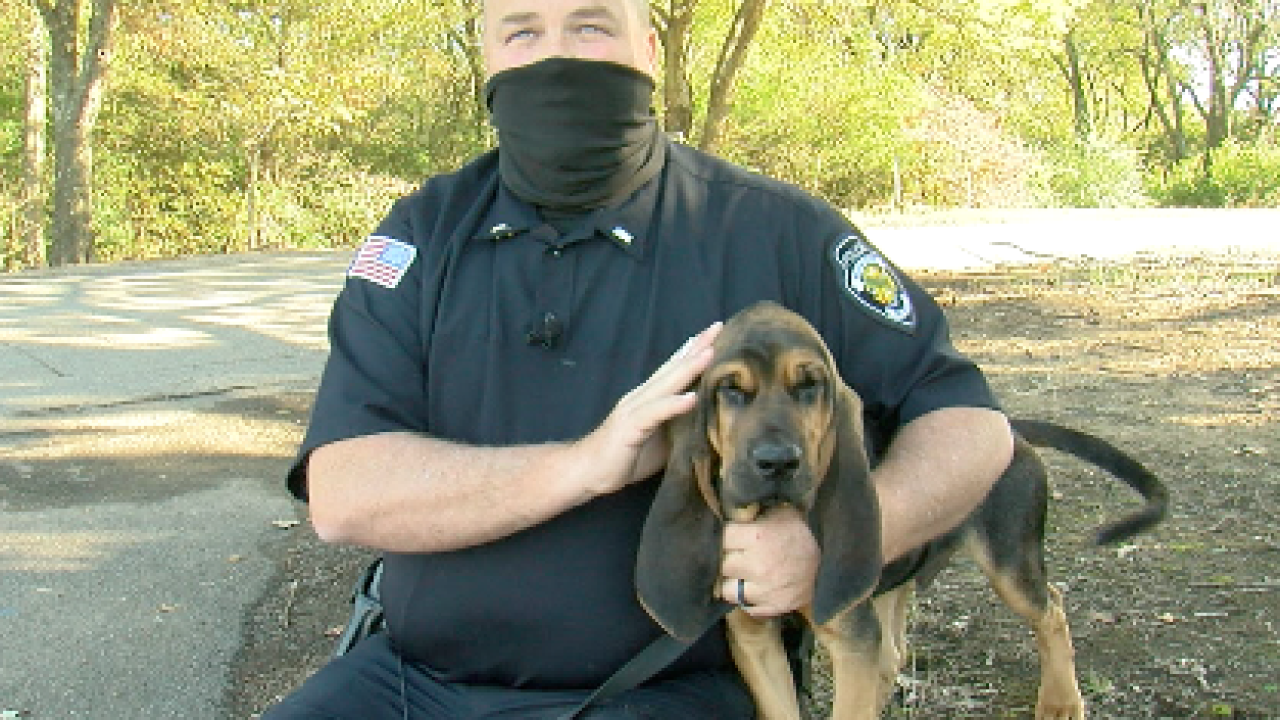 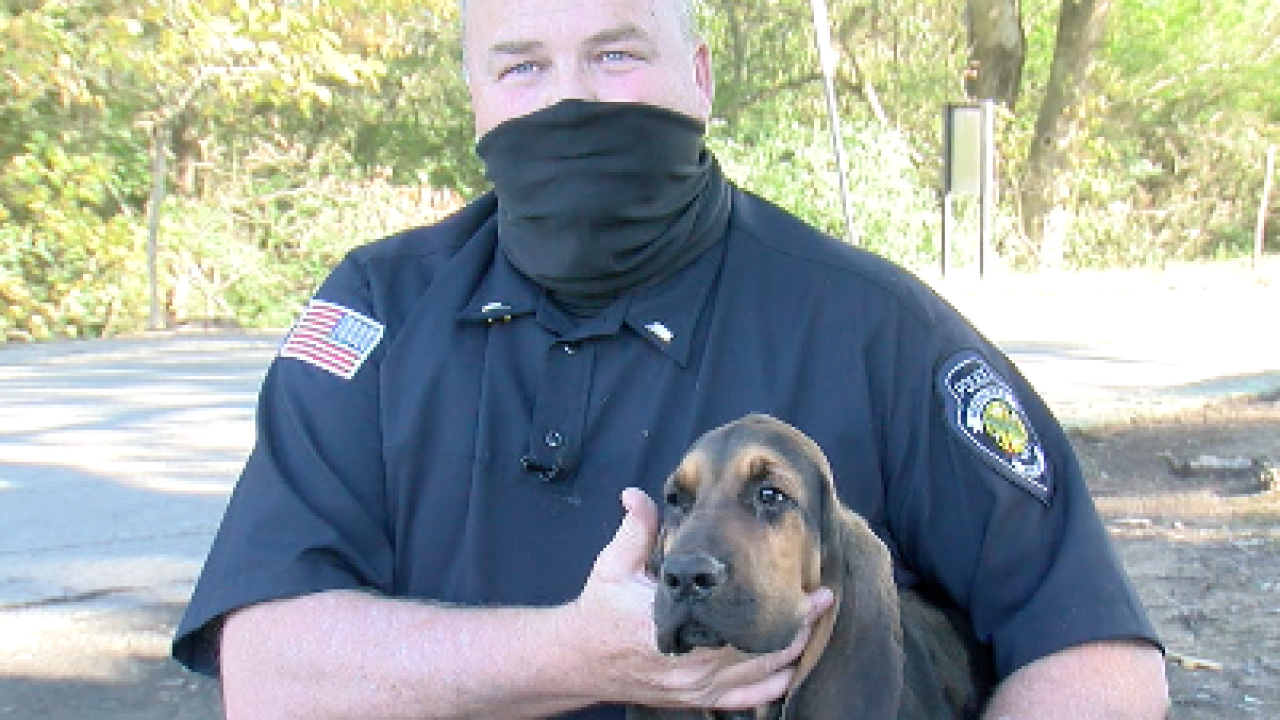 MUSKOGEE, Okla. — The newest member of the Muskogee Police Department will melt your heart. His name is Tracker, a bloodhound puppy from Kentucky donated to the department by the Jimmy Rice Foundation.

"He's like a 10 year old kid right now," said Lt. CB Abel with the Muskogee Police Department. "He just gets into everything."

Lt. Abel is Tracker's trainer. He's been training police dogs for years, but Tracker is his first bloodhound. So, schooling is a little different. Tracker will be trained on specific scents.

"I could take an item from you and have him sniff it, and then we could go find you in particular, instead of the hottest, newest scent," Lt. Abel said.

Tracker won't be trained to catch criminals like a K9 because those searches end with aggression.

"The main difference is you're going to have a better focus on what you're doing as far as tracking," Lt. Abel said. "You're not going to have to worry with the apprehension part."

Tracker will have several duties while on the force.

"Anybody that's pretty much wandered away that's not a suspect of a crime, we're going to use Tracker to try and find them," Lt. Abel said.

This includes children and those with Alzheimer's.

Tracker will also be an ambassador for the department.

Tracker will also be used a sort of a therapy dog for the men and women in blue.

"All the other officers all love him," Lt. Abel said. "We take him to the police department and he actually helps lift spirits. [He just runs] around the department and plays with everyone, and lets everybody pet him."

Lt. Abel said Tracker should be on the force eight to ten years and grow to weigh about 100 pounds.

When asked about Tracker's huge ears, Lt. Abel had this to say.

"They actually have a purpose," Lt. Abel said. "They stir up the scent and funnel it into his nose so he can follow the trails easier."

So, welcome to Green Country Tracker! We hope you have a long and productive career.

"He is just a tremendously intelligent dog and I think he'll do wonderful for our program," Lt. Abel said.