Tell Me Something Good: Local woman saves horse from slaughter 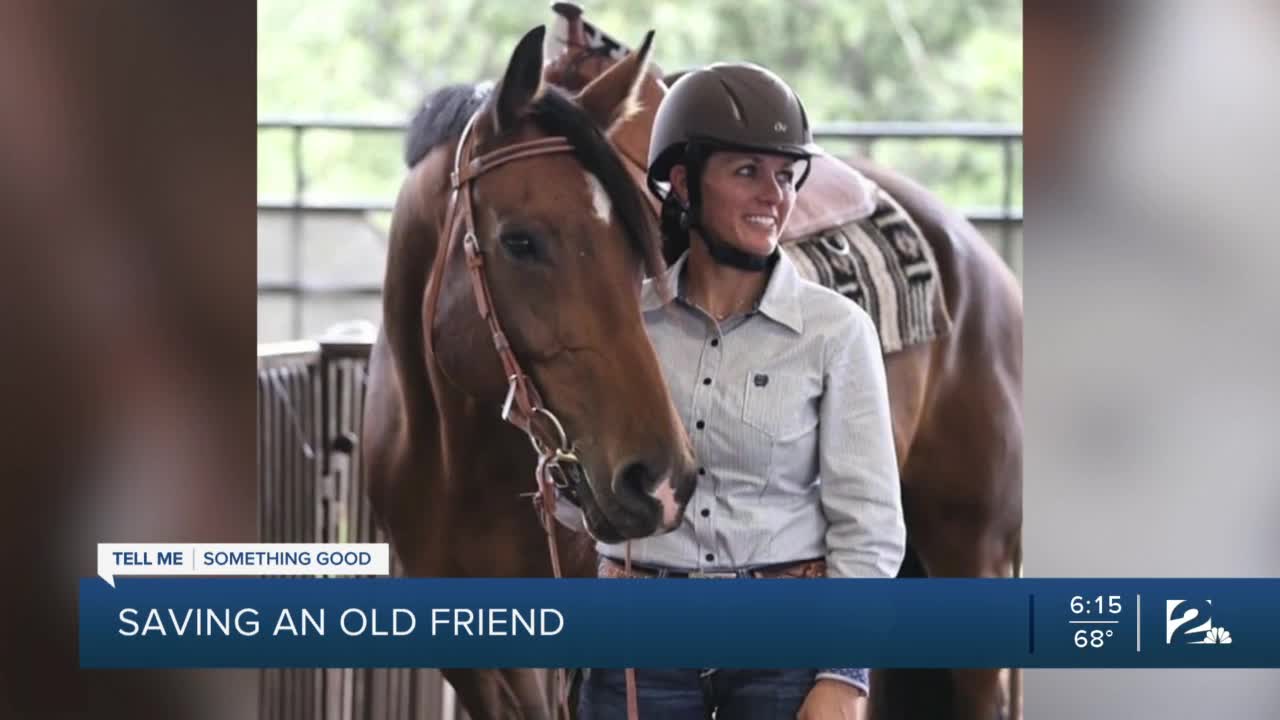 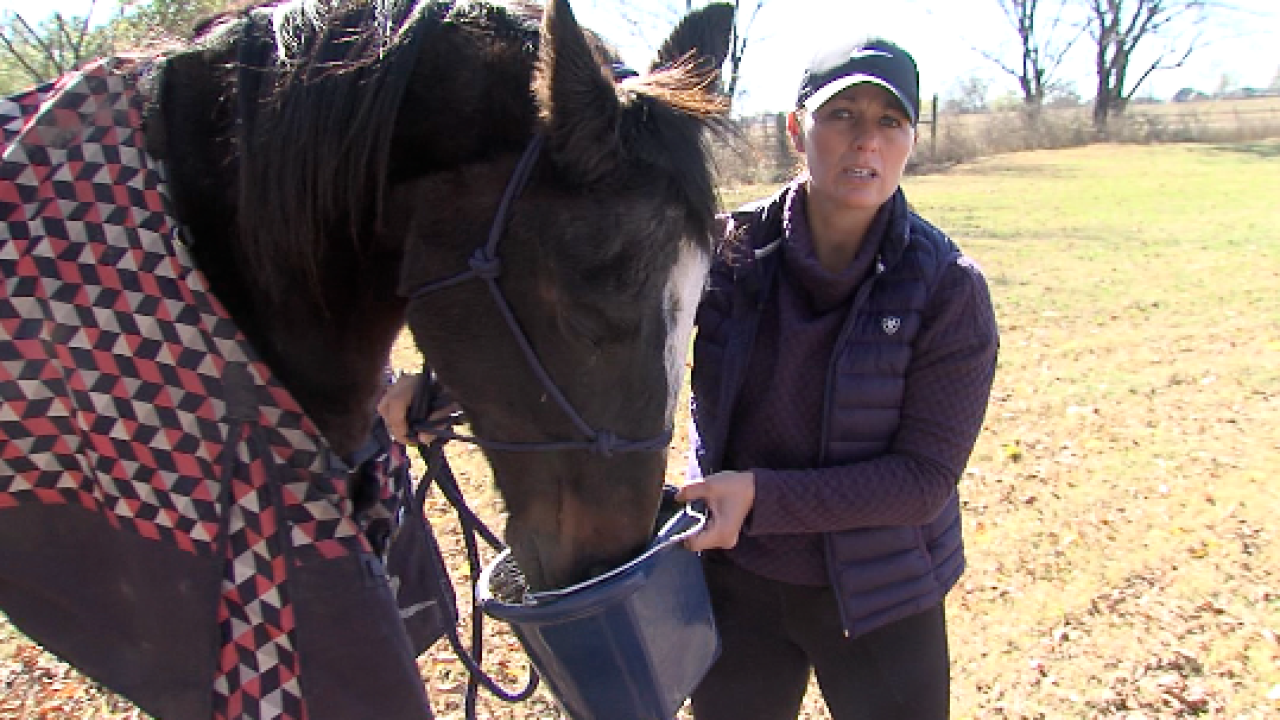 Horses have been in Richal Flannery's life since the beginning.

"I grew up riding Western and English," she said. "I've done everything from barrel racing and rodeo queen pageants, and now my main focus is on dressage."

Now. a horse trainer and riding instructor, Flannery was looking for the perfect horse to breed. When she saw Gia, it was love at first sight.

Gia is an Oldenburg horse imported from Germany. They're beautiful animals known for their kind character and extreme willingness to work under a saddle which makes them very popular for dressage.

"She's such a quality mare and her blood lines are pretty much going extinct," Flannery said.

Gia gave her a foal and was a great mother. But life happened and Flannery sold her to a buyer in Kentucky who promised to take care of her.

"He assured me that she could live out her days there and sent me pictures of his property," Flannery said.

Flannery texted him once a year to check on her friend. Eventually, she lost track of Gia until one fateful day when a friend called from Florido to tell Flannery her horse was back in trouble. But this time Gia was in trouble.

"We found her in Stroud on her way to slaughter if she wasn't purchased," she said.

Pictures show just how close Gia was to death. She had lost hundreds of pounds and been through who knows how many owners.

"I don't know how many times she was resold before she ended up at the sale barn," Flannery said. "Then [she was] purchased by the Stroud kill pen."

Flannery said unwanted horses end up in kill pens. They're a last chance for a horse to be saved by someone. Those that aren't saved are sold by the pound to slaughter facilities.

"Horses in this part of the country get shipped to Mexico," Flannery said.

Flannery rushed to save her old friend and was also able to save a mini-mule that Gia had befriended at the kill pen. Both are now under a 30-day quarantine, gaining weight, and learning to trust humans again.

"Unlimited hay and giving her several small meals throughout the day," she said. "Building up the amounts and getting her to take in more calories."

Together once again, Flannery said she'll make sure Gia lives out her final days being loved and cared for.

"It's nice to have her back and know that she's safe," she said. "To think what could have happened to her is pretty upsetting."