Teens discuss use of N-word 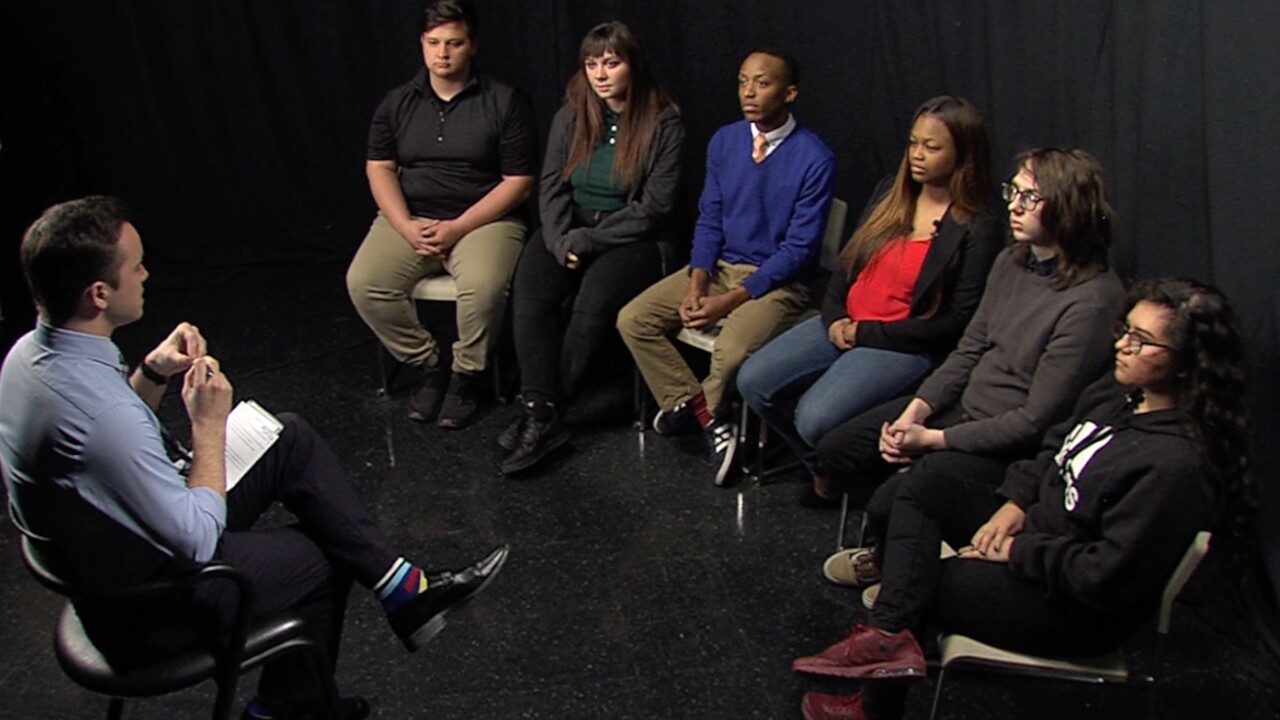 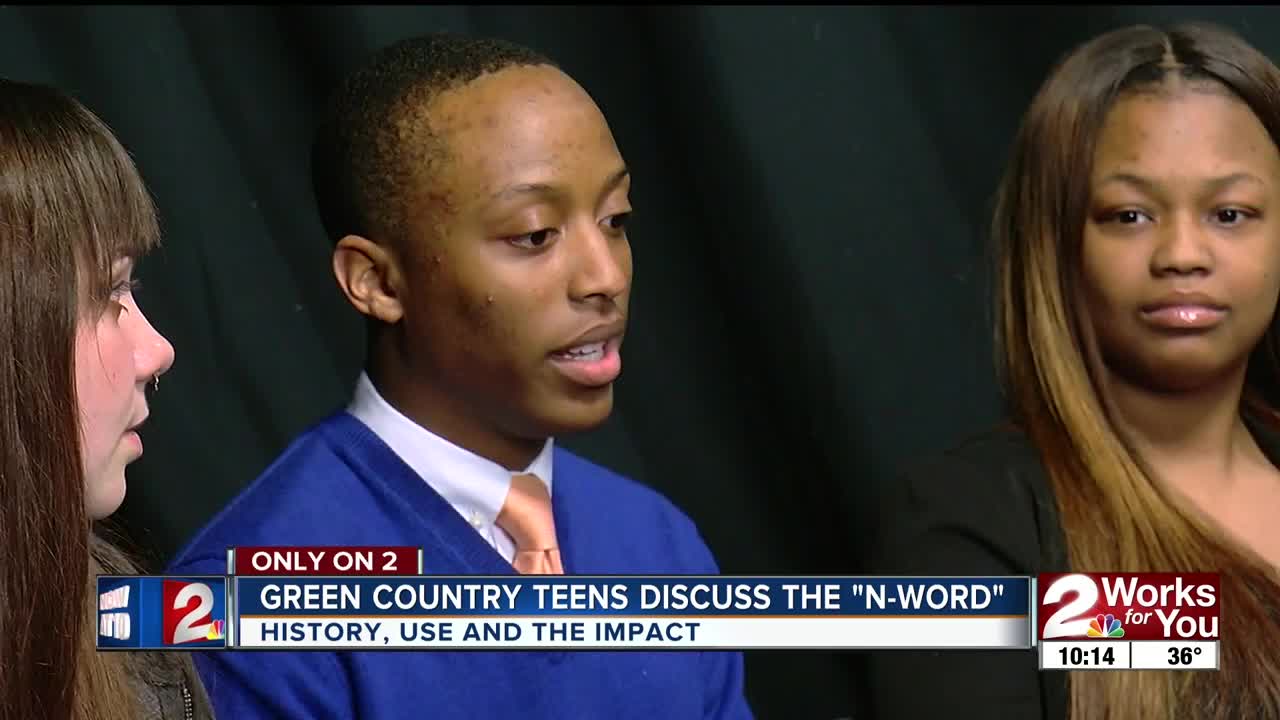 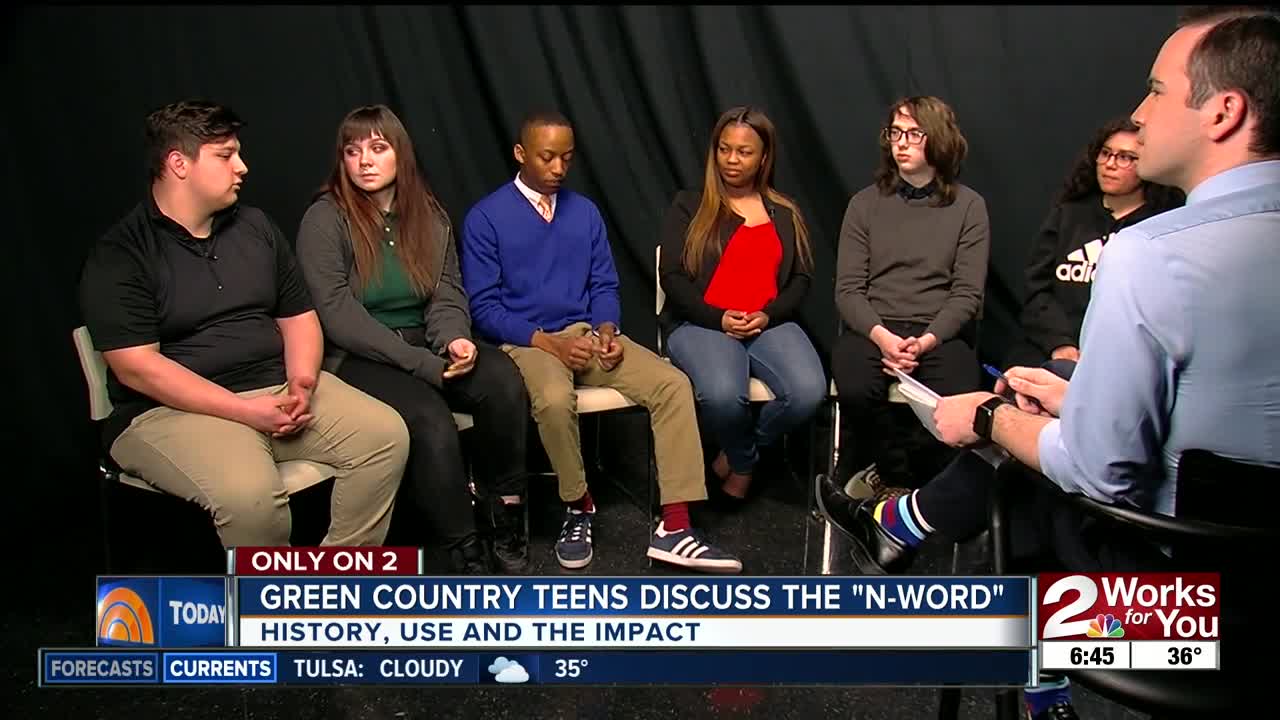 TULSA — Teens are discussing one of the most controversial words in history.

The "N-word" is used in movies, music and seen on social media. But it commonly gets thrown around in schools. 2 Works For You's Travis Guillory sat down with a diverse group of high school students and a diversity expert to talk about the issue. This interview has been edited for length.

Ismael (student): It's an offensive word that shouldn't be said at all.

Alma (student): I see the N-word being used as a greeting, a way that you talk to your friends within the black community.

Myles (student): When other black people say it to me and I know that they don't mean it in a negative connotation, I'm not as offended. But the history behind the word and within the word still kind of shocks me.

Risha Grant, diversity and inclusion expert: When I hear it from a white person, I hear racism. I hear the whole history of how that word was used.

Guillory: If you are watching TV and you're watching some rally where the word is being hatefully thrown out and then you walk outside and you hear someone casually say it on the street . . . It's the same word, but does it have a different meaning?

Lenora (student): It has everything to do with intent. Growing up within my family, there are people on one side who are extremely racist and use it in a derogatory way. But in my immediate family . . . It wasn't used that way. We didn't see each other as white people or black people. It was just a greeting.

Nathaniel (student): It's still the same word with the same history and the same meaning.

Risha Grant: Regardless of who says it, it still has that history attached to it, that harmful hurt attached to it. I think it depends on generations.

Guillory: So, do you feel like there's a difference among the generations about how the word now has kind of gotten watered down and it's not as big of a deal to younger people as it may be for someone's grandparents or great-grandparents?

Myles: Black people my age get to live in the comfort of the sacrifices that people before them have made and they have gotten so comfortable that they are like, 'Maybe I should let you use this word because we're all friends and racism is dead.' But it's not. It's just more covert.

Guillory: If someone in an older generation were to hear that, the things they associate with that word are not rap music or a comedy special. It goes a whole lot deeper than that.

Lenora: With the older generation, it was never used as a term of endearment; it was only seen as derogatory. I could see why they would be extremely offended hearing it or hearing the generation of today say it in such a loose kind of way.

Alma: I grew up in North Tulsa and I went to predominantly black schools. For the five Caucasian kids or the 15 Mexican kids, it wouldn't seem so derogatory because these people also grew up in the same situations, so it's kind of normalized throughout their lives as well.

Guillory: When you’re driving in a car and listening to a song . . . and then the word just comes out because it’s the lyrics to a song, does that automatically give that person a pass?

Kambry (student): It's hard to listen to rap music nowadays and not hear the word. If you’re Caucasian, Hispanic and you like rap music, nine times out of 10, that word is going to be said in a song at least 20 times.

Lenora: Personally, I’ll sing it in a song not even thinking about it. But for me, it’s just music.

Guillory: And you don’t feel like that makes you a bad person?

Lenora: No. It doesn't make me racist or whatever.

Alma: Obviously, if you accidentally say it, we’re human and we all make mistakes. But also think about maybe I should be careful because you never know who could be around.

Kambry: I do know people that will give a Caucasian person a pass to say, ‘You can say it. You act like one of us.’ How are you going to let one person say it but not let everyone say it? If it’s derogatory for one person because they’re that race, it should be derogatory for every person.

Nathaniel: The N card definitely feels like one person speaking for an entire group of people that they have not gotten permission to speak for.

Guillory: Do you think the N-word is ever going to go away?

Myles: People can try to remove the history from it so that they feel more comfortable with themselves, but I don’t think it’s ever going to go away unless people choose to be ignorant.

Risha Grant: We took a word that was meant to be hateful and hurtful to us and took the power back from that word. A part of me understands that as well, but how do you take power back from something that you never owned?