Teen STDs on the rise in Oklahoma

Teen STDs are on the rise in Oklahoma.

20 million sexually transmitted diseases are reported every year in the U.S. and teens make up about half. That number continues to climb and Oklahoma ranks in the top 10 of the highest STD rates.

Some blame technology, but Price said, “What we do know is that social media does give you access to other people easier so that you can meet up with somebody or arrange casual hookups or sexual encounters with people easier than you definitely could 10 years ago.”

While there is no correlation between social media and the rise of STDs, one teen told 2 Works for You one could lead to the other. She said, “People are seeing so much stuff on social media about skinny people, or people working out, or being fit and eating all this healthy food. People get so caught up in that. They want to just be perfect and get the perfect guy or get the perfect girl.”

She says this could lead teens to want to jump into a relationship quicker and have sex with their significant other, adding, “I have a couple of friends who literally just like go find some guy . . . and just have sex and then they feel better.”

Some of those encounters, the teen says, involve unprotected sex. When asked if teens are aware of the consequences, the teen said, “I think they know about it. You can easily go on Google and research what it can do for you. But I don’t think people know what it looks like or the side effects of it or what can happen to you in the long term.”

2 Works for You uncovered that in major school districts around the Tulsa area, sex education is offered starting in middle school and into high school years. STD education is a part of that. In some cases, AIDs education begins as early as fifth grade.

Ads geared toward teens pop up on their social media pages, attempting to remove the stigma attached to STDs and encourage teens to get tested. Price said, “Whenever they do those campaigns, it’s important to let a teen know that they can have confidential testing because I think that’s one of the barriers for teenagers. A lot of times, they are afraid that mom and dad is going to find out or the EOB from the insurance is going to go back to them or something.”

Price said it is all about removing the scarlet letter of having an STD and moving forward with maintaining and improving one’s health, adding, “It’s really important that anybody that’s sexually active have the tests done and find out for sure if they are positive or not so that they can get treatment to stop spreading it to other people.” 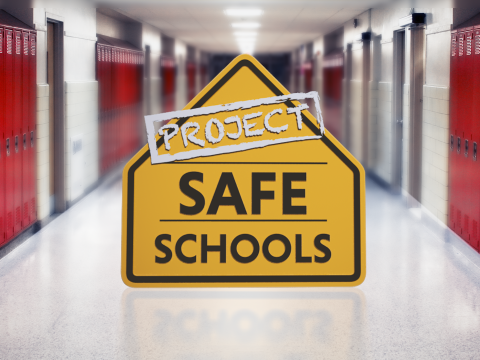 Every student has the right to feel safe in the classroom. 2 Works for You is assisting local schools in their efforts to provide safe and supportive learning environments for students.