Talking with your family about memory loss 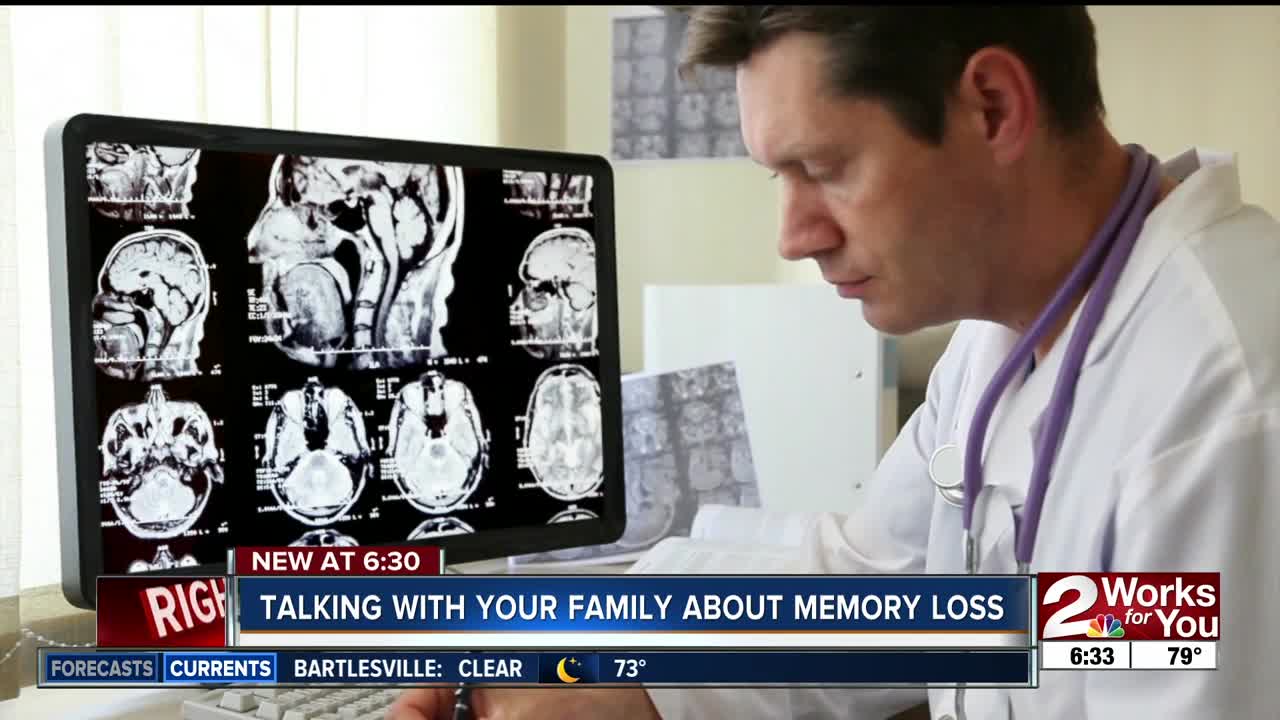 Talking with your family about memory loss

TULSA — Forgetting your keys can happen once in a while, but some times it can get more serious.

A new survey through the Alzheimer's Association shows that nearly 75 percent of people say it would be hard to talk about memory loss or thinking problems with loved ones.

"It was pretty sudden with me," Lyle Bass, an accountant who is losing his memory, said. "... It's something you really don't want to brag about."

The Alzheimer's Association points out that the survey also shows nine of ten Americans would want someone to let them know if they had concerns.

Bass said he knew something wasn't right while playing the game 'Rummikub.'

"I've always been able to do the numbers in my head, like a person who plays chess and all of a sudden one night they all disappeared," Bass said.

He went to the doctor and was diagnosed with Alzheimer's disease.

There are challenges that families may face when they find out a loved one has the disease.

"In that initial conversation you want to avoid that word Alzheimer, or dementia, and talk about the overall big picture changes," Denise Saxman, with the Alzheimer's Association, said.

It's suggested to use questions such as:

Then, patients can start making changes.

Which is what Bass is doing. He's getting an Apple Watch to track his location, buying a Tesla with it's technology and creating a support system.

"What I've done is build an outside team, family friends, so I have a whole group of people already set up for my wife when she has to become a full-time caregiver," Bass said.

Planning not only for his future with Alzheimer, but also for his family.

The Alzheimer's Association has tips and guidance for both patients and caregivers that you can find here.