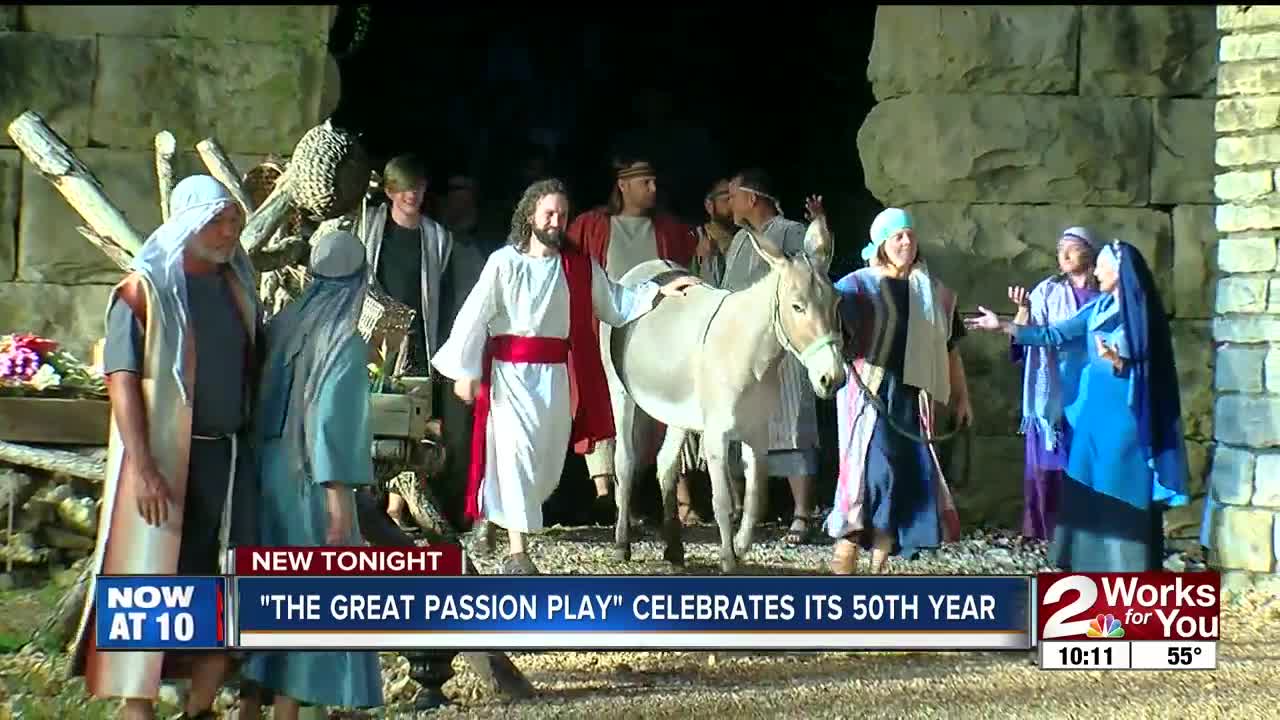 EUREKA SPRINGS, AR (KJRH) — It’s a story that’s touched 9 million lives. Over the past 50 years, The Great Passion Play has hosted thousands of Oklahomans, as well as visitors from all 50 states and more than a dozen countries. But on a stage built into the hillside with a cast of 150 people, much more goes into the production than what meets the eye.

"The only other production in the world that even comes close to this one is in Germany," Executive Director Randall Christy said, "and they only do it once every ten years."

The Great Passion Play is performed as many as four times every week. The play spans from May to October, with hundreds to thousands in attendance every show.

Kent Butler is the director of operations, and also portrays Jesus. He says being part of the production affects every aspect of the actors' lives.

"People come to Eureka Springs for a lot of different reasons," Butler said, "but in the end it’s to let them take time off to think about what life is all about."

Jeff Goostree, who performed in his 18th year in 2018, gave a word of advice before jumping in to the cast and becoming part of the play.

"You’re going to become consumed," Goostree said. "The lights are going to come up, and you’re not going to see the crowd anymore... and for us, it’s almost like we get transposed back in time 2000 years."

The Holy Land grounds at The Great Passion Play span on for acres, showing historically-accurate models of ancient times. The tour includes a representation of the manger where Jesus was born - a stone cave-like shelter built into a hill, rather than the wood stable in modern depictions.

Because there are so many speaking roles in the show, and because the set is so massive, there’s no possible way to give everyone microphones. So the lines are pre-recorded, with the speaking roles acting them out. That allows everyone else to react and be consumed with their roles.

As you spend time with the group, you realize how tight-knit they become. Fellow actors and friends call Goostree "Goose", and can be found joking around with each other as they dress for the show. Before each production, the cast prays together, goes over notes for the night's show, and heads out to the set - all like clockwork.

They say they do it all because of their love and their faith, and the play's ability to touch lives every night.

"People walk up the stairs after The Passion Play with tears running down their face," Christy said. "We have people there to pray with them every night."