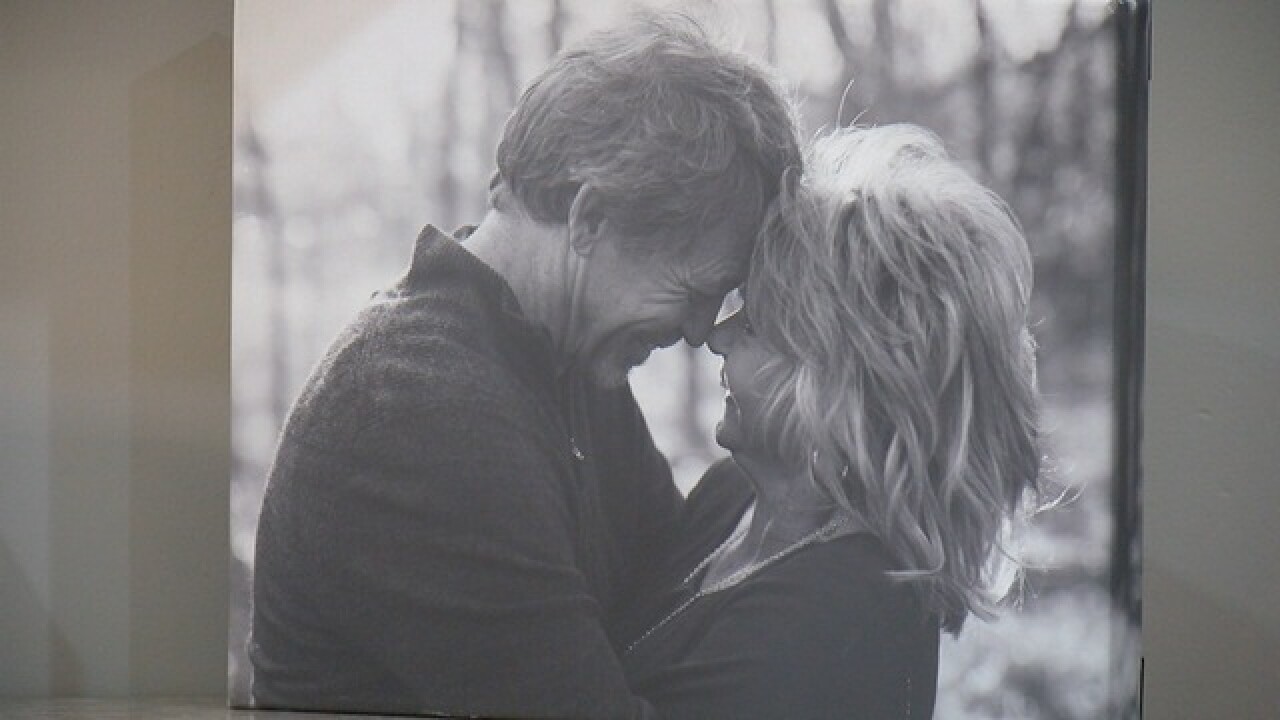 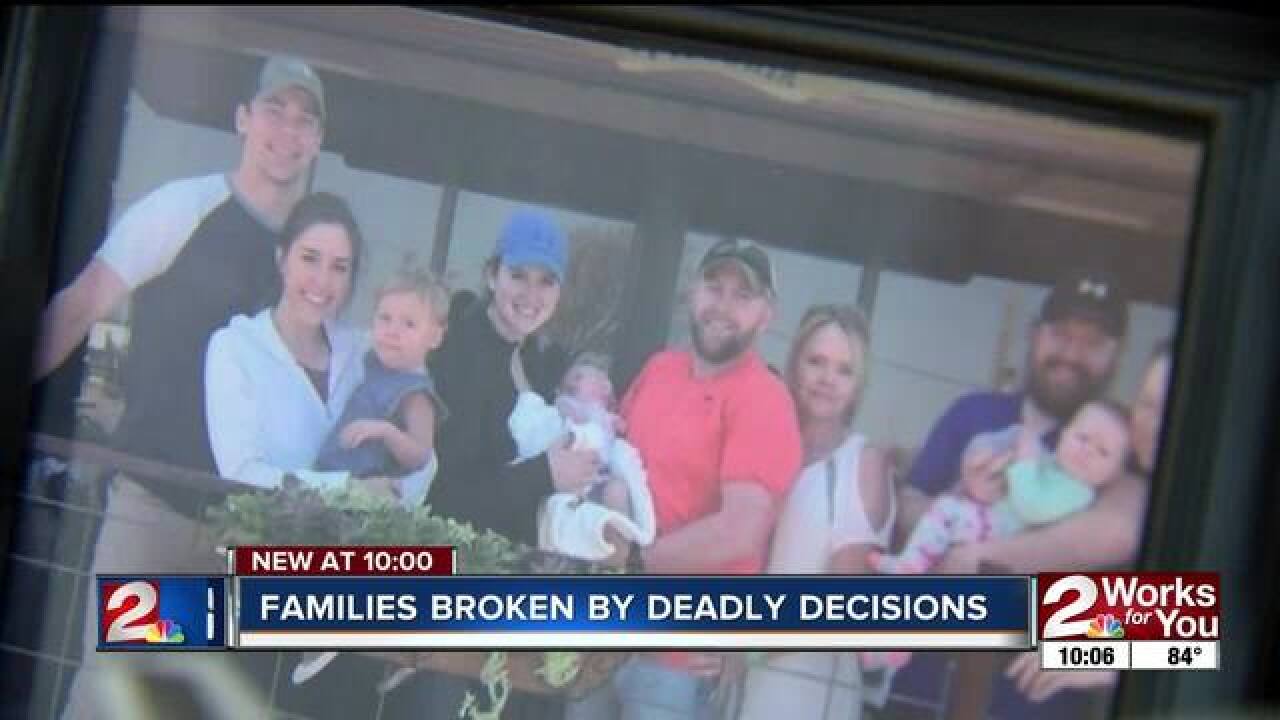 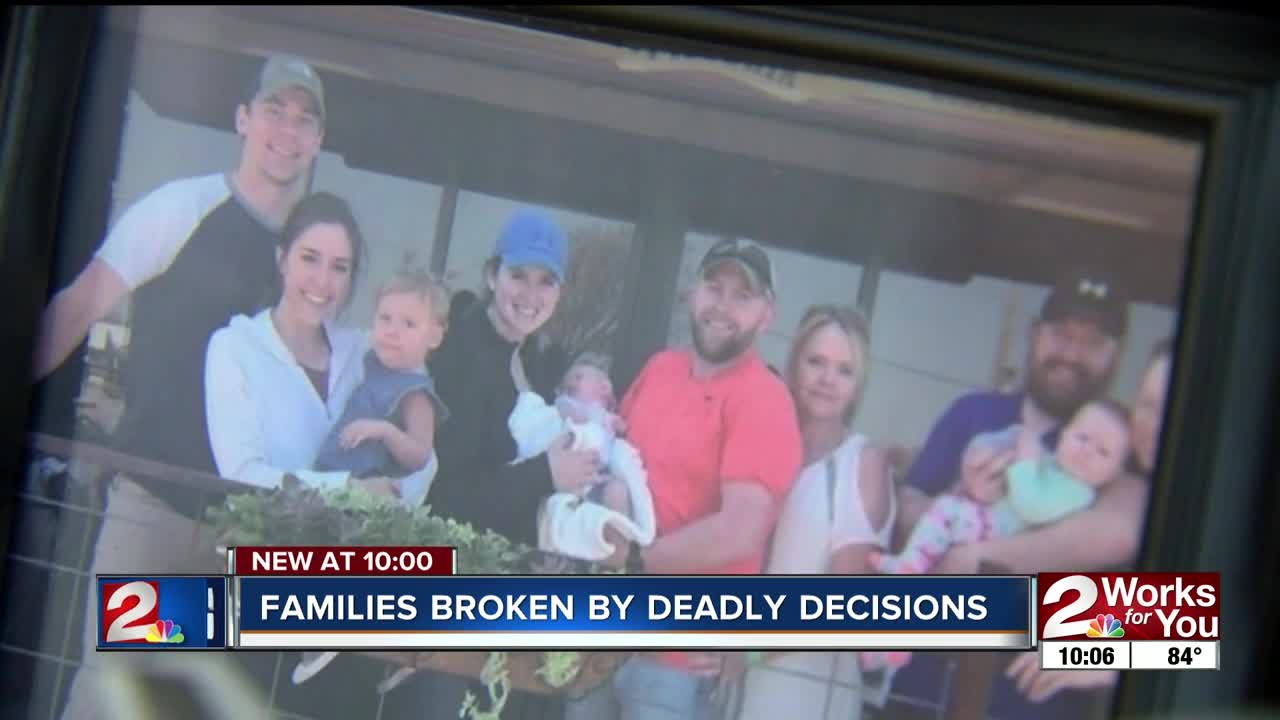 Licenses can be suspended for man reasons, including alcohol or drugs, convictions, too many points on your license, health, insurance and more.

A suspended license is what left Micayla Freking's family with a void that cannot be replaced.

"He told me that Steve had been involved in an accident and I said, 'That's not true. You have the wrong person,'" Freking said she told the OHP Trooper who told her about her husband. "Then, he told me that he had been killed and he said that he was 100-percent sure that that's who he was. I don't remember much after that."

Steve Freking worked at Nordam as an aeronautical engineer, a job he loved.

His wife, Micayla Freking, heard from him at 11:50 a.m. on March 28, 2017. He was sitting on the side of Whirlpool Drive, a two lane road where people from Nordam typically sit to smoke. Steve Freking was just waiting on a call from the insurance company.

"You can see where the track marks are," Micayla Freking said pointing to photos of the crash. "The impact happened here. He shoved him all the way here and then went this way."

Steve Freking was hit head on by Taylor Harvey who witnesses say was speeding.

On that day, Micayla Freking lost the man she fell in love with in high school. The two had already booked a trip for their 33rd wedding anniversary.

She said she realized it was not an accident and the life she is living was chosen for her by a stranger.

"When I close my eyes at night and open them up in the morning, I am reminded every day that he's gone," the widow said.

Harvey was charged with causing a fatal accident without a valid driver's license. He should not have been driving that day.

Officers said they come across people driving with a revoked or suspended license every day.

"That's people making individual choices to do that and there is really no way to keep an individual from making a bad decision," Sgt. Stephen Boyes with the Tulsa Police Traffic Division said.

The problem is there is no real way to keep these people off the road.

"It's an officers discretion," Sgt. Boyes said. "They can either cite you and write you citation that would be booked to court or they can arrest you. That is an officer's discretion."

Even if they do make an arrest, Sgt. Boyes said they can bone out for a couple of hundred dollars. He said they are rarely in jail for more than 24 hours.

He said in his experience, about 90-percent of the time they are just given tickets. For a first offense, the fine can be as low as $100, the same price as some parking tickets.

"I don't know how to resolve the problem, but if legislature, lawmakers, court systems don't do something different... he's going to continue, because there's not enough of a penalty to stop people from doing it," Micayla Freking said.

The death of her husband was obviously not enough of a penalty, according to the widow, to keep Harvey off the road.

He has been stopped again for driving without a license since he has been out on bond.

"I always had hope that maybe there was a reason why that this would be a life changing thing for someone," Micayla Freking said.

Harvey could spend up to five years in jail for killing Steve Freking. That is the maximum prison time his charge carries.

For now, Micayla Freking is waiting for justice and closure and always keeping her husband close to her heart. The Bible verse enscribed on his grave hangs around her neck.

"It says, 'May God watch between you and I when we are apart," Micayla Freking said reading her necklace. "I have our rings here along with a charm that has that Bible verse on it."
There is a warrant out for Harvey's arrest, because he did not show up at his last court hearing. Micayla Freking is hopeful he will go to his August 9 hearing.