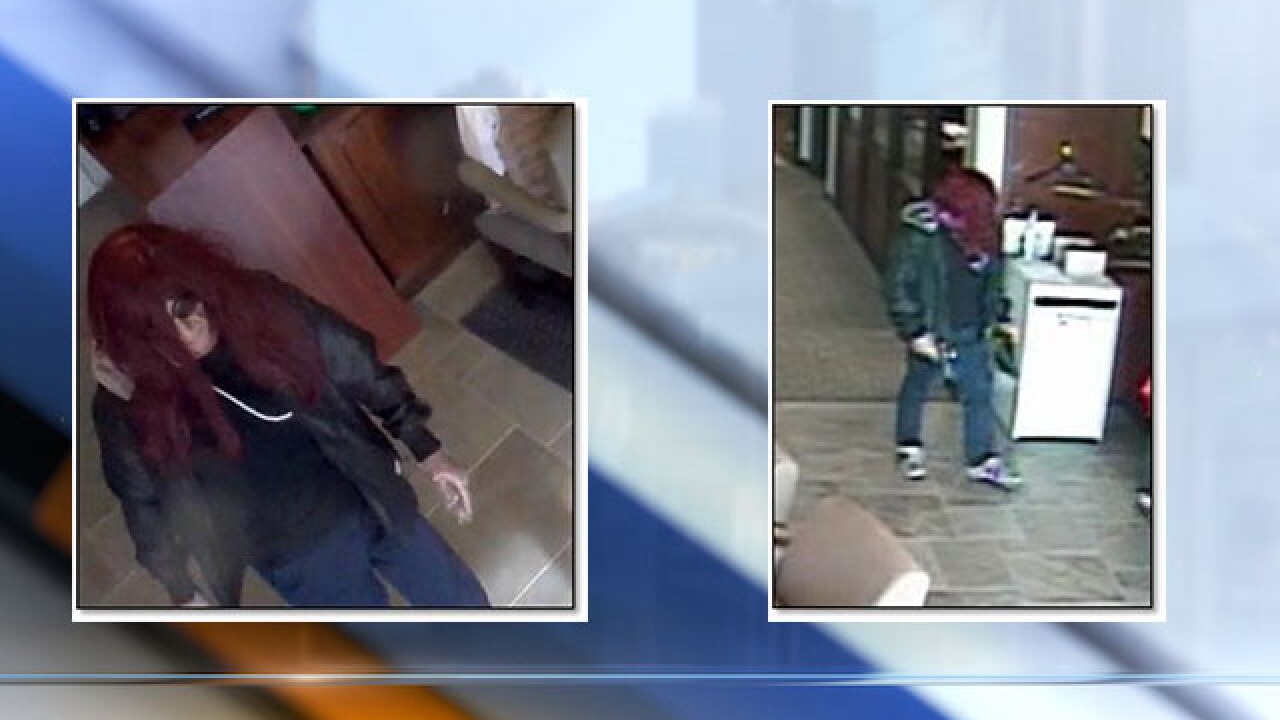 YUKON, Okla. — FBI agents are searching for a suspect who was captured on surveillance footage robbing a bank while wearing a red wig.

Officials said the suspect made it known to employees that he was in possession of a weapon, but no injuries were reported.

The suspect was described as a man in his late 60's, was of medium build, and wearing a red wig, sunglasses, blue jeans, a black shirt and a black jacket, officials said.

The Oklahoma Bankers Association is offering a $2,000 reward, agents said.