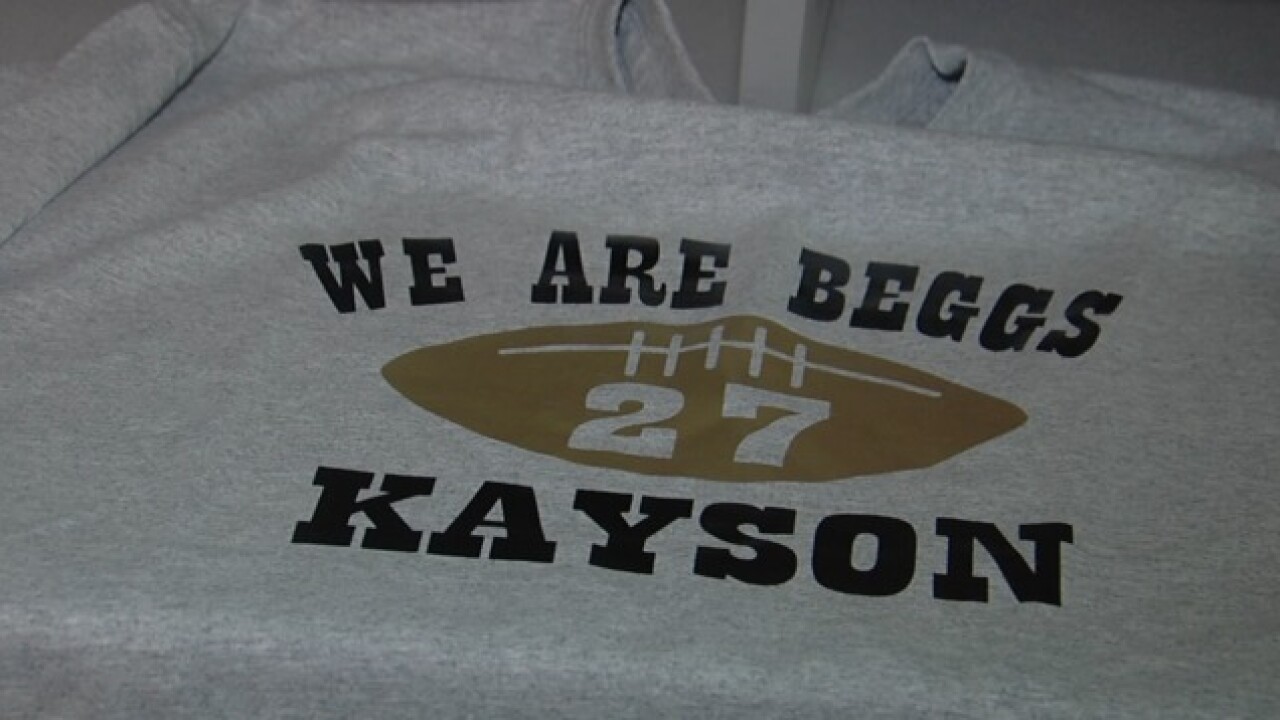 BEGGS, Okla. -- Following a triple shooting, neighboring communities are reaching out to show support to Beggs.

Okmulgee County Deputies said Amy Hall, 38, shot her three children, killing her son, Kayson Toliver, and sending her two daughters to the hospital. At last check, one is in good condition and the other is in serious.

Toliver was a running back for the Beggs High Football team. Friday's game against the Sperry Pirates was supposed to be their senior night. The school opted to move forward with the game but postpone honoring the seniors. Instead, players and fans will honor the missing player.

Julie Collett has never met Toliver and lives in Okmulgee, but she was asked to make shirts in his honor, she agreed.

"The hurt goes on, but when people see them wearing a shirt they are going to remember hopefully not so much the tragedy, but the life that he lived and the family lived," Collett said.

Tragedy and an outpouring of support is something she is familiar with.

"Twenty-year ago, I lost my oldest child when she was 18 to cancer and this community was amazing," Collett said.

Ever since, she said she has felt a need to help people grieving losses, like Toliver's.

Collett received more than 80 shirt orders in 12 hours. She is working non-stop before the football game to get the shirts made.

People outside of the Beggs community are even buying them and plan to skip their own school's game to attend the Demons game.

"We recently had a student who was diagnosed with brain cancer and [Beggs] pitched in and helped us out," Lori Snider, a Morris Schools Employee, said.

Collett said part of the proceeds will go towards supplies to make the shirts and the rest will go to the Toliver family for medical and funeral expenses.