Supporters gather at the Capitol for anti-abortion rally 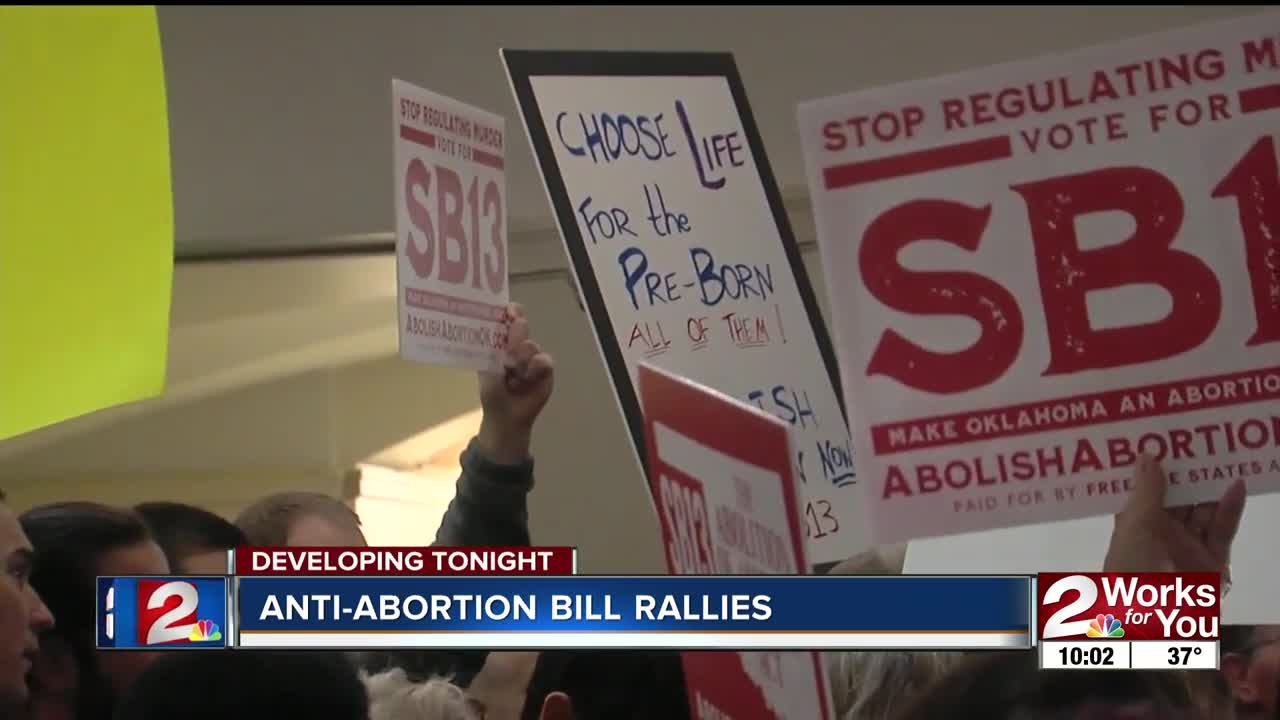 OKLAHOMA CITY, Okla. -- Hundreds gathered at the Capitol, rallying to support a proposed bill that would abolish abortion in Oklahoma.

Men, women, and children were dressed in ‘abolitionists’ tee shirts and held signs against abortion.

Hundreds rallied at the capitol in Oklahoma City on Tuesday to support Senate Bill 13 which criminalizes abortion and defines the procedure as a homicide.

"We’ve had enough, we’re tired of letting the minority rule what we say, we’re finally standing up and saying no, this is wrong," Eunice Carter, a supporter of Senate Bill 13.

Organizers of the rally say there’s hypocrisy in the Sooner state, because while many politicians say they’re pro-life, abortions happen in Oklahoma every day.

In 2016 the Oklahoma Supreme Court rejected a similar proposal, State Question 782, or the Oklahoma Abortion Prohibition Amendment. The American Civil Liberties Union filed a legal challenge saying it would interfere with a woman’s constitutionally protected reproductive rights. Supporters of Senate Bill 13 are hoping somehow this will be different.

"We have no idea the extent of what it would cost in our state to do this, but we’re saying no cost is too great to preserve the innocent life among us," said Malone.

Right now the bill is under review in the Senate Health and Human Services Committee.