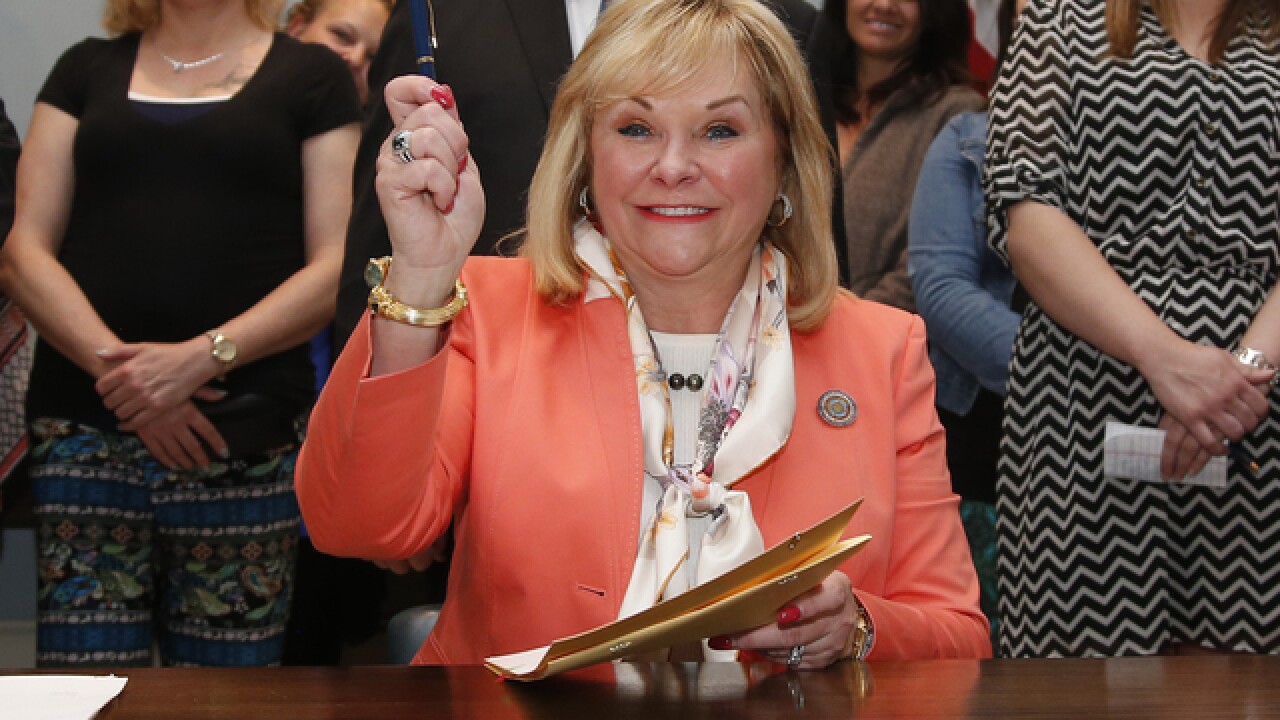 Oklahoma Gov. Mary Fallin is the least popular governor in the United States, according to Morning Consult, a survey research company.

The survey says Republican Mary Fallin has a 74 percent disapproval rating, which has her edging out Democrat Dan Malloy in Connecticut as the least-liked governor in the country.

Fallin's declining popularity came amid the teachers' strike in Oklahoma, which began in early April, the company said.

More recently, a lawsuit was filed against Fallin, among others, in response to her signing much-maligned emergency medical marijuana regulations passed by the department of health.

Fallin is in her last term in office.

For the study, Morning Consult conducted 326,051 surveys with registered US voters from April 1 to June 30.