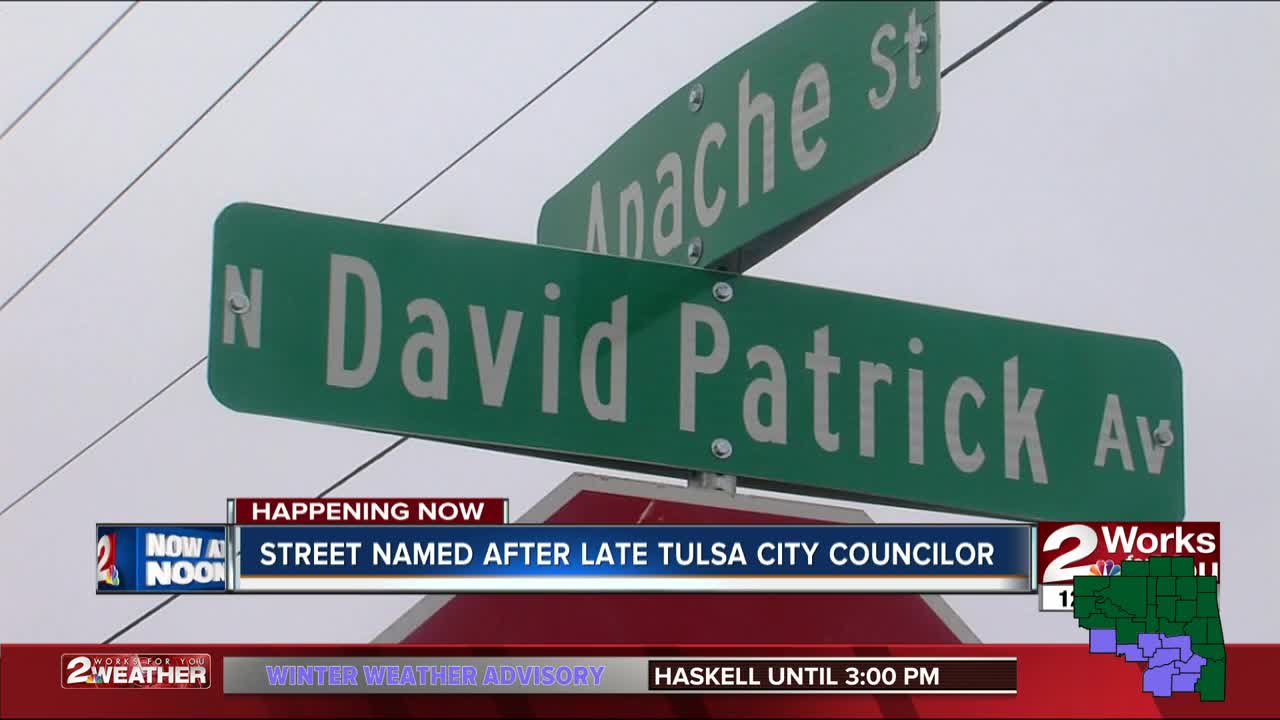 A portion of 129th East Avenue will now be called "David Patrick Avenue" after the late city councilor.

TULSA — A portion of 129th East Avenue will now be called "David Patrick Avenue" after the late city councilor.

David Patrick died suddenly in September at the age of 67. He was the longest running councilor. He served District 3 for nine terms.

From Pine Street to 46th Street North, 129th East Avenue will be named after the councilor.

Mayor GT Bynum said this area is special to Patrick because he is responsible for the development of the land. He said for years Patrick pushed to have utilities extended east of US 169 to an area that was a wasteland.

Now, Bynum said the area is the fastest growing employment area in the city.

Amazon is building a fulfillment center and Greenheck is expanding its campus. That is just a few of the businesses now calling District 3 its home.

"We wanted this to be a place where every day when those hundreds of people come out here to their great jobs, we want them to see his name," Bynum said.

Patrick's family stood by as a sign with "David Patrick Avenue" was unveiled at the intersection of East Apache. It was a special moment for them knowing their modest beginnings.

"We lived on his $200 a week salary my whole life, no health insurance, none of that...to having a remembrance in this way is an incredible incredible experience," Crista Patrick, his daughter, said.

She said her father would be honored to know a three mile stretch of street was being named after him and would not be able to believe it was happening.

"We can now order something from Amazon in his honor," Crista Patrick said laughing. "That was one of this favorite past times. There were always many boxes on the porch and they will forever be marked from 'David Patrick Avenue.'"