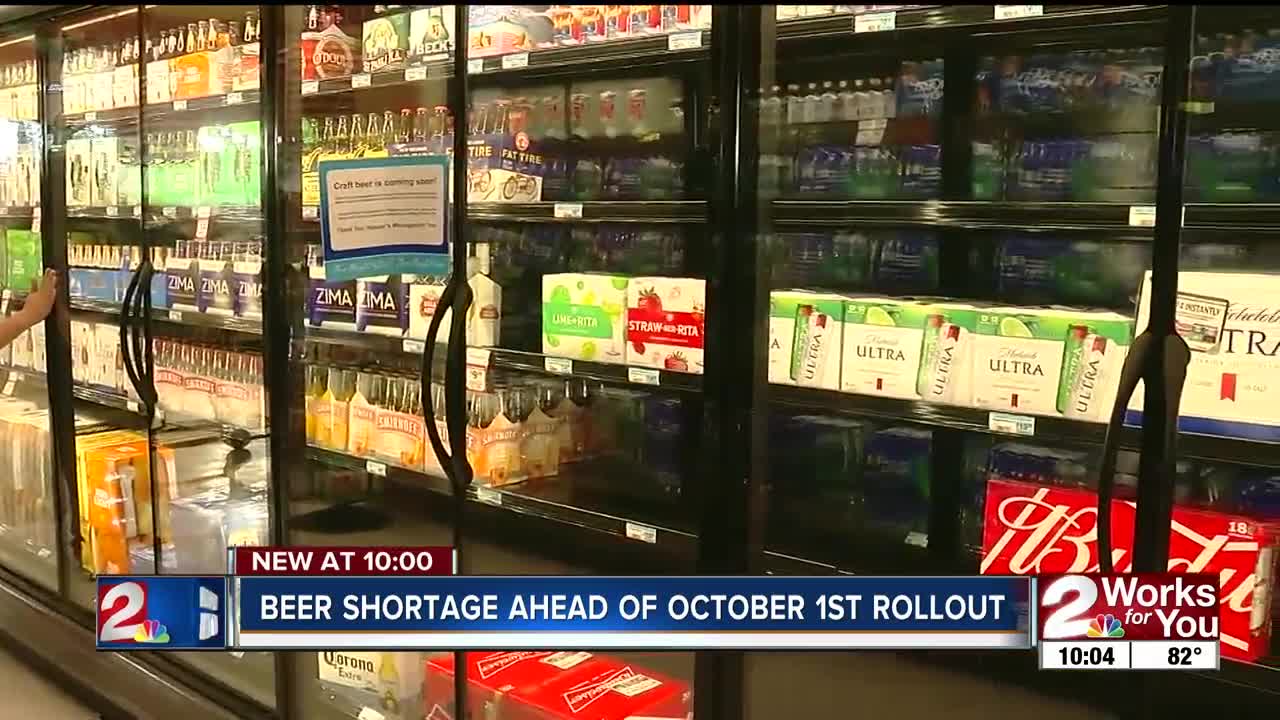 Beer shortage ahead of October 1 rollout 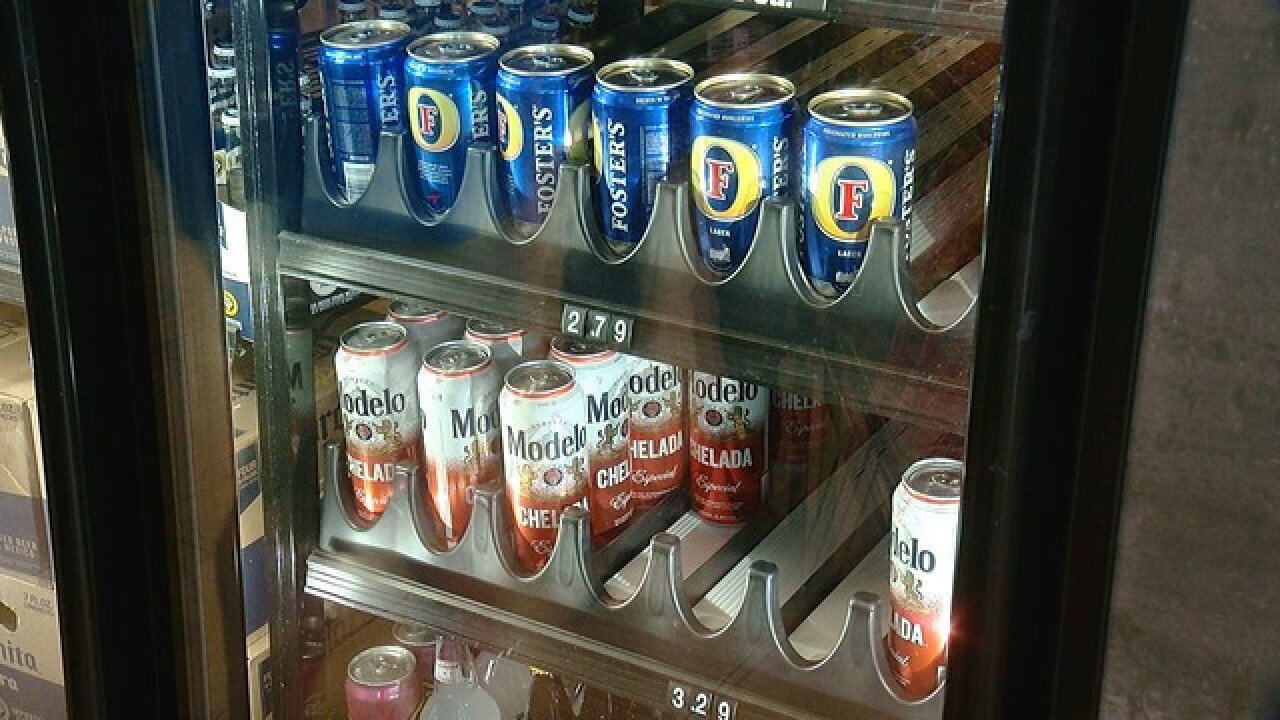 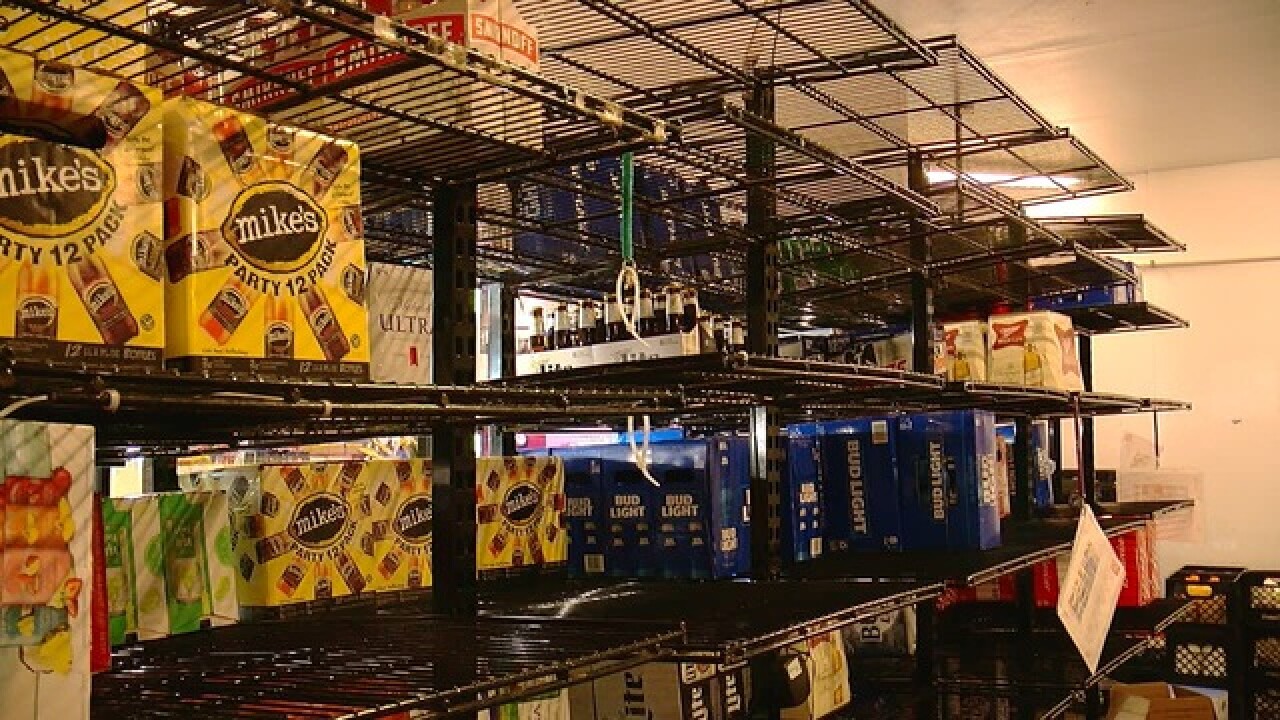 We’re only a couple weeks of away from a big change in Oklahoma’s beer and wine laws.

By now you’ve probably seen some big gaps on the shelves at your local gas stations and grocery stores.

Industry experts said 3.2 beer is not being made or shipped for Oklahoma anymore knowing the new law is about to go into effect.

You can’t by wine or strong beer yet, but stores are certainly ready for the day to come.

“The shelves are kinda scarce, this is what’s left, this might be what’s left of 3.2 beer. Sign of the times?” asked our reporter.

”Get rid of that stuff. We’re ready for the 6-point,” said one customer at Reasors.

Back in 2016, voters approved State Question 792 allowing for ‘strong beer’ and wine to be sold in gas stations and grocery stores.

Almost two years later and there’s a 3.2 beer shortage in the days before the new law goes into effect.

”We knew going into it that the beer manufacturers we going to quit shipping 3.2 beer around September 1. That held true,” said Mike Thornbrugh, a spokesperson for QuikTrip.

QuikTrip has 78 stores in the Tulsa metro.

“This store (129th E Ave. & 51st St.) looks a lot better than most of them we have, that’s pretty much all we’re going to have left and its going fast and it will be gone. We’ll just have to wait until October 1,”

“I can’t wait, it’s been a long time coming,” said one store customer.

”They need to, to make room for all that good beer,”

2 Works For You also spoke with the trade group in Oklahoma that represents the liquor stores—it said liquor stores have been preparing for the inevitable, preparing for a loss in revenue, redoing their business models to offer cold beer and wine and non-alcoholic products as well.