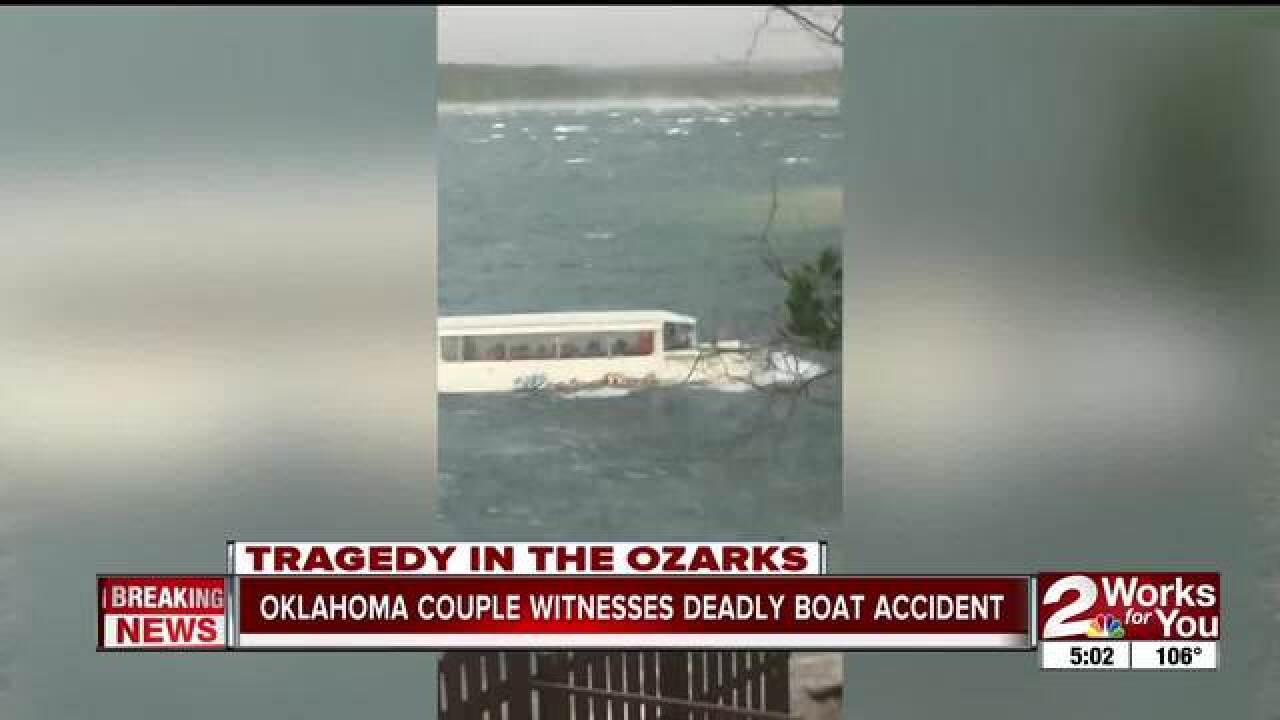 On Friday, the Stone County Sheriff's Office released the names of the victims who died in a boating accident on Table Rock Lake near Branson.

A boat filled with tourists capsized Thursday, claiming the lives of 17 people.

On Friday, deputies released the names of the victims, which aged from one to 76-years-old.

Five victims were from Missouri, nine were from Indiana, one from Illinois and two were from Arkansas.

The names have those who lost their lives are:

The NTSB announced in a press conference on Friday that the cause of the accident will be determined in a preliminary report, which would be released in a couple of weeks to a month.