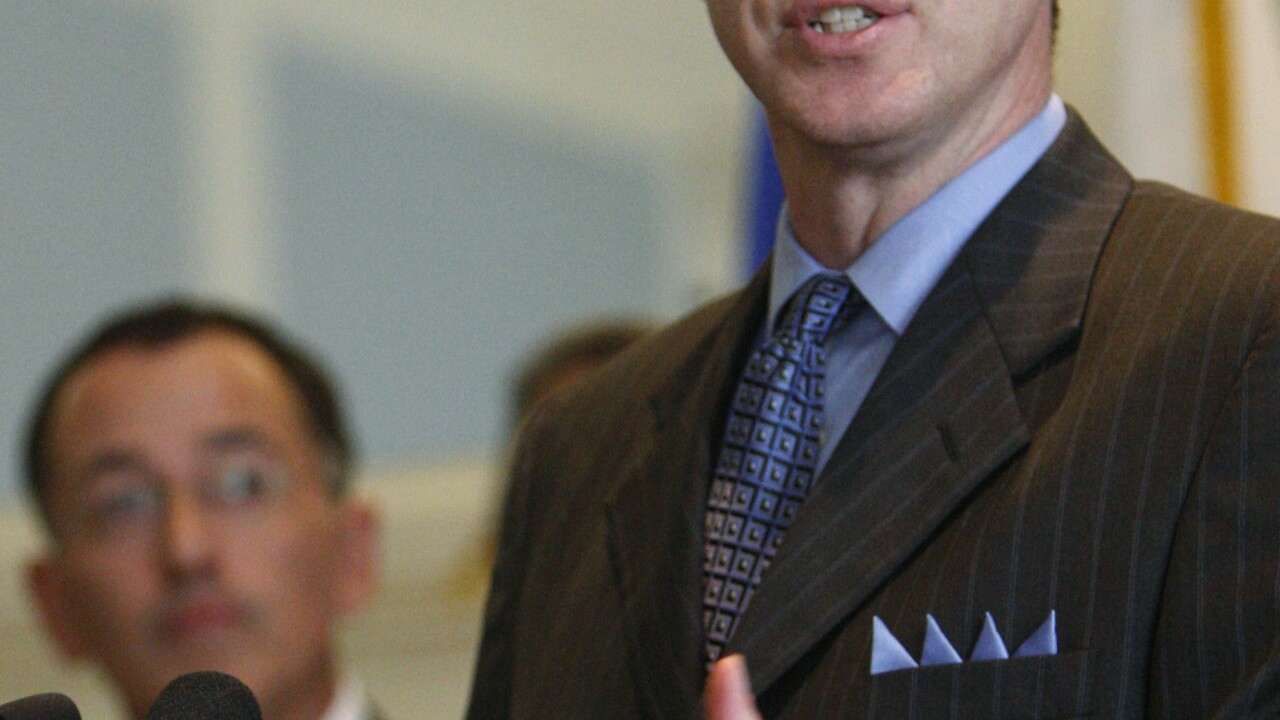 AP
In this Tuesday, May 10, 2011 photo, Oklahoma state Sen. Mike Mazzei, R-Tulsa, is pictured in Oklahoma City. Mazzei, the chairman of the Task Force on Comprehensive Tax Reform, said a nonpartisan group had rated Oklahoma's tax structure 30th in the nation for job creation and that changes were necessary for improvement. (AP Photo)

OKLAHOMA CITY (AP) -- Oklahoma's newly elected governor has tapped a former state senator from Tulsa to be his secretary of budget.

Gov.-elect Kevin Stitt announced Thursday he plans to hire former state Sen. Mike Mazzei (MAY'-zee) to the newly created post, which will require Senate confirmation. Stitt says Mazzei will be responsible for preparing the governor's annual budget and working with lawmakers to get it implemented.

A certified financial planner, Mazzei served 12 years in the Senate, most of them as chairman of the Senate Finance Committee, where he oversaw tax policy.

Stitt says he also plans to create a new cabinet position of secretary of agency accountability, who will operate like a chief operating officer and work with state agencies to develop "performance metrics."