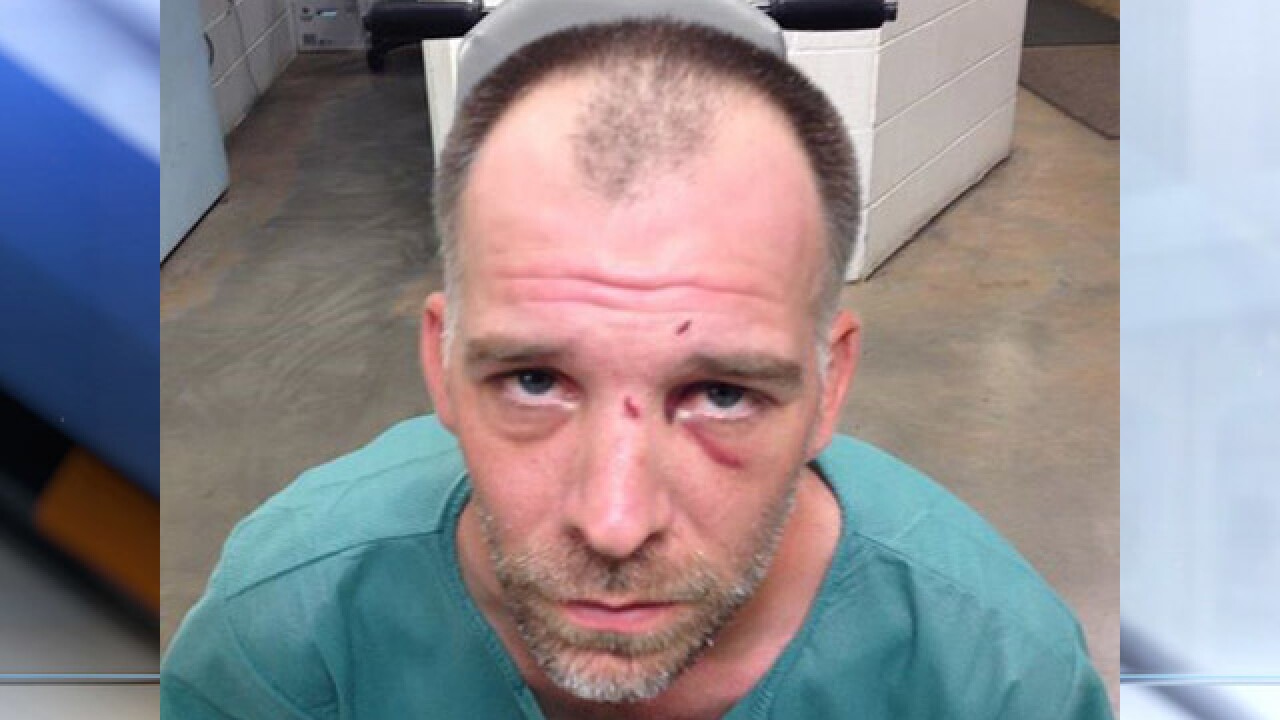 STILLWATER, Okla. -- A Stillwater man was arrested last week after he was accused of strangling his girlfriend.

Officers spoke with an employee who said that Robert Chipman had arrived at work acting oddly. Chipman was not wearing shoes, and the employee gave him a ride home so that he could retrieve a pair of shoes.

At the home, Chipman said that he could not go back inside the home because he had strangled his girlfriend and thought she was dead, police said.

Officers conducted a welfare check in the 800 block of South Leigh Street to check on the woman.

The woman had been beaten and badly injured. She was taken to the hospital with multiple facial fractures and internal injuries. She is in critical but stable condition.

Chipman was found at a nearby park and arrested for assault with intent to kill. Chipman told officers that he attempted to kill the woman by strangling her and beating her with a board.