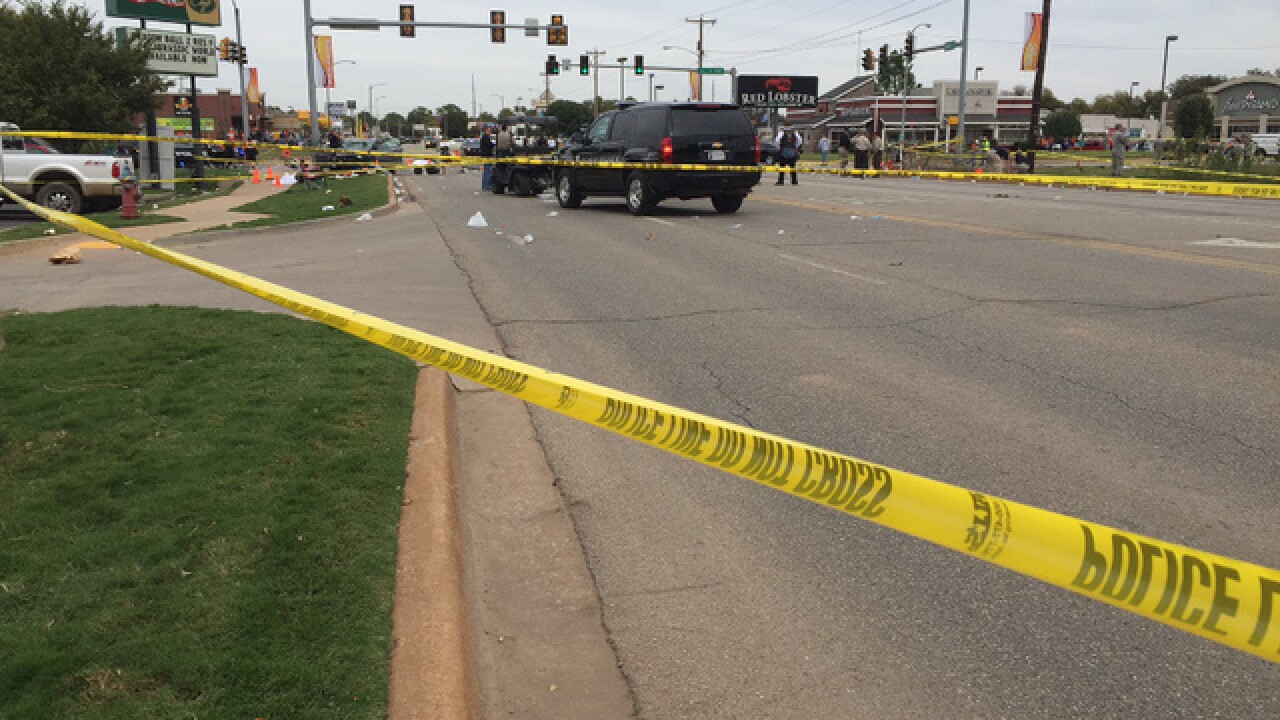 STILLWATER, Okla. (AP) -- The Oklahoma community that saw a deadly homecoming parade crash will soon have a place to pay their respects.

The Stillwater News Press reports that the $100,000 Stillwater Strong Memorial is scheduled to be dedicated on Oct. 26. The memorial will feature a 6-foot tall (2-meter tall) steel ribbon sitting on top of a concrete base with descriptions of the four people who died in the crash.

The 2015 crash occurred when a woman drove into a crowd of spectators at Oklahoma State University's homecoming parade, killing four and injuring dozens of others. Adacia Chambers pleaded no contest and was sentenced to multiple life sentences last year.

The Stillwater Memorial Committee raised half the money for the memorial last year through a donation drive at the university's homecoming football game.