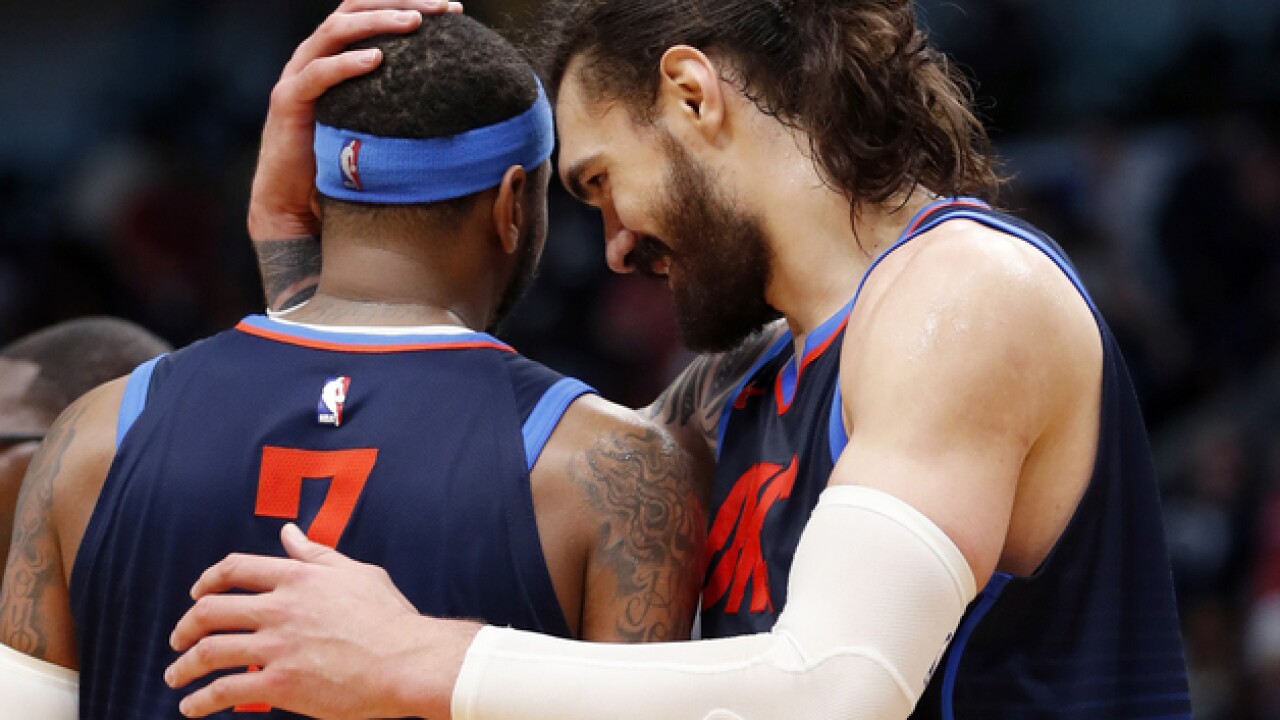 A post featuring Adams, Anthony, Russell Westbrook and Paul George asked which player on the team is more valuable to the Thunder. Adams liked a comment that said "All of them except Melo."

ESPN reported that the 7-foot center made the team aware of the situation, and blamed the like on his "fat fingers."

Anthony struggled at times during his first season with the Thunder, and, after the season, expressed his frustration with his role on the team.

"I think everybody knows that I've sacrificed kind of damn near everything -- family, moving here by myself, sacrificed my game for the sake of the team, and was willing to sacrifice anything and everything in order for this situation to work out," Anthony said of his season with the Thunder. "So it's something I really have to think about, if I really want to be this type of player, finish out my career as this type of player, knowing that I have so much left in the tank and I bring so much to the game of basketball."