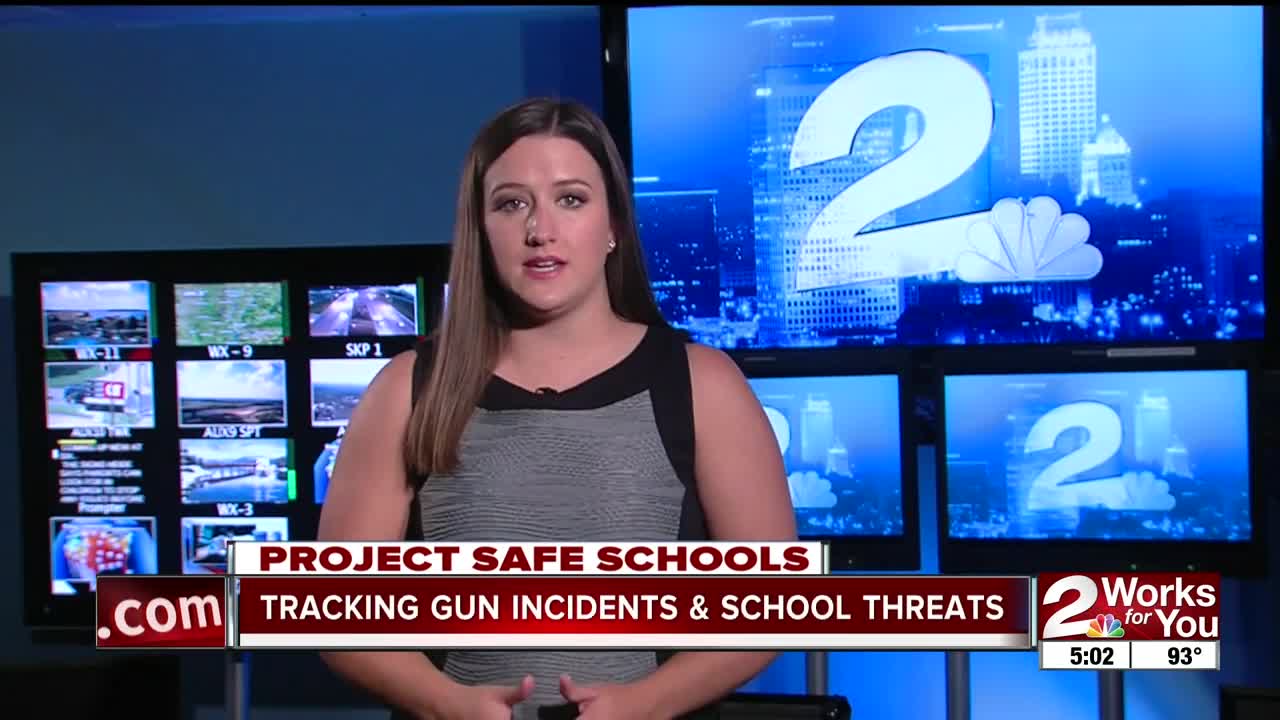 TULSA — One day after a former McAlester High School student was arrested on suspicion of making a threat, a juvenile was arrested for threatening the Yukon School District. Several other Green Country school districts have also dealt with threats recently.

While Oklahoma is not required to track the number of threats reported, it does track some other alarming numbers.

For the 2017-2018 school year, the report shows there were 44 statewide incidents involving firearms and 40 students suspended in connection with gun-related incidents. No one was hurt in any of these situations.

Additionally, the Oklahoma Department of Education's annual school incidents report says there were 28 bomb threats for the 2017-2018 school year. There were also 797 incidents involving knives without injury and seven incidents with knives where there was an injury.

Some signs parents can look for in students include depression, isolation and avoiding social interactions to play violent video games.

Many districts have their own reporting systems, some even have apps. Anyone can report a threat anonymously through the Oklahoma School Security Tipline.