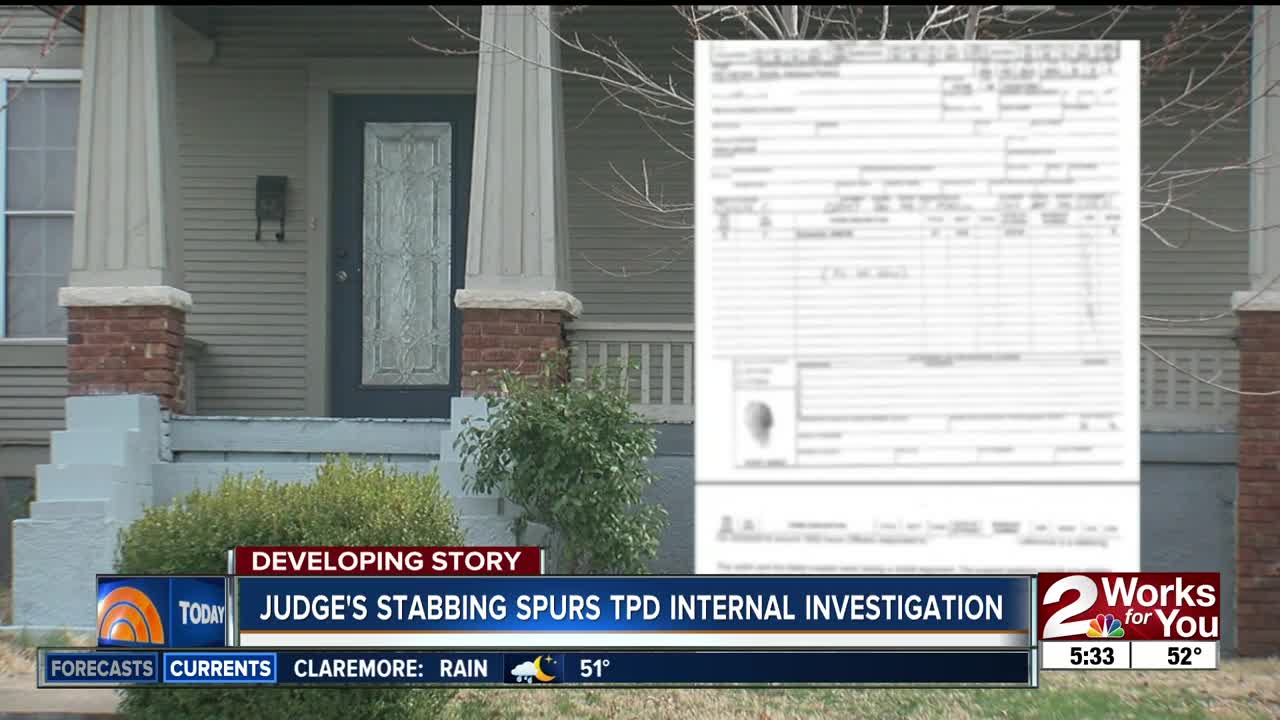 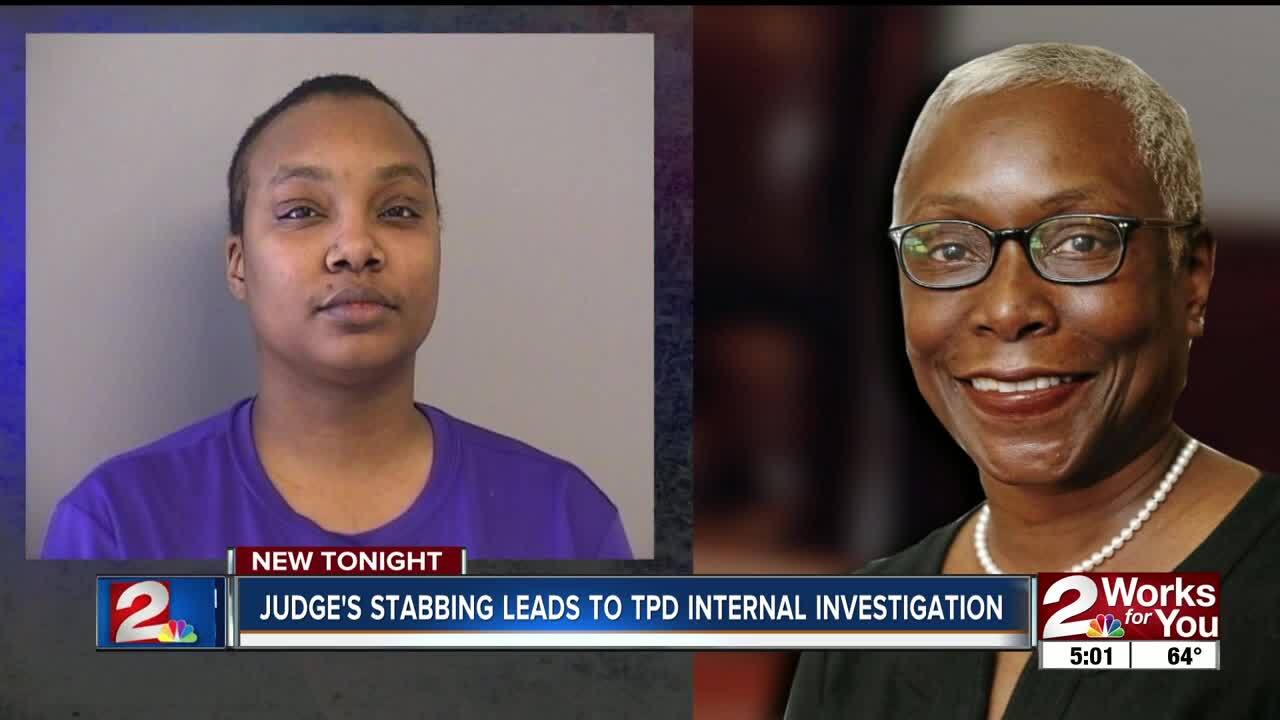 TULSA — The stabbing of a well-known Tulsa County judge is now forcing an internal investigation within Tulsa police.

An affidavit says Judge Sharon Holmes was stabbed by her daughter in the leg during an argument.

In a statement from Tulsa Police Chief Chuck Jordan, he says the department is going to be investigating the facts of the assault on Judge Sharon Holmes and the subsequent investigation.

A Tulsa police spokesperson says the incident was first classified as an accidental injury case, but was later re-classified as domestic violence.

A week after the March 2 assault, an affidavit says Judge Holmes identified her daughter as the suspect.

Police arrested Adrienne Smith over the weekend for domestic assault and battery with a dangerous weapon.

Now how the case was handled is coming into question.

Tulsa City Councilor Vanessa Hall Harper is speaking out, saying her husband - Tulsa Police Sergeant Marcus Harper - is being targeted by this internal investigation over how Judge Holmes' assault case was handled.

By now, I am sure many of you have heard the news regarding my husband Sgt. Marcus Harper. My husband, the President of The Black Officers Coalition and who has been with the Tulsa Police Department for 24 years. Marcus has always been respected by his colleagues and respected in this community. We all know he has been vocal on improving the relationships between law enforcement and the community. Marcus has spoken in support of the Mayor’s decision to implement the OIM (Office of Independent Monitoring), he spoke out about the state's position on open carry and how it would affect the black community, he also, stood by my side when the FOP came against me. If that isn’t enough, he is also married to me. The only black City Councilor on Tulsa’s City Council who is challenging this system and has made a lot of people upset, especially law enforcement. It is no surprise that my husband is being targeted for challenging and pushing for a better Tulsa. Unfortunately, everyone isn’t ready for change and pushing for the kind of change that we need regarding law enforcement in Tulsa, makes a lot of people uncomfortable. However, when you do, it ends in retribution. Historically, whenever black people challenge the system of white supremacy retribution is a given. I want to thank all those who have reached out to me and my husband during this time. Throughout our 25 years of marriage, I have never seen Marcus so distraught by the attempt of others to attack his work ethic and character. We can definitely use your prayers and positive thoughts. I am not asking that my community take pity on my family when so many other families in my community have dealt with the pushback, retaliation of law enforcement. It is a real thing in my community and other communities. There are also families who are dealing with far more worse situations. We are confident that in the end, the truth is powerful and it will prevail. I want my community to know that WE will never stop fighting for our community. Ella Baker once said, “We who believe in freedom cannot rest until it comes.” - Vanessa Hall Harper, District 1 City Councilor

The department says if there is an allegation of misconduct by any officer they are obligated to either prove or disprove what has been brought to their attention.

There's a lot to this story that's sure to continue to unfold.

Smith's bond was set at $10,000 in a hearing on Monday and she is scheduled to be arraigned on March 19.