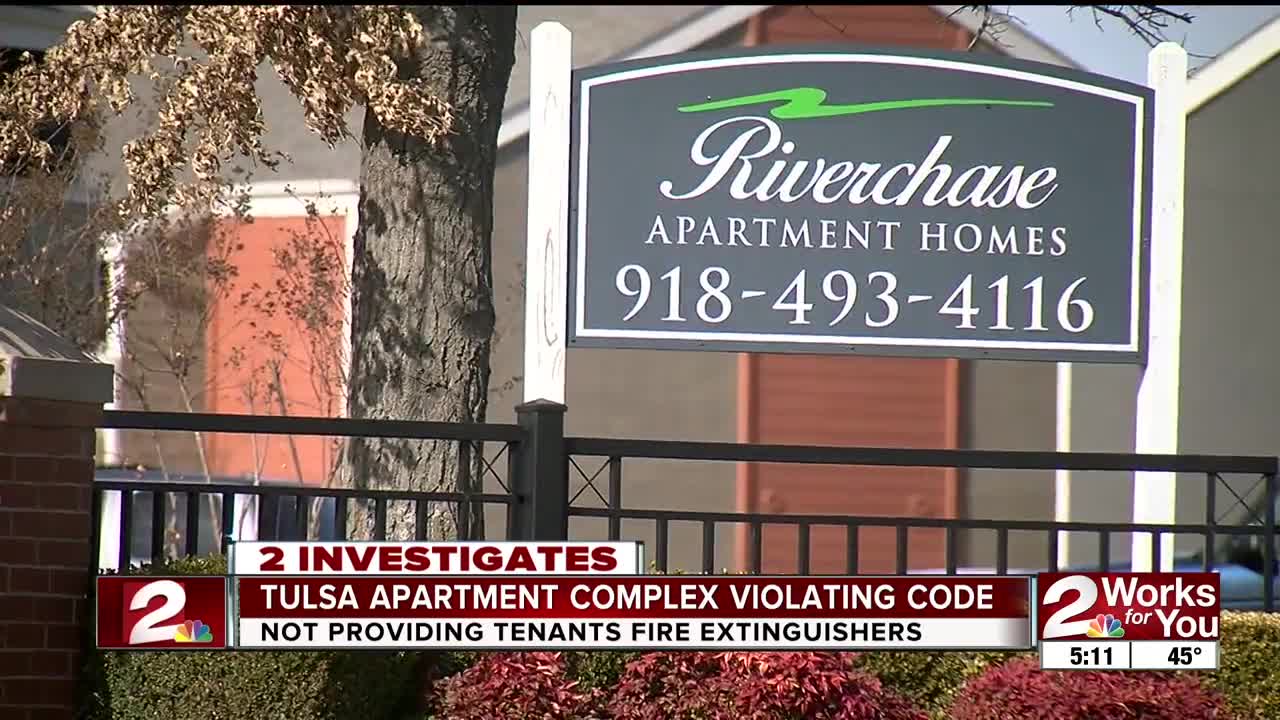 TULSA, Okla. — A south Tulsa apartment complex is working to meet fire code after 2 Works for You investigators found it was in violation.

People at the Riverchase apartment complex are worried about another massive fire breaking out. They've been living in their homes with no access to fire extinguishers.

The apartments near 81st and riverside went up in flames back in September and tenants said they were told extinguishers would be added soon.

Tenants said they’re growing frustrated with the complex and some have already moved. They recall the fire back in September, which left them in shock.

“All we heard on the news was that Riverchase was on fire,” Andrew Folsom, a former tenant said. “That was my first concern, is my family is at home, is my family safe?"

The incident made some tenants more aware of their surroundings, which got them thinking: Where are the fire extinguishers?

“When we moved in two years before they [said] we are going to have these extinguishers put in your kitchen and outside your mailboxes,” Folsom said.

He said his apartment never had an extinguisher and there wasn't one outside either.

2 Works for You found that fire code requires landlords to provide fire extinguishers for everyone on the property. Apartment complexes have two options to meet code, which states residents should have a small extinguisher mounted inside their apartment or a larger extinguisher mounted outside located within 75 feet of each unit.

Our team asked residents and even looked around the property but didn’t find any extinguishers.

The issue forced Folsom to move out.

“As of Jan. 17 when I left, I still didn't have any fire extinguishers,” he said. “Somebody needs to do something to get them to do the right thing."

After contacting the fire marshal’s office to investigate, our team took the issue to Riverchase management, owned by Timberland partners.

The property manager said there wasn’t much she could say except that management was working on the problem. Timberland officials issued a statement over the phone stating:

The fire marshal’s office said they have issued a warning to the property who has an allotted amount of time to meet code before a citation is issued.