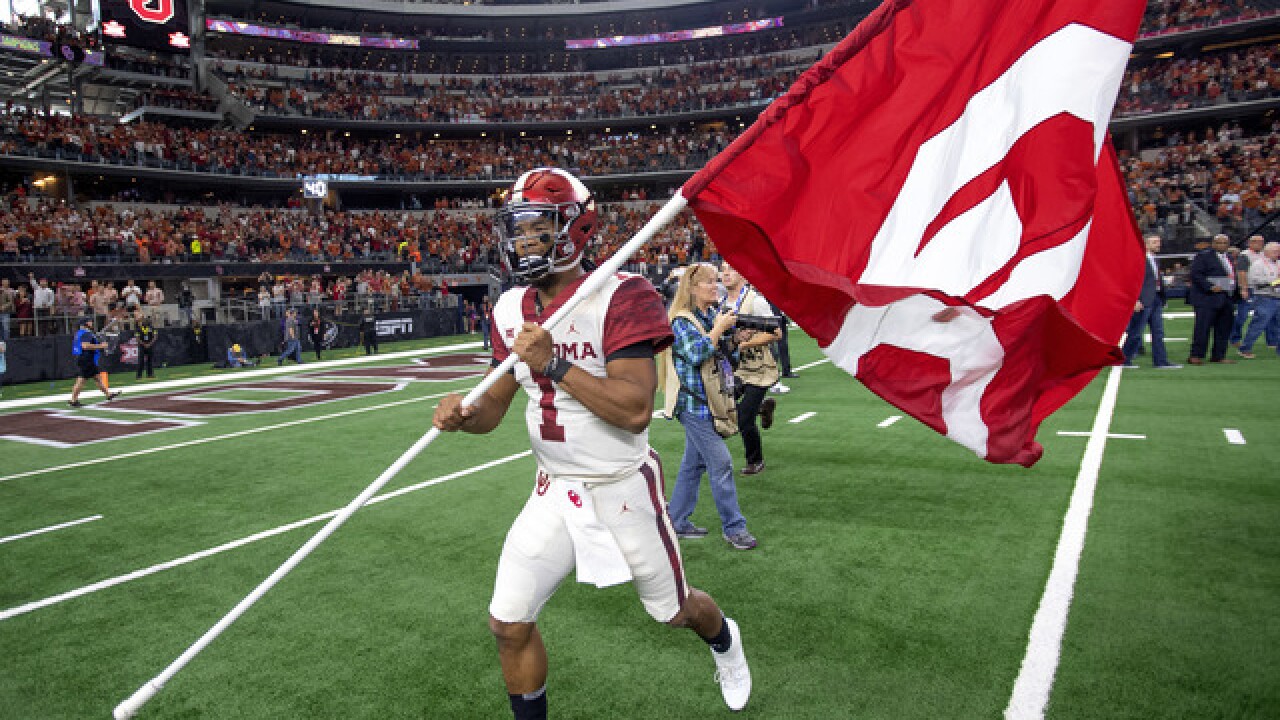 Oklahoma Sooners quarterback Kyler Murray is the best college football player in all the land as he's named the winner of the 2018 Heisman Trophy.

Murray was considered the favorite for the award, beating out Alabama QB Tua Tagovailoa and Ohio State QB Dwayne Haskins.

The Heisman is awarded to the top athlete in college football.

The win for Murray also marks for the first time since 1946 that two players from the same school have won the Heisman back-to-back. Former Sooners QB Baker Mayfield won it last year.

Murray threw for 4,053 yards with 40 touchdowns and seven interceptions.

On Thursday, Murray won the Davey O'Brien Award, which goes to the nation's top quarterback in college football. He was also awarded the Associated Press' College Football Player of the Year.

Former teammate Baker tweeted out his excitement after Murray won the award.

LETSSSSS GOOOOOO!!!!!! BACK TO BACK

Mayfield also posted on his Instagram page of how proud he was of Murray.

AND THATS WHAT WE CALL BACK TO BACK. YOU DESERVE IT K1. So proud of you man. Enjoy every second of it. Absolutely nobody can put a ceiling on you.... Football or baseball, follow your dreams brotha. K1!!!!! Welcome to the Heisman family #OUDNA

Murray and the No. 4 Sooners will face No. 1 Alabama in the College Football Playoff semifinal game Saturday, December 29.