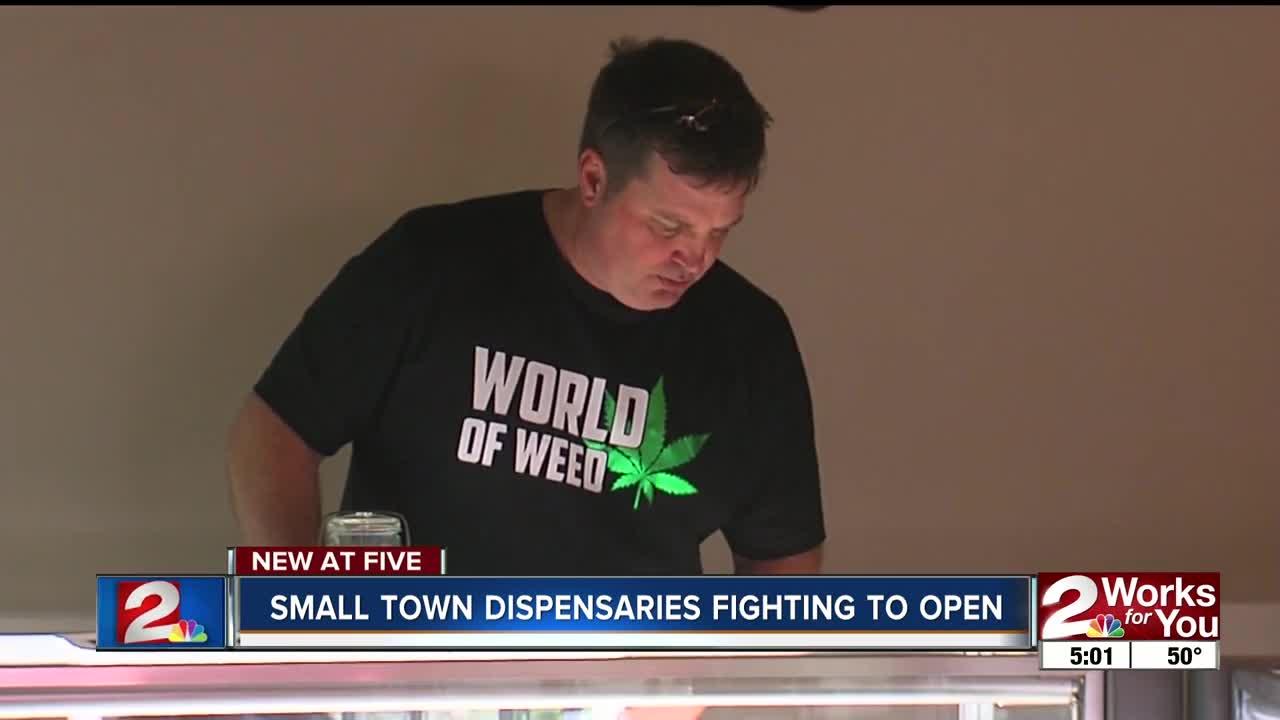 COLLINSVILLE, OK (KJRH) — Ever since State Question 788 passed, dispensaries across Green Country have become the first in their respective towns to open, but many of them have had to jump through hoops and pay extra fees to do so.

Brad Peixotto celebrated opening day of World of Weed in Collinsville after months of preparation, but it almost didn’t happen. Just days before opening, he received a vague notice from Collinsville Code Enforcement saying the store wasn’t allowed to open for business.

Collinsville City Attorney Ken Underwood says it was because Peixotto never filled out or submitted an application in the city of Collinsville, which carried with it an $1100 fee.

"It says that you cannot open the store on January 15, and you need to take your sign down," Peixotto said. "And there weren’t any reasons or code violations given."

His attorney Ronald Durbin says pushback from towns has become a common issue - one he sees far too much.

"They’re treating cannabis, medical cannabis, like it’s alcohol," Durbin said. "The citizens of Oklahoma decided medical marijuana is an alternative medicine, and it should be treated as a medicine."

Durbin compares the passing of medical marijuana to when prohibition was lifted in the state. He says it could have to take a supreme court ruling in a Broken Arrow case to provide clarity on how towns can set fees, and treat new dispensaries.